Semiconductors represent a critical technology essential for modern electronic products from digital communications to transport, healthcare and defence. Our reliance on semiconductors was brought into sharp focus with the recent shortage, which affected many automotive companies unable to complete production due to a lack of specific chips. These shortages highlight the fragile nature of complex global supply chains.

The recent publication of the Innovation Strategy by the government Department for Business Energy and Industrial Strategy (BEIS) stated, “Semiconductors have become an area of intense geopolitical interest. We will evaluate the nature of the support the government already gives the sector to support UK capabilities.”

Semiconductor supply chains are complex, involving multiple processes and technologies delivered by specialist companies located around the world. A simplified representation of the supply chain is shown here. 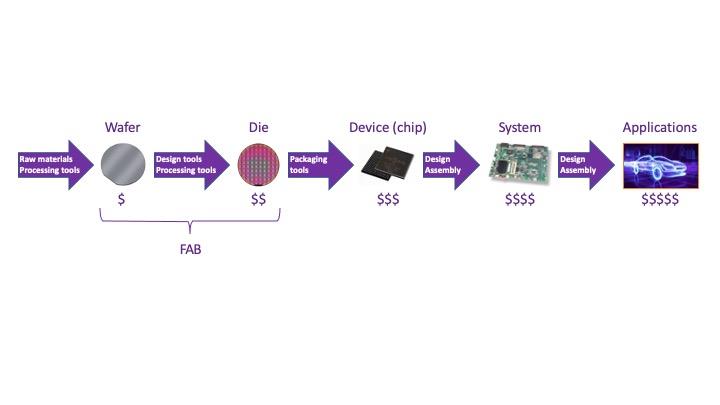 Some fabs operate an ‘integrated device manufacturing’ (IDM) model; this means they conduct research into chip design and manufacturing processes, then manufacture and market their own chips. Other fabs operate an ‘open foundry’ model, which means they conduct research into manufacturing processes, but manufacture chips for third parties, rather than their own chip designs. Over the years, there’s been a trend for fabs to move towards an open foundry model, as this often provides greater utilisation.

A further complexity with silicon semiconductors is lithography, or process node, which refers to transistor dimensions on the chip. The most advanced silicon chips use a 5nm lithography process, supporting upwards of 10 billion transistors per chip, which are required for smart phones and artificial intelligence. However, the widest variety of silicon chips use lithography processes in the range 28nm to 65nm, supporting between 50 million and 1 billion transistors per chip.

The UK’s capability within each semiconductor group can be summarised as follows: 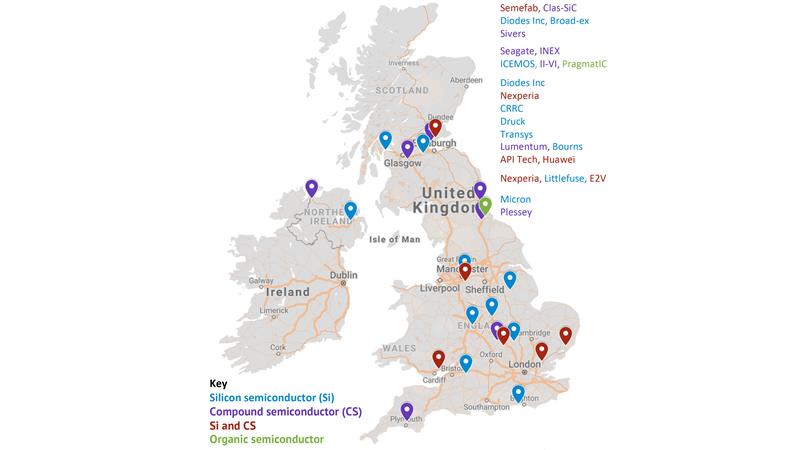 The Catapult is a non-profit research and technology organisation (RTO) set up to grow the UK economy by helping companies develop advanced electronic products using compound semiconductors to deliver system level benefits. The Catapult does not develop its own products, but helps other companies develop products by de-risking research and innovation, and building UK supply chains.

Since its inception, the Catapult has initiated over £140m of projects, working closely with UK fabs by incorporating their chips into projects with tier 1 manufacturing companies. In one project supported by Innovate UK, called M-PowerD, the Catapult is working with INEX, a leading gallium nitride (GaN) fab, to develop a low cost, high voltage GaN power transistor for applications in power electronics, machines and drives (PEMD).

In another project called ESCAPE, supported by the Advanced Propulsion Centre (APC), the Catapult is working with CLAS-SIC, a leading silicon carbide (SiC) fab, and McLaren Applied Technologies to produce an end-to-end supply chain for power electronic inverters for the automotive industry.

By applying this model, the Catapult takes a leading role in building resilient UK supply chains, from fab to application.