Welcome to the bio-processing revolution

According to Richard Vellacott, CEO of BiologIC Technologies, there are three major challenges facing humanity.

These are certainly big questions for some very challenging issues, but BiologIC is working on a technology that might just help provide some answers.

“Today we have a once-in-a[1]generation opportunity to not only address but to actually solve these challenges.

“I don’t believe that we can wait for classical technologies and approaches to deliver the solutions that we need,” argues Vellacott.

To better understand biology and to create new treatments, for example, BiologIC has developed a biocomputing platform.

It’s a platform that is capable of providing, what Vellacott describes as, ”a radically different generation of highly integrated life science automation that will allow us to develop and execute novel, high-value biological workflows in powerful, affordable and application-specific 3D bioprocessing units that contain dense integrated sensing.”

The company’s biocomputer platform integrates Industry 4.0 technologies to deliver what it calls a ‘bio-revolution’ that will help solve the challenges highlighted by Vellacott, but in an environmentally sustainable and economically accessible way.

“We are at the very beginning of this bio-revolution,” according to Vellacott.

“Research suggests that as much as 60% of the world’s physical inputs could be made by using ‘biology-by design’.

“That process could see the development of new foods, materials, fuels, and medicines and would be significantly more powerful,” Vellacott believes.

The issue with the ways in which today’s biotechnology/life science research is conducted is that it’s constrained by the underlying technology that’s used.

According to Vellacott, “Today’s technology is poorly integrated, there’s a lack of innovation and, as a consequence, developments are slow. There is certainly an unmet demand for the bio-processing capabilities we’re able to provide.”

By using insights and experiences inspired by the semiconductor industry, BiologIC’s 3D bioprocessing unit brings life sciences and technology together in a way that will accelerate advances in research, diagnostics, and therapies and also help to power the next generation of synthetic biology at scale, according to Vellacott.

The term ‘paradigm shift’ is often used when it comes to innovation but in the case of the work being undertaken by BiologIC it’s a fair assessment of what they’re looking to achieve.

“If you look back to the early days of the electronics industry mainframe computers were big and complicated. They were good at some things but not particularly versatile. They also required a lot of expertise to be run correctly.

“Now, if you look at today’s biology laboratories, they’re in the same place. These laboratories tend to be big; they use specialist robots which require skilled operators; and use poorly integrated instruments.”

Vellacott believes that as a result, the creativity and productivity that’s needed just aren’t being supported.

“We want to fast forward biology,” says Vellacott, “and we want to make it more creative, collaborative, and productive so that we can really unleash the creativity of scientists working in this space.” 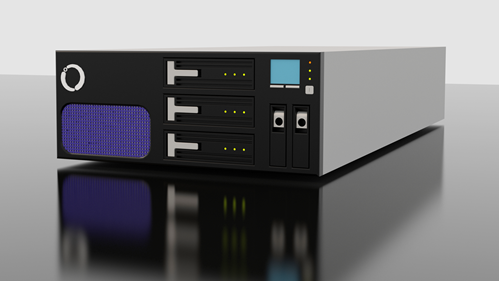 By using new 3D architectures, it will be possible to deliver more powerful, smaller and highly integrated life science automation.

“We need a combination of extreme power, integration, and flexibility that will help scientists in driving developments in synthetic biology and to provide more bespoke solutions,” says Vellacott.

He makes the point that the company is on a mission to provide scientists with applications that can run biological workflows at what he calls, “the speed of thought.”

“By leveraging principles from the electronics sector we’ll be able to discover new biology, manufacture tailored vaccines at pace or develop new products. We’re looking to leverage 3D printing and apply electronics in a ‘clever’ way so that new value can be created,” Vellacott explains.

“3D technology is at the heart of what we are looking to do. It’s not about creating prototypes but rather about creating a new technology to build products. Critically, when it comes to 3D printing the complexity is free and it’s possible to build much greater complexity into smaller volumes, building a much denser footprint,” according to Vellacott.

“What I mean by that is that it will be possible to create integrated circuits, valves or optical wave guides in a single device to process fluidics and biology but do so in devices that are no bigger than a few centimetres squared. We want to replicate the success seen in the electronics space – technology is now everywhere, and we want to see the same with biology.”

The core of the company’s product is a 3D bioprocessing unit which contains complex 3D fluidic circuitry that performs all the functions that are usually associated with a biological laboratory.

This ‘lab-in-a-box’ plugs into a universal instrument, in the same way that computer chips are plugged into a motherboard, providing a system that makes it possible to programme biology.

“Our inspiration is the way in which silicon chips are designed,” says Vellacott.

“By using additive manufacturing ‘digital hardware’, with all the design information held on a computer, solutions can be developed and rolled out rapidly, in the same manner as software updates. Being able to iterate the hardware as rapidly as the biology means that scientists are able to explore a more experimental space with high-quality characterization data, at much greater throughput.

“In addition, the extensive use of sensors means that our bioprocessing units will be compatible with artificial intelligence, so we’ll be able to drive new waves of processing supported by machine learning and enhanced computing power.”

Employing Industry 4.0 and the Internet of Things it will also be possible to co-ordinate the work of separate units across multiple sites, and even develop new therapies at the bedside of patients.

“Conventionally that type of work has always had to be done in a laboratory. Our unit will make it possible to take a patient’s cells, genetically reprogramme them and return them to the patient in a matter of hours to combat an illness such as cancer, for example.“

Another interesting application is employing these devices in the field to counter the spread of pathogens on air transport.

“The detection of pathogens on planes could counter diseases like Covid being spread unintentionally. You could employ one of our units on an aircraft and during its flight sample the air for pathogens, variants, or diseases.

And this technology is not just suitable for here on earth but could be deployed in space to process biology in totally new ways.

BiologIC is playing an important role in the drive towards new biological capabilities and has been awarded a number of grants and awards to support its research.

The latest is a Biomedical Catalyst grant of £435,000 from Innovate UK, as part of a UK-based consortium, to develop an Advanced Fluidic Control System for continuous bioprocessing.

“We’ll be deploying our 4.0 technology platform to develop a smart fluidic system with integrated inline sensing, enabling the control of a continuous flow between unit operations in the manufacture of biologics such as monoclonal antibodies, vaccines or other therapies,” explains Vellacott.

He continues, “Our technology gives us the ability to integrate many multidisciplinary capabilities in powerful new ways that will allow us to take a holistic approach in unlocking the power of biology. I believe that BiologIC is well placed to create significant disruptive value through powerful new applications of synthetic biology.”

The IVI revolution has begun