The Telecommunications Infrastructure Project is looking to apply open source technologies to next generation fixed and mobile networks.

The Telecom Infra Project (TIP), conceived by Facebook to light a fire under the traditional telecommunications infrastructure market, continues to expand into new areas.

Launched at the 2016 Mobile World Congress in Barcelona, the highly disruptive project takes an open ecosystem approach to foster network innovation and improve the cost efficiencies of both equipment suppliers and network operators.“We know from our experience with the Open Compute Project that the best way to accelerate the pace of innovation is for companies to collaborate and work in the open. We helped to found TIP with the same goal - bringing different parties together and strengthen and improve efficiencies in the telecom industry,” according to Aaron Bernstein, Director of Connectivity Ecosystem Programmmes at Facebook.

The project was launched by Facebook, SK Telecom, Intel, Nokia and Deutsche Telekom with the aim of improving global connectivity, notably in areas that currently lack access to the Internet or mobile signals.

BT, Vodafone and Telefonica soon joined the party, and all now have representation on the TIP board. Conspicuous by their absence are the big US mobile operators, and the likes of Ericsson and Huawei.

The group boasts 500 members, and last November’s 2nd annual TIP summit in Santa Clara, California, saw 1200 attendees, up from 400 the previous year. “Unfortunately, the number of active members contributing to research and development in a meaningful way is more like 100, with let’s say 80% of members simply monitoring progress,” explains Axel Clauberg, VP of Transport, Aggregation and IP at Deutsche Telekom and current chairman of the TIP. “Such a transformative project takes time to embed. Look at Facebook’s previous initiative in the area, the Open Compute Project, that took some five years to gain real traction.” 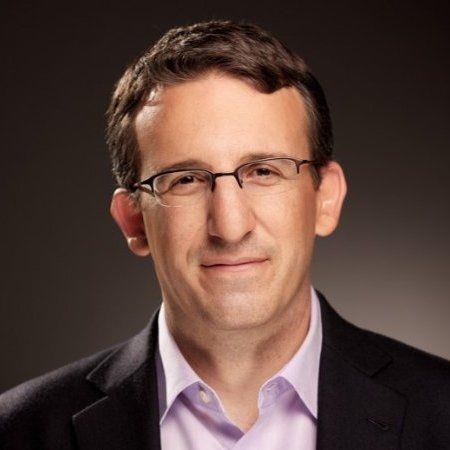 The TIP is not just an altruistic initiative on Facebook’s part. At its core, it is trying to solve a problem partly created by the company, which depends hugely on the network operators’ ability to keep pace with the explosive growth in bandwidth demand.

Neither is it a coincidence that the projects under way include collaboration into areas such open-source based long distance antennas that will help bring Internet to remote locations and developing tiny cellular base stations that could be planted on street lighting to speed deployment of wireless services.

Axel Clauberg points to another reason operators are keen on the TIP approach as “one of the ways we could and must improve on capital efficiency. We are seeing massive growth in data traffic, and yet are struggling with flat ARPU’s in many markets.

“We really need more radical and disruptive approaches to improve on the way we develop and implement existing infrastructure, while maintaining good relationships with our existing suppliers.”

The TIP chairman also points to another stark reality for network operators and, to a lesser extent their suppliers. “The best, brightest people leaving colleges and universities want to work for the big and increasingly influential web companies such as Facebook, Google and Amazon, or do their own thing and try creating start-ups. We, are struggling to attract the talent that for decades we took for granted.”

Interestingly, the large US carriers –such as Verizon, AT&T and Sprint – have not joined the initiative, and to date the only big North American carrier on board is BCE (Bell Canada) and some of the mid-size cable networks such as CableLabs and Equinix. 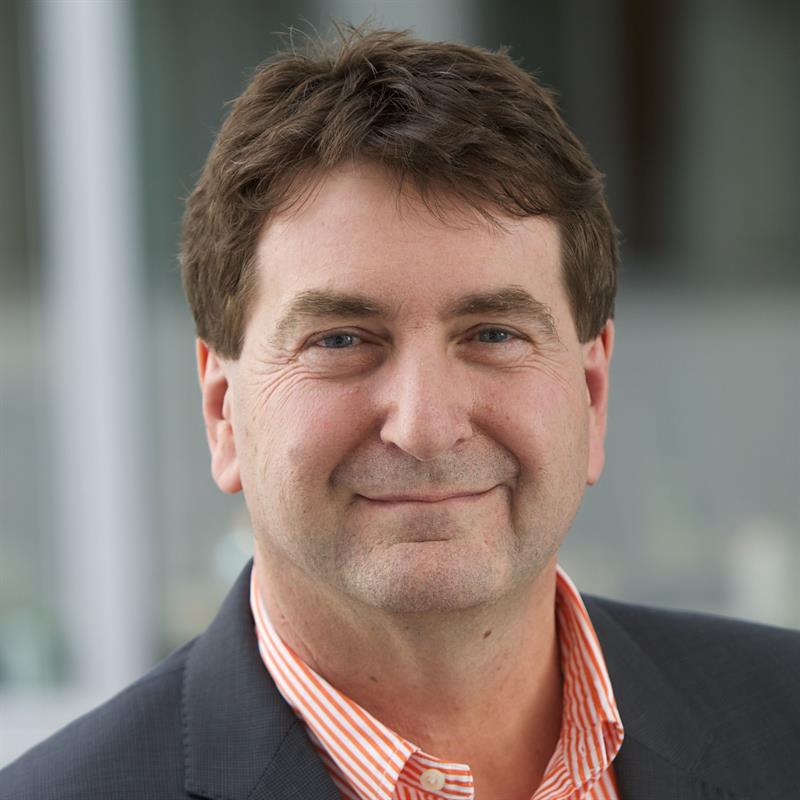 There are also some glaring omissions on the infrastructure equipment side. Nokia is a founding member, but has contributed very little to the ongoing development work, and Ericsson seems less than enthusiastic to sign up.

“Facebook is giving the impression telecoms infrastructure is expensive today and its approach will lower costs. We disagree. Our and other suppliers’’ gear still offers excellent ROI for the operators,” suggests Martin Backstrom, Head of Technology and Portfolio in the business area section in Ericcson. He continues, “They are also pushing the idea that the project is targeting better connectivity in emerging markets and remote areas.

Having worked for many years at a major operator in The Philippines, the real problems relate more to the cost of getting electricity to remote base stations and finding concrete roads to help erect the necessary towers and accompanying infrastructure. This is misleading. Minor improvements in the cost of electronics in infrastructure gear will not make a big difference here.”

Criticism of the project

Clauberg was assertive about criticism from some that the TIP project was undermining the industry’s standardisation efforts. “We are most definitely not replacing standards bodies and our work in no way undermines the strenuous efforts towards what we all believe is a hugely important issue – a good outcome to the efforts towards 5G standardisation.

“This is a critical challenge for the industry.”

Nor does the TIP chairman accept that ‘open source’ is an issue.

He suggests there seems to be some confusion between ‘openness’ – basically interoperability between infrastructure solutions offered by different vendors but based on standard interfaces and APIs and ‘open source’. Clauberg stresses there is room for both approaches within the project and notes that two of the working groups follow the ‘royalty free’ approach, such as OpenCellular, which is targeting cheaper base-stations, while the majority have opted for the RAND licensing approach - the so called “reasonable and non-discriminatory” licensing terms, which is more licensable. This, Clauberg suggests, accurately reflects the IPR reality faced by the industry, “so start-ups wishing to join up or chosen to work within the group should not be worrying about their Intellectual Property Rights.“

Another criticism of the TIP is that there are just too many projects and that it would be better to just focus on some key issues facing the sector.

This the Board clearly rebuffed at last November’s TIP Summit, where, instead, a number of innovative work groups were launched. One of these, led by BT, focuses on end-to-end network slicing, the concept of automatically provisioning a cross -domain data pipe that specifically targets the requirements of a particular service , whether of low-capacity, intermittent IoT use or a high capacity, latency sensitive use case. The work should be particularly relevant to new and upcoming network architectures, suggests Clauberg.

The ultimate target is to make mmWave complementary to fibre as a broadband option, and the group will focus efforts on the 60GHz band that can support the bandwidth required by almost all current and fast emerging applications such as 4K video streaming and smart sensors.

The group is building on some of the data and the lessons Facebook gleaned from its Terragraph project. This involved building and running field trials of a 60GHz multi-node wireless system that the company says overcame the signal range and absorption limitations that to date have confined this frequency band to indoor use.

Bernstein highlights progress by the OpenCellular project developing cost-effective and sustainable base stations that are undergoing both lab and field trials with an all open source platform. “Vodafone, MTN and Telefonica are among the leading operators looking to use OpenCellular to potentially serve millions in small rural towns and villages that lack network coverage,” he says.

The LTE eNodeB reference design is provided by Cavium, while NuRAN Wireless designed the 1800MHz front-end. Facebook and Keysight devised the firmware software and testing infrastructure, and a series of radio and core interoperability testing yielded Rev-B spec performance. The next step is to devise systems that will work at lower frequencies (700 MHz, 800MHz and 850MHz).

A separate aspect of the project is the development and field testing of an open source power system dubbed OpenCellular Power specifically for rural deployments. The work is a joint effort linking Delta, Facebook, Bel Power, Panasonic and Clear Blue Technologies. Key features include the ability to power a maximum load of 150W through five individually monitored and switchable DC output lines; input of up to 150W of solar power, grid power (via an adapter); Lithium ion battery modules that can last for over 5 years; and open interface specifications to allow incorporation of HW and SW modules.

Another new initiative is the Artificial Intelligence and Machine Learning group, co-chaired by Deutsche Telekon and Telefonica. Amongst the projects planned is work towards techniques that can spot and predict network outages; network planning routines that can, for instance, help operators put cell towers in optimal locations; and exploring how latency-critical services such as autonomous cars can be refined by predicting customer behaviour. 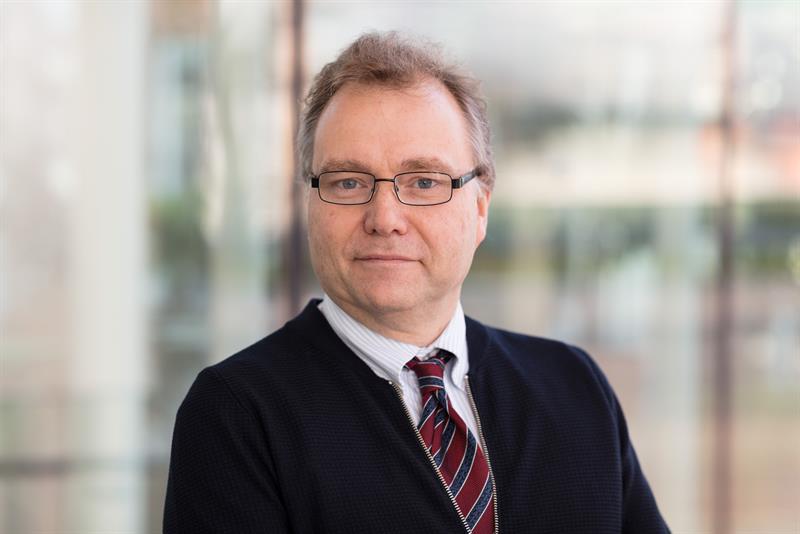 Perhaps the most important and concrete successes of the TIP to date has been the development of Voyager within the Open Optical Packet Transport group. The white box DWDM transponder and router is now going through the final stages of engineering, and Clauberg says continues to gain momentum worldwide.

ADVA Optical Networks has been working closely with Facebook engineers on the design, and the German company has started taking orders for the transponder. The device uses a Broadcom Tomahawk switch ASIC, which Facebook also specified for the Wedge 100 switch designed to drive down costs in the same way in the data-centre sector.

European carrier Telia has used Voyager to close an optical link of over 1000km at 200G, using 16QAM. Orange has also been trialling the device in Senegal and Equinix and MTC in South Africa, while South American carriers have also stated field trials. Vodafone said it too is planning field trials in Europe this year.

The OOPT group is chaired by Hans-Juergen Schmidtke, Facebook’s director of engineering, who is said by insiders to have been one of the instigators of and the driving forces behind the whole TIP crusade.