What needs to be done to capitalise on good ideas?

Britain has a poor record when it comes to the commercialisation of innovation, begging the question ‘Is the UK’s innovation system broken?’

Any government aims to create an economy that delivers prosperity – and innovation should play a central role. While the UK may have a reputation for innovation, it has a poor record when it comes to commercialisation of new ideas or in embracing technological change.

Despite growing collaboration between industry and academia, the question of whether the UK’s innovation system is working or – as some critics would suggest – is broken lacks a conclusive answer.

The question may well have been complicated by Britain’s decision to leave the EU. The UK has attracted significant innovation funds from Europe and no one knows what the implications are for future funding will be – reports already suggest that UK universities are being excluded from EU funded projects and are coming under pressure to quit collaborations.

While the UK can still be described as a high-tech economy, it does not have a particularly distinguished record when it comes to investment in R&D.

According to Professor Richard Jones, Pro Vice Chancellor, Research and Innovation, Sheffield University, pictured: “The UK is currently experiencing an extended period of weak productivity; the worst in the last 45 years. Productivity is connected to innovation so, in order to understand the UK’s weak performance, we need to look at the low intensity of R&D in the economy.

Is this the ‘new normal’ or are we experiencing an extended period of stagnation? There is no conclusive evidence.

In its most recent Innovation Support Report Card, manufacturers’ organisation EEF sought to gauge how its members thought about innovation in the UK and how it compared against its European competitor nations.

According to the Report Card, the UK is seen as having a world-class science base and a competitive R&D tax incentive structure. But, unlike a number of leading economies in Europe, the UK was thought to lack a well-linked ecosystem of support for businesses, such as the Fraunhofer centres in Germany, which enable ideas to run seamlessly from conception through to the marketplace. The relatively recent development of Catapult Centres can be seen as an attempt to redress this.

So can UK companies improve levels of productivity and innovation?

For an economy the size of the UK’s, and with one of the largest manufacturing sectors in the world, the answer is ‘not obviously’. But there are exceptions.

“One positive story is the car industry,” suggests Prof Jones. “Since the depths of the last recession in 2008, over what has been a relatively short period of time, it has seen a significant increase in research and development – up by more than 60% in real terms – and now accounts for 11% of all UK R&D expenditure. Output has soared and its contribution to the overall UK economy has jumped.

“It has been a real success and this suggests that, if the right conditions are put in place, then the UK is capable of creating industries that can generate value quite quickly.

“However, most of that investment has come from foreign owned companies and through, to all intents and purposes, a government inspired industrial strategy that has supported the automotive industry.”

For Prof Jones, it begs the question ‘Is the UK capable of driving innovation without foreign input?’. “Today, overseas companies account for 50% of the R&D that takes place in the UK.”

The Innovation Union Scoreboard, which compares the innovation performance of European countries, ranked the UK as 8th in 2015. While it was an improvement on 2014, the report card suggests that the UK still remains what it describes as an ‘innovation follower’, rather than an ‘innovation leader’.

According to EEF, making the UK the best place to innovate in Europe will entail intervention from the government to provide stability and ‘a long-term partnership approach with government to help address major challenges’.

Perhaps we are about to see a change in the Government’s industrial policy. UK business leaders have given a guarded welcome to the decision to create the new Department for Business, Energy and Industrial Strategy.

The new Secretary of State, Greg Clarke, has said that his department has been charged with ‘delivering a comprehensive industrial strategy’.

Terry Souter, chief executive of the EEF, said the move had the makings of an industrial strategy and the decision was welcomed as a move away from the ‘hands-off’ approach preferred by the Clarke’s predecessor Sajid Javid.

Javid disliked the idea of an ‘industrial strategy’ and moved away from the approach favoured by his predecessor Vince Cable, who had identified key industries and focused on growing Britain’s high technology engineering sectors.

“I think that, in the UK, we have ended up with a system that is very strong in basic science, but which remains weak at producing products and commercialising ideas,” argues Prof Jones.

That inability to commercialise innovation has been a problem for the UK economy for many years, although some would argue that it accelerated in the 1980s, with the rise of concepts such as shareholder value and financial engineering. 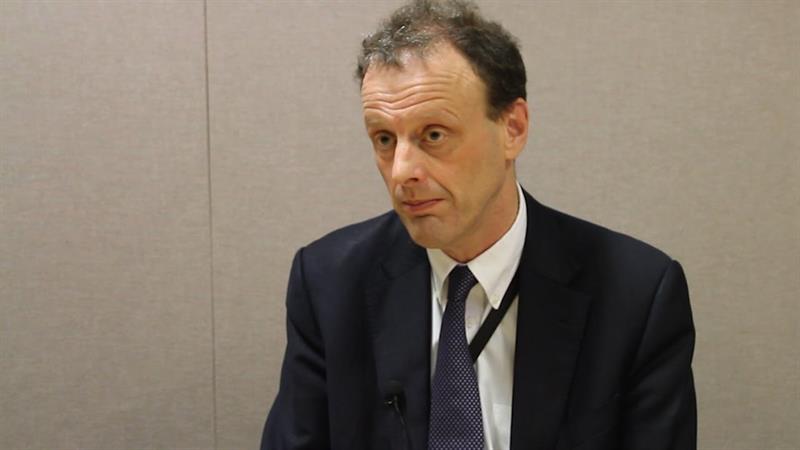 “What we saw was the demise of large conglomerates, such as ICI, which spent a lot on R&D and were significant global organisations. These companies were broken up to realise shareholder value and the corporate focus shifted to mergers and acquisitions and away from investing in new products and services.

“We have few companies today in engineering or electronics, for example, that could be described as world leaders and those were the types of company that, in the past, would have driven innovation and productivity.

“The manufacturing sector in the UK still accounts for around 11% of the economy and more than 50% of our exports, but worryingly it comprises of a long tail of smaller businesses that are unable to keep up with global trends in technology – they lack the necessary resources to invest.”

Prof Jones continued: “Since the 1980s, governments have focused on deregulation and greater labour flexibility in order to make the economy more competitive. That, in theory, should have made the economy more productive and more innovative – but it hasn’t. That begs the question: are we investing in the right areas?

“The UK certainly has innovative potential and, with the right conditions, can create new and vibrant industries – the car industry is a case in point.

“What has to be recognised is that the UK has lost a significant amount of capacity and it will take time to replace it. We need to have the right conditions in place to rebuild that capacity. We’ve not been short of advice. Over the past 15 years, we’ve had numerous reports on business-university collaboration as we’ve looked to create an environment capable of supporting and driving innovation.”

Innovate UK has a remit to support those UK businesses looking to develop innovative technologies and to create the industries of the future. By doing so, it helps to attract investment and gain access to investors, collaborators, customers and markets.

Since it was set up in 2007, it has invested more than £1.8billion in innovation, matched by the private sector, and returned up to £13bn to the UK economy.

The agency has a number of priority areas and a growing number of Catapult Centres. The Catapults have helped to lift the UK’s standing internationally and are seen to be working well, both in terms of the quality of people they attract and the facilities that have been developed.

The idea of Catapults first appeared in 2010 when Dr Herman Hauser proposed a UK network of centres where researchers could turn inventions into commercial products.

However, despite their development, the UK is still seen as having to play catch-up with other leading economies, where support for spin outs is more established and better funded.

The Catapults can give businesses and academics access to laboratories and equipment so they can develop prototypes and there have been a string of successes across various sectors from space and cell therapy to renewable energy and high value manufacturing.

Better links between universities and business are seen as crucial to encouraging the commercialisation of research and many universities are doing a lot more to engage with business.

“They have made great strides in supporting industry and business is spending a growing amount of money on contract research and on consultancy services from universities,” says Prof Jones.

Small and medium sized companies are increasingly keen to work with academia and the CBI is encouraging both business and universities to explore new arrangements for collaboration, including company sponsored doctorates and the hiring of university equipment.

“Not all SMEs will grow fast and innovate and support can come in many forms. There needs to be dialogue to find out what is appropriate,” suggests Prof Jones.

The UK has a growing number of technology clusters, including Cambridge, which has not only grown 14 technology businesses worth in excess of £1bn, but has also benefitted from the presence of Cambridge University. Another is Silicon Roundabout in London, which has specialised in web and app based digital products, and others can be found in Northern Ireland, the North East, Bristol and Manchester.

Clusters tend to focus on a particular technology, developing communities of expertise which collaborate and share information.

Universities have a vital role to play. Whether providing strong national and international contacts or links with leading companies, they are a vital source of innovation.

“Universities are the one bit of the innovation network that has stayed world class,” suggests Prof Jones. But he warns: “They are not Fraunhofers and it is difficult for many when they are expected to operate outside their areas of core expertise.

“Despite that, universities have a crucial role to play in rebuilding our innovation system in the UK.”

The UK’s innovation system may not be broken, but it needs careful nurturing. New structures, like the Catapults, are in place and the new Government may embrace a more active industrial policy, but risks remain. The UK remains too dependent on overseas investment to support innovation and Brexit may have consequences that have yet to be fully understood.

What needs to be done to drive demand from within the design community?

The UK prides itself on being innovative, but what is the result of that innovation?

VR can be good for your health

UKRI to be a 'world leading' research and innovation agency