At this year’s CES voice took centre stage as ‘big technology’ companies appear to view it as the next major evolution in computing.

CES 2018, the technology extravaganza held annually in Las Vegas, saw the unveiling of more than 20,000 new products from drones and emotion sensing robots to smart devices of all kinds and across the show artificial intelligence ( AI), data collection and 5G permeated many of those announcements.

At a pre-show CES keynote presentation by Intel’s CEO, Brian Krzanich, he described data as being the, “Unseen driving force behind the next great wave of tech innovation.”

“There was a tremendous amount of innovation both in new technology and in new applications that integrate those technologies,” said Robert LeFort, President of Infineon Technologies Americas.

“The use of AI across a wide range of products, combined with advanced sensing technologies is set to have a far reaching impact on people’s lives at home, in transportation and even just walking down a city street.”

LG and Samsung were among numerous companies that focused on the use of artificial intelligence and the development of connected products.

Half of Samsung’s press conference was dedicated to AI and the company said that connectivity would be the underlying driver for everything it would be doing over the coming years. It did suggest that it wouldn’t be until the 2020s that devices would start talking to one another and company appeared keener to raise awareness than unveil new products.

One such device was Oticon’s HearingFitness app, which the company said was the world’s first hearing health fitness tracker that looks to explore the full potential of advanced analytics.

The HearingFitnes app helps people with hearing loss to better understand how their behaviour and hearing health habits influence how effective their hearing treatment is and the impact it has on their overall health and well-being.

The range of products on show was, as always at CES, extensive and in their thousands.

Intel used its opening keynote address to demonstrate its 18-rotor, two-person Volocopter taxi drone on stage and then used a swarm of drones to light up the Bellagio fountains on the Las Vegas strip using 250 of its Shooting Star drones.

And while there were dozens of companies demonstrating the latest in drone technology there were also plenty of others that were exhibiting anti-drone solutions, with radar tracking and signal jamming solutions on display.

As always, a host of robots were in attendance and LG used its conference address to unveil Cloi, its home-helping robot which has been designed to provide an interface between the user and their consumer devices.

A live demo hosted by LG’s vice president of marketing David VanderWaal, however, didn’t quite live up to expectations and a large audience witnessed a one-way conversation develop with a largely unresponsive robot.

Certainly embarrassing, but commentators suggested that this failed demo provided a metaphor for much for the technology that was on display at CES this year. Many of the devices on show weren’t quite ready.

In terms of its footprint CES is now the fifth largest automotive show held in the US and, in many respects, it has stolen a march on the Detroit Auto Show that follows it.

According to LeFort autonomous and efficient mobility were the centre of attention this year.

“What is interesting to note is that while electric vehicles and autonomous vehicles are independent technologies it is now clear that from a product roadmap perspective, these technologies will be fully combined.

“This year the focus appeared to be on the integration of sensors and artificial intelligence for autonomous vehicles.”

For the first time, there was also a section at the show that was dedicated to smart cities.

“The smart city and smart home remain an area of emphasis for many companies in the consumer electronics ecosystem,” said LeFort. “Infineon, for example, highlighted several technologies in security and user identity, as well as solutions for wireless charging and the smart city infrastructure.”

What stood out at CES 2018 was the importance companies appear to now attach to voice, with most seeing it as the next major evolution in computing.

Smart speakers appeared to be helping to reignite interest in the smart home market with voice acting as a central hub or virtual butler and at CES the smart home concept saw a broad array of solutions on display, from heated toilets to leak detection services.

The battle to control the smart home via a virtual assistant, which includes Amazon’s Alexa, Google’s Assistant, Siri and others was certainly a hotly contested one and there were a huge range of gadgets on show that were using voice.

“Voice interfaces were certainly prominent across the show,” said LeFort. “A key to the success of voice will be the ability of smart devices to accurately sense the identity of speakers which will require high-accuracy microphones.”

The rivalry between market leaders Amazon and Google was particularly noticeable this year, as voice assistants appeared in things as diverse as showers, mirrors, light switches and microwave ovens. 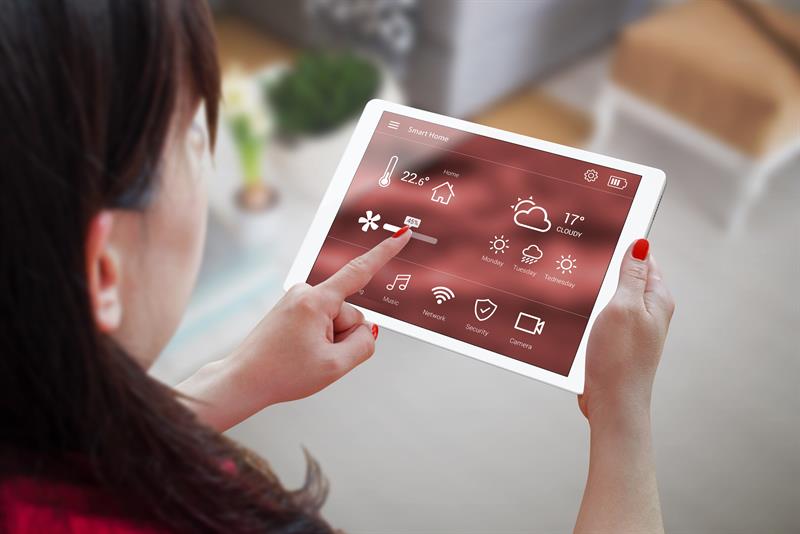 Beyond the smart home Google’s Assistant is also being added to more car entertainment systems and, for example, by using Android Auto is now able to offer a hands-free means of operating Google maps.

Google, like Amazon, has also started to open up its assistant voice system to third-parties and CES saw a growing number of manufacturers unveiling new smart speakers. LG, for example, launched smart displays with Google’s Assistant.

Qualcomm Technologies said that it was now supporting Android Things, the Google Assistant and other Google services on its Smart Audio Platform.

“The Smart Audio Platform allows traditional speaker OEMs to more efficiently join and participate in the growing smart speaker segment,” explained Anthony Murray, senior vice president and general manager, voice and music, Qualcomm Technologies International. “Demand for voice control and assistance in the home is rapidly gaining traction, and this platform is designed to offer much greater flexibility for manufacturers who are looking to deliver more differentiated user experiences.” 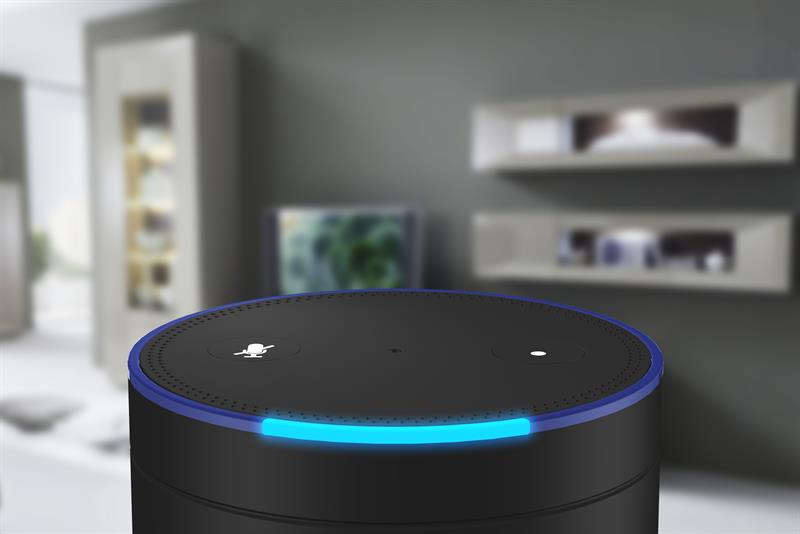 Ben Wood, chief of research at CCS Insight said of Google, Amazon, Microsoft and others that they were fighting “not only to cement their voice technologies, but to ensure their assistant platforms are deeply embedded across the full spectrum of consumer electronics to maintain and deepen consumer engagement.”

Market research suggests that voice commands will dominate searches in the next two years, and as consumers embrace the Internet-of-Things (IoT) voice, video and audio will converge as consumers look for a far richer sensory experience.

“Interacting with machines will be as natural as using your human senses,” said Martyn Humphries, vice president of consumer and industrial i.MX applications processor. “For instance, you can give a voice command to stream a specific TV episode and then ask a contextual question about the actor which initiates a search and displays results on the screen – all while your show is still streaming.”

Whatever the hype that surrounds many of the products at CES with 4,000 exhibitors and over 180,000 visitors, it remains a showcase for innovation from the smallest to the biggest companies.

Voice interfaces were prominent at this year's CES in Las Vegas