How a cross-industry initiative is looking to create a blueprint for robotics in the Fourth Industrial Revolution. By Neil Tyler

Predictions from different industry analysts suggest that alongside the industrial market the key growth markets for robotics in the coming years will be agricultural robots, social functioning ‘companion’ robots and assisted living robots.

According to Professor Manuel Giuliani, who leads the Bristol Robotics Laboratory’s (BRL) Embodied Cognition for Human-Robot Interaction (ECHOS) Team, these developments are unlikely to see robots completely replacing human workers, but rather we will see the rise of cobots, whereby robots will be deployed to work alongside humans.

Robots will operate and come into much close proximity with humans whether they are co-workers, patients or customers, than is currently the case, and that will require them to have full awareness of their surroundings and be able to adapt and change their behaviours in response to environment changes.

Workers coming into contact with robots will need to be trained to operate alongside them, but when it comes to the general public that is simply not going to be possible.

Jeremy Hadall, Chief Engineer for Intelligent Automation, Manufacturing Technology Centre, makes the point that, “Industrial robotics have been caged since their inception in the 1950s, with collaborative robots only being developed in the last ten years or so.

“One of the issues with the development of 'cobots' has always been how do we make them interact with humans safely yet still leverage the benefits large industrial robots can bring.

“By understanding that interaction we’ll be able to develop a more effective collaboration between humans and robots.”

There are certainly barriers that could prevent or delay the more widespread adoption of robotic technology. One of them is how we’ll look to communicate with robots - will that be via human dialogue, which is complex, or by gesture and body posture?

These are important issues but the role of the human is likely to remain essential – we’re talking soft skills, such as understanding employees’ feelings, coaching employees and ultimately creating a work culture – so the work of robots and humans will complement each other.

As traditional jobs disappear, so it’s likely that new and more skilled ones will appear.

Back in August a group of companies, including the likes of the Small Robot Company and the John Lewis Partnership, gathered at Google’s London HQ with the aim of accelerating the development of safe and ethical robotics that consumers would be able to trust, and they put in place a number working groups to come up with what will be the world’s first blueprint for Human Robot Interaction.

This blueprint for “Human Robotic Interaction” (HRI) is intended to be an open framework that will evolve over time.

Not only is it intended to be a ground-breaking initiative that will foster and accelerate the safe and ethical adoption of robotics across British industry, it is also intended to help define how autonomous robotic technology should interact with people in the real world across different environments and sectors.

Isaac Asimov, the famed science fiction writer, is credited as the founder of the first laws of robotics when in his 1942 short story ‘Runaround’ he outlined three rules that should govern robot behaviour.

These famous rules include: autonomous machines must not harm a person, they must always obey orders and protect its own existence but without compromising these other principles.

Today we are seeing an explosion in autonomous robotics fuelled, in large part, by Artificial Intelligence.

In the UK alone, active industrial robots numbers have grown by 30%, according to the International Federation of Robotics, highlighting the need for a framework to govern how robots interact with humans.

The HRI blueprint will look at and define the proper characteristics and states of the robot persona; how the user/ robot relationship should function; how robots should be properly programmed - to ensure people find them engaging, trust-provoking and safe; how a robot should interact within the boundaries of its geospatial map and how a robot should respond to humans it encounters during the course of its work.

According to John Vary, a Futurologist at the John Lewis Partnership, “Britain is a melting pot for robotics innovation and the use of autonomous robot technology, to assist human workers is a very real prospect for the future.

“Before we can get there, however, we will need to define how that relationship works.”

Ben Scott-Robinson, co-founder, Small Robot Company, adds: “Real world robotics is set to explode. Powered by AI, robots are now becoming truly autonomous, and we're about to see a massive influx of commercial robots into the consumer domain whether in our shops, our factories, our hotels, our streets and our fields. It's vital that consumers can trust and feel comfortable with these encounters.”

Other collaborators on the HRI initiative include the design consultancy Method, The Manufacturing Technology Centre, The Turing Institute, Dr Karina Vold of the Leverhulme Centre for the Future of Intelligence, robotics designers Konpanion and industrial robotics start-up ZOA Robotics.

“When it comes to the deployment of robotics, from the perspective of retail and the supply chain and distribution, we have been using automation for quite some time,” explains Gavin Jones, Innovation Manager at the John Lewis Partnership. 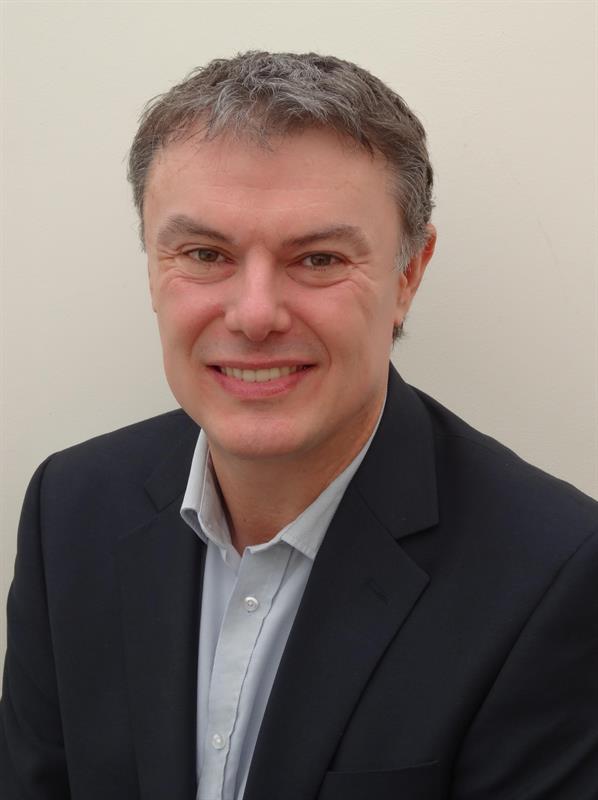 “At the company’s state-of-the-art semi-automated warehouse at the Magna Park Campus outside Milton Keynes, we use an automated storage retrieval system and have developed what we call software robots that, in effect, are able to emulate what a person would do with a piece of software and interact with applications and our systems.”

Looking at HRI, a growing number of robots are now performing service functions, according to Jones.

“Manufacturers are testing delivery robots and in-store robots that can clean floors and check on stock availability within stores. That growing interaction means that we need to better understand how robots will interact with staff and customers – that could have a significant bearing in terms of the company’s brand and how that’s represented.

“We’re seeing a lot of changes as to how distribution centres work because of automation. But we see robots complementing, not replacing, the work of humans and at John Lewis they are seen as not only benefiting the consumer but as contributing to and improving the welfare of our partners.”

Gavin makes the point that while robots will continue to evolve the role of humans will have to change too.

“The nature of jobs will certainly change with the arrival of high-tech robots, and I believe that we will see new and better roles created. We need to be ready to up-skill our staff and improve their opportunities in terms of career progression. But that extends across society as a whole – how will we support people affected by change and share the benefits of improved productivity?”

According to Scott-Robinson, the HRI project is about ‘real world’ robotics and how we, as consumers and users, will interact with them.

“When people begin to see robots on the street or in a field, for example, they won’t be super glamorous they will simply be doing specific jobs. Those will be the most common form of robots and people will notice them first – they will also ignore them the fastest too.”

According to Scott-Robinson, “My expertise is in designing for the user experience and that is a two way relationship. How does the user interact with the ‘thing’? When it comes to robotics the user won’t actually be the person interacting with the robot, they will be many miles away and connected via the internet.

“That means that robots will be interacting with people on a daily basis who have no control or say over what they do. They will simply be interacting with rather than using them, and that is a fascinating challenge for companies operating in this space.

“Whether a robot is operating in a power station, monitoring shelves in a store or delivering parcels, they will have to be able to operate around people and interact with them in a way that is acceptable and safe.

“If the HRI project can define that relationship then we can create ground rules so that if something does go wrong we can point out that it contravenes specific design rules and, ideally, we can avoid those problems occurring in the first place.

“What we are trying to avoid is if something does happen that there is no ‘panic’ or knee-jerk response from the authorities.”

Both Gavin and Scott-Robinson are clear that with the deployment of robotics it’s not about replacing labour but rather creating new roles and freeing up people to be more creative.

Below: One area in which we will see growth in the use of robotics is in agriculture 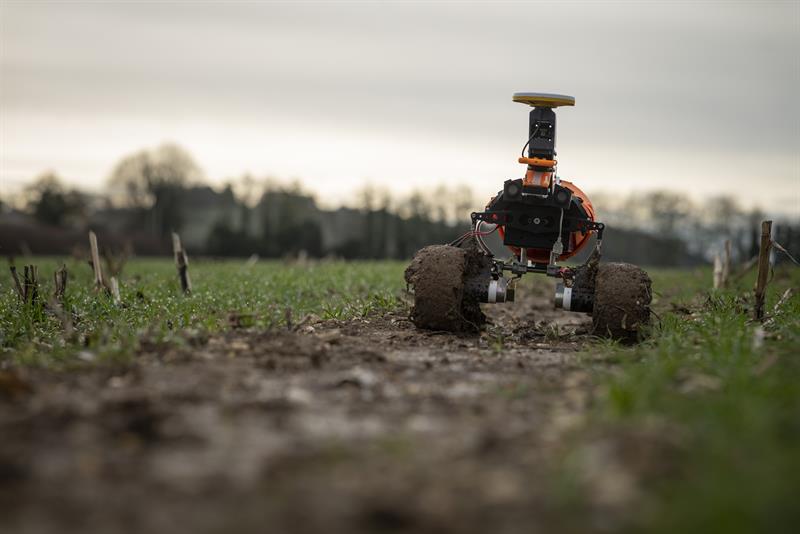 “If we look at agriculture it is labour intensive and low paid. If there were enough people looking to work in the sector, robotics wouldn’t have a look in – it’s far too expensive,” explains Scott-Robinson. “Robotics only become viable if people become scare. Talking to farmers in the US that is becoming a big problem as their normal supply of skilled workers is falling away, so they are looking to robots as a solution.

“That’s an example of ‘push’ rather than ‘pull’ in terms of using the technology. By contrast in the arable space farmers are looking to technology to carry out menial tasks in what is already a heavily automated sector.

“If farmers are able to use robots to automate repetitive and time consuming activities they will have more time to think creatively about what crops they want to grow; how they can diversify what they grow and develop new products and markets.”

“That is great example of the dynamic use of technology,” says Gavin who points to how the retail space, which is itself going through dramatic changes, is looking to embrace technology and use it to complement, rather than replace, the human element.

“For John Lewis partners, technology will give them the time to do what they are best at – supporting and engaging with customers. By using robots to undertake repetitive work, automation can be used to keep the wheels of business turning while enabling staff to be retrained and redeployed.”

The HRI blueprint is seen by both as an amazing opportunity to define the rules associated with the development of robotics.

“It’s a chance for the robotics industry and for the industries that it will look to support, to develop and provide guidelines for companies and engineers – who, to be honest, are not always focused on the impact of their ideas on other people. We want to take that burden off engineers, give them guidelines to work towards, and provide a set of unified standards and rules about robotics behaviours,” says Scott-Robinson, “standards and rules that can then be the basis of legislation.”

“It will help people to understand what robotics will be able to do and provide a guide to working with and alongside robots. What will people be able to expect from a robot in terms of how it reacts and communicates with them.”

Both men argue that the project’s aim it to ensure that the public can have confidence in the industry – “it’s about delivering much greater trust, accountability and acceptable levels of behaviour,” explains Gavin.

“We believe the output of this initiative will provide valuable decision-making tools to anyone who is looking to create a real world robotic solution and will help to create an ethical framework for robotics and AI which puts safety first.”

Towards a greater collaboration between human and robot

Are we ready for the robot revolution?