In recent years, we have witnessed a growing interest in “green energy”. Numerous applications are offered that make it possible to obtain energy from freely available sources, among which photovoltaic panel installations are the most popular ones. Their prices have become so affordable that they are oftentimes installed even in small summer houses. When building such systems, it is important to understand the specific nature of the energy source – a photovoltaic panel or a turbine. One should also bear in mind the challenges faced by the manufacturers of devices powered from such sources.

A photovoltaic panel used as an energy source is very capricious, because the power of the electric current obtained from the panel will depend on the intensity of the incident light. Additionally, the load current also remains an important factor. Users of this energy source in most cases are not able to obtain constant lighting or a constant load. Usually, the panels are fixed in one spot and they are rarely placed on revolving supports that follow the sun. As a result, sunlight falls on the panel surface at different angles. In addition, the sun can be obscured by clouds. The load is not constant, but it usually varies according to the needs of the users. Under such conditions, the voltage on the panel terminals will also undergo significant changes.

Usually, users of the power network expect stable voltage, as they do not want to worry about its fluctuations. If, for example, it is 12 V DC, then changes are expected to be rather small, 2-3% of the nominal value at the most. As we have mentioned before, freely available energy sources are rarely capable of providing such power supply conditions. Therefore, properly constructed voltage converters are used as the intermediary between these sources and the user.

Unlike “standard” DC/DC converters for power supply – and depending on the target application – converters working with renewable energy sources must offer the right parameters to match the “caprices” of the source. The most important of these are a wide range of input voltages, suitable input resistance and high breakthrough voltage between input and output, usually at least several hundred volts.

The demand for “green energy” has resulted in devices and products designed for its acquisition being produced by many competing companies. An average user of a panel will be interested mainly in ready-made plug&play modules attached to the panels, but, on the other hand, electronic engineers may be searching for converter modules designed to be integrated into user’s own devices. The target applications may include illuminated traffic signs, monitoring devices or systems operating within IoT networks. Among the products for such applications, those manufactured by Canadian company Aimtec are worthy of mention, since they are appreciated by engineers all over the world.

Aimtec is a global company that develops and manufactures modular AC/DC and DC/DC power systems, including LED power supplies. The company is headquartered in Montreal, but also has numerous offices in Europe and Asia. Products by Aimtec are valued mainly for their unique features and the quality/price ratio. 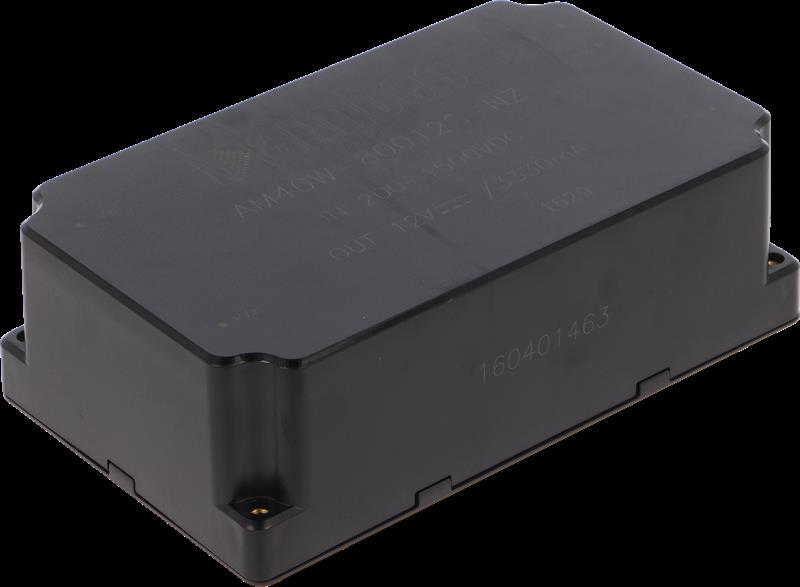 Converters for photovoltaic panels manufactured by Aimtec will be of particular interest to the constructors of DC devices powered by 5V to 48V DC. Of course, a battery can also be charged with this voltage, from which another converter will obtain 230V AC, but this would be at the expense of a significant loss of efficiency of the power supply.

As the voltage at the terminals of photovoltaic panels and wind power generators has similar parameters, the company recommends its series of products to be used with both types of energy sources. This is the AM5W...AM200W family, where the number following the “AM” prefix indicates the maximum continuous output power available. Then, according to the manufacturer’s nomenclature, the nominal input voltage, output voltage and housing type are specified. Thus, for example, the symbol AM15W-60015S-NZ stands for a converter with a power of 15W, output voltage of 15V DC, nominal input voltage of up to 600V DC, contained in a housing designed to be soldered into a PCB. In addition to this type of housing, there are also modules with screw terminals, an external fuse and an EMC filter (-ST), for mounting on a TH/TS35 bus with a fuse and an EMC filter (-STD, -STS) or without a fuse (-STF). For more details, please refer to the data sheets available on the website of the manufacturer or distributor, TME.

The most popular among OEM users are 5W to 40W converters, in a 70mm×48mm×23.5mm housing, designed to be soldered into a PCB. What is very important, the converters offered within this family of products are enclosed in housings of the same dimensions and are compatible in terms of the layout of outputs, which allows for easy extension of the power source functionality without changing the printed circuit board. The higher power converters, i.e. 45W and 200W, have an open frame casing and are connected to the associated circuits using screw terminals, which will surely be appreciated by installers and service technicians. It is worth mentioning that also lower power converters (as mentioned earlier) are offered in a variant for mounting off the PCB, with a fuse, with an EMC filter, with screw terminals. 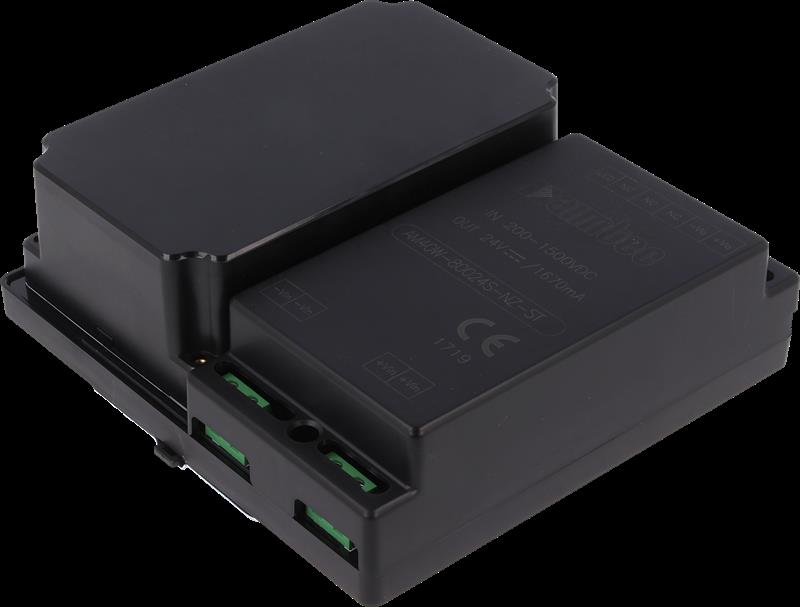 Nominal input voltage depends on the type of the device, it spans from 200V to 1500V DC, and its range is very wide, because it amounts to 10:1. The output voltage is constant, set by the manufacturer at the production stage. The largest selection of variants is available within the series of converters with the power of up to 40W. These include converters with an output voltage of 5, 9, 12, 15 or 24 V DC. The 45W converter has two 15-volt outputs, while the 200-watt converter provides 24V DC or 48V DC. All of them can be used at ambient temperatures from -40°C to +70°C without any deterioration in performance. The highest energy efficiency is about 80%, which translates into low power losses and no need for forced cooling.

All these products meet the strict requirements of the safety standards for devices working with photovoltaic panels. They have CSA (CSA-C22.2 No.107.1-01), UL (1741), and CE marking granted in accordance with European standards (a detailed list is available in the data sheet of each converter). Standard protection options include protection against overvoltage and short-circuit at the output, overheating, reverse polarity of the supply voltage.

The converter does not require a minimum load to start up, and the start-up of the converter in no-load condition occurs in less than 1 second. Typical breakthrough voltage between input and output for most converters is 4 kV.

The basic parameters of the converters in this series are listed in table 1. For detailed parameter descriptions, please refer to the catalogue data sheets.