From radiation hardened SoCs to the growing use of flying plastic encapsulated modules, recent developments have made doing business in space more achievable for a broadening base of companies.

Not that long ago the space market consisting primarily of major defence contractors and national governments, but today it is being disrupted by a growing list of commercial companies. For many this represents a ‘paradigm shift’ which is helping to open up new developments in space products that will have a dramatic impact on both spacecraft size and performance in the future.

Across the sector commercial companies are reporting huge investments in space technology at the same time that the cost of space launches has dropped to its lowest level in history as companies develop new approaches to launch vehicles.

Investments of up to $1 billion are going toward deploying constellations of low Earth orbit (LEO) satellites to connect people in remote corners of the globe, while other approaches are looking to increase internet connectivity and include high altitude unmanned aerial vehicles (UAVs).

In a move designed to respond to these pressures Microchip has recently announced the qualification of its SAMRH71 Arm-based microprocessor (MPU) and the availability of the SAMRH707 MCU, both of which implement Arm Cortex-M7 SoC radiation-hardened technology.

Both the SAMRH71 and SAMRH707 have been developed with the support of the European Space Agency (ESA) and Centre National D’Etudes Spatiales (CNES), the French space agency, to further research and support initiatives.

“The introduction of Arm technologies for space applications opens up new perspectives by enabling the use of the same ecosystem that’s already well-established in the consumer and industrial sectors,” said David Dangla, VLSI Components Expert at CNES. “The SAMRH71 is the first Arm Cortex M7-based rad-hard microprocessor available and offers developers the simplicity of a single-core processor and the performance of an advanced architecture without having to implement heavy mitigation techniques as is required for non-space components.”

Using a standard Arm Cortex-M7 architecture and the same peripherals as automotive and industrial processors, the SAMRH71 and SAMRH707 are able to reduce system development costs by leveraging standard software and hardware tools from the consumer devices.

The SAMRH71 is a radiation-hardened variant of Microchip’s COTS automotive SoC technology, and can provides a combination of space connectivity interfaces along with high-performance architecture with more than 200 Dhrystone MIPS (DMIPS).

The SAMRH707 enables a high level of integration embedding Static Random Access Memory (SRAM) and flash memory, high-bandwidth communication interfaces including SpaceWire, MIL-STD-1553 and CAN FD, along with analogue functions such as a 12-bit ADC and DAC.

Another company with a long history in space is Analog Devices which has been delivering products that are both reliable and resilient to the damaging effects of radiation in space.

“Our heritage line of space products is well known in the industry to be hardened to over 100 krad, making these products suitable for the harshest orbits,” said Tyler Fure a specialist in semiconductor design, who is currently developing military and space products at Analog Devices.

While developing new ICs for the commercial market is challenging, transitioning these ICs to space qualified products is complex and time-consuming.

“The vast majority of new ICs are built on BiCMOS processes that give us the capability to combine the best of bipolar and CMOS process technology,” explained Fure.

“From a radiation tolerance perspective, however, these BiCMOS devices require us to characterize and mitigate effects of both total ionizing dose (TID) as well as single event effects (SEEs). This extends the development time for new products at a time when we need to release new products more rapidly.” 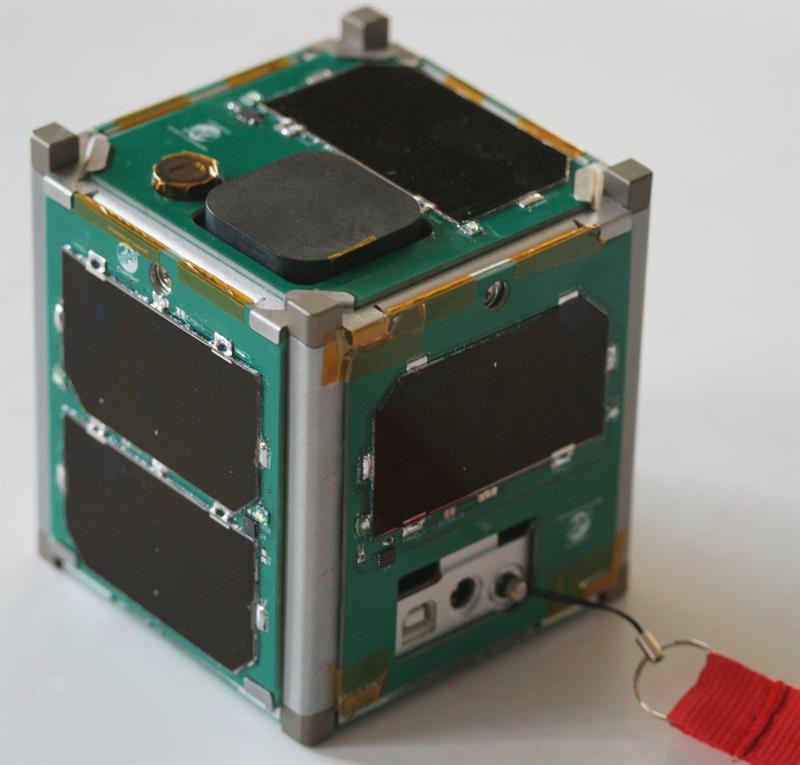 An example of a miniaturized satellite platform using PEMs

Another factor driving new product development is packaging since many new products are being designed with unique packaging that enhances the performance of the commercial IC.

“In some cases, transitioning a commercial product to space becomes impractical when its performance is tied directly to the existing non-hermetic package,” said Gabino Alonso, the marketing manager for the Power by Linear Group at Analog Devices.

According to Alonso, this might include issues related to additional parasitic effects that require complete new hermetic package development, costly redevelopment of post package trim, or procurement of new highly complex test systems and handlers.

“Luckily, there are other forces at work that will allow us to develop more advanced products more rapidly. The first is that the total dose radiation requirements of LEO, for example, are lower than traditional orbits, so a product that can meet 30 krad to 50 krad tolerance is acceptable. The second is a ground swell of support for the use of flying plastic encapsulated modules (PEMs) in space, an idea that until recently had been met with outright disdain from EEE parts managers and engineers.

“It will not be easy, but if done properly and accepted by the space community, these developments will open the door to dramatic improvements in performance, as well as reductions in size, weight, and power (SWaP) for the spacecraft,” according to Alonso.

Producing space qualified PEMs with the highest quality and reliability is crucial and the major space agencies have long had specifications for the post-processing of PEMs to qualify them for space use.

“Yet, the space community has long resisted the use of PEMs due to inherent risks and uncertainties in the process, including lot traceability, validity of radiation test results, test program correlation, and lack of manufacturer warranty and support,” said Alonso. “It is costly and time consuming to do the testing and carries the risk of a lot failure leaving the designer to start the process over with a different part, add shielding, or include other mitigation techniques that add cost and weight.”

If manufacturers can offer a space qualified PEMs product, those risks are not only greatly reduced but it will also open up the possibility to dramatically improve the build schedule as well if the product being offered is in stock.

Analog Devices has introduced a new line of commercial space products and is now offering three distinct flows that are targeted at differing requirements from customers depending on the quantity of satellites they will be looking to operate.

The work required when it comes to delivering commercial components for space is extensive and can be costly, but the benefits in performance, and reductions in size, weight, and power compared to existing space qualified products, together with the quality and radiation assurance, more than justify the cost and will enable future spacecraft to deliver higher performance at a lower total cost than ever before.