A lot has been written about the IoT revolution and how the technology has the capability to revolutionise industries, transform productivity and unlock new levels of insight.

But for those intrigued by the possibilities and looking to dip their toe in the water, the potential myths of high price points, infrastructure and connectivity challenges, as well as the required skill set can be significant hurdles that seem insurmountable.

In addition, especially when it comes to the reality of industrial IoT, the cost, time and disruption that goes into a brand new facility – the prospect of having to rip and replace new infrastructure to support IoT just isn’t a viable option for many businesses. So what’s the alternative? How can edge IoT and analytics provide a powerful mechanism for translating complex data sources into a streamlined, lower cost platform with faster return on investment and higher value.

And what are the key challenges businesses face when considering an investment in IoT?

The transformational potential of IoT across multiple industries is staggering and much has been discussed about its power to revolutionise business models. But while the possibilities for market sectors are hugely exciting, the reality of many of these industry IoT solutions is that they are designed for vast use cases – the setups are intricate and complex, with incredibly powerful networking capabilities that require significant investment and skill to execute. In addition, the major players in the IoT space, including AWS and Microsoft, require huge upfront investment into IoT stacks and other hardware integrated into the data centre, as well as personnel who can code the solution, write it and build it – that’s potentially hundreds of thousands of pounds even before any potential data or insight has been gained.

Return on investment is something that has been lacking within the IoT space, causing proof of concepts to fail. When you consider one of the early use cases for IoT – smart meters – in that instance it’s simple to work out the ROI as you don’t have to send meter readers to sites, there is an immediate cost benefit. But with industrial IoT, it’s much more than that.

Perhaps it will expose some savings, maybe less machine maintenance will be required. Savings are harder to identify at the outset, therefore, large upfront investment in that kind of solution is difficult to justify under those circumstances.

In a lot of industrial cases, the existing machinery that requires monitoring are large, complex and expensive structures. They are the ideal solution for the task at hand and for that reason, they should not necessarily be interfered with, and instead be monitored in a non-invasive way.

Many state of the art facilities have been designed and built at the cost of billions of pounds, you can’t start ripping and replacing components because cloud-enabled technology will provide a benefit that hasn’t been quantified yet.

Yet conversely, many of the IoT solutions out there from the major players in the market depend on being built in from the start – a concept which could result in significant business disruption and downtime.

The skill set that is required to manage these types of complex setups is also a significant hurdle for many organisations. A high proportion of IoT customers in manufacturing are not necessarily IT-savvy in the way that traditional database users are. So with many providers requiring someone with the skills to effectively exploit these platforms, this is an issue that is damaging the chances of adoption in that sector. Can a business really afford to hire a dedicated IoT professional? How can they support the business in other ways outside of that role so they add as much value as possible? In reality, businesses need a way to get data out of the IoT devices without the complex ecosystem that surrounds them, through a streamlined platform that only needs a browser to access.

Another stumbling block for many IoT projects is where the infrastructure isn’t developed, if the location is in an inconvenient place without reliable WiFi – the only clouds available are the ones floating in the sky. In this case, having an IoT solution that collects all the data, analyses it at the point of collection and enables rapid and reliable visibility of what’s going on can make all the difference and is a much more pragmatic solution, both in large factories and distant locations. That's the difference between the original vision of IoT, and what it actually is in practice. 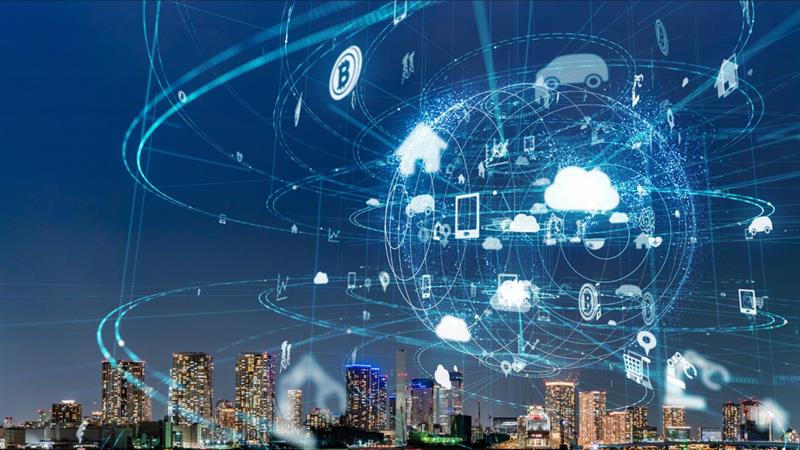 IoT at the Edge

The vision of IoT and the actual reality are very different. A yes or no response from a sensor is not the same as figuring out whether a complex piece of machinery is acting as it should and to optimum efficiency levels. It’s not just about the opportunity to collect data, but also having the capability to modify that data collection, to add additional sensors to expand the data gathered even further. For example, it could be that the solution is monitoring temperature and speed, but actually, you also need to measure vibration. Another sensor is therefore required, so you need a platform that’s adaptable and scalable. In the current industrial sector environment, you need to be flexible and ready to change in scale, both in terms of size and complexity of the data that is being gathered.

With the concept of edge computing and analysing data where it is created, fast gaining momentum, organisations are discovering how they can quickly access only the most valuable data, in real time, that will prove mission critical to their business.

Coming back to the smart meter example – this type of IoT deployment involves millions of identical devices with the same data and a single purpose. It’s still an investment, but the principle is simply connecting multiple homogeneous devices together. This is unlike today’s industrial environment, where there could be a handful or even tens of thousands of different devices, all doing slightly different tasks in different ways. This specialised equipment therefore requires an IoT edge solution that can accurately translate, measure and analyse different formats of data in compatible and comparable data formats as it arrives, without having to rip and replace internal electronics of the machinery being measured.

Edge computing enables data processing to be performed on the edge nodes prior to transmitting only the aggregated data to the central server. So instead of transmitting huge volumes of data every minute, this could be reduced to just a couple of messages every five minutes, depending on what is being measured and for what purpose. This results in a massive reduction in bandwidth and means that using the cellular network becomes cost effective, thereby reducing infrastructure costs and creating a quicker return on investment and value.

For businesses looking to get started in IoT, the edge negates the need for a massively complex and costly deployment. Instead, it provides a simple entry capability to quickly get a project up and running, to provide data points and rapid insight into how a business can capitalise further with a data-led strategy – all at a reasonable price point.

While the vast capabilities of IoT deployments are widely publicised, many businesses are unfamiliar with the availability of simple, affordable entry IoT capabilities to provide data analysis down at the edge, where only the most valuable data collected will be shared and in real time, making the process more cost effective to the business.

The big business solutions touted by the likes of AWS and Microsoft have their place, but for the majority of businesses without the huge use cases to warrant the dedicated attention and support from the major players, they will be left to their own devices to achieve their desired value.

Instead, a small scale solution that incorporates big data, edge and IoT within a small footprint will actually have a significant impact – and one which is also easily scalable without having to overhaul existing infrastructure.

What does the Industrial Internet of Things mean for automated test?

What does the word ‘technology’ mean to you?