Proximity tags have emerged as a popular application of Bluetooth Smart’s low-power features, allowing users to attach a tag to anything valuable or that tends to lose frequently, and then use an app to track the tag.

While many companies have sprung up offering variations of the application, the underlying Bluetooth Smart implementation can greatly affect the user experience and determine which of these start-ups will last.

For anyone who’s ever spent time rushing around trying to find keys, a wallet, or even kids, the spate of tracking devices and related applications from companies such as Tile, Protag, TrackR, Hippih, Pally and Audiovox, just to name a few, are a welcome relief.

With a range of up to 30m, these tags can be attached to anything that is likely to move or get left behind, and will alert the user that they’re out of range with a beep, buzz, chime or choice of tune on their smartphone, depending on the design.

The designs also vary by loudness of the tags’ own buzzers (50 to 80dB, typical), price, accuracy, response time, radar capability, geo fencing, crowd-sourcing/finding features, size and form factor, platforms supported and of course, battery life. Battery life ranges from 6 to 12 months, or some may have rechargeable batteries.

The crowd-sourcing/finding feature is particularly interesting as the greater the number of users in the community, the greater the odds are that the device will be found if left at a park, restaurant or beach.

For devices that measure typically 1 x 1 inch, can combine all the wireless features mentioned above, and still be able to last 6 to 12 months, is a tribute to Bluetooth Smart, also called Bluetooth Low Energy (LE), the underlying wireless communications technology that all these devices have in common.

Bluetooth has been with us since 1994 in various forms. Conceived by Ericsson, the intent was to enable low-power connectivity for everything, but it quickly became relegated to human interface devices (HIDs) like keyboards and mice, as well as audio. Later, hands-free mobile phones became a key application.

However, when power-consumption issues were addressed and Bluetooth LE emerged in 2010 as part of the Bluetooth 4.0 spec, Apple added it to the iPhone 4S in 2011. That’s when Bluetooth Smart really took off.

Bluetooth Smart differs from Classic Bluetooth (pre-Bluetooth 4.0) in a number of important ways that make it an attractive option for low-power proximity tags.

Classic Bluetooth radios typically draw around 40mA at 3V but best-in-class Bluetooth Radios producing 0dBm output and draw less than 5mA at 3V, while still offering a range of up to 50m in many environments.

Figure 1: Compared to Bluetooth Classic, Bluetooth Smart draws much less current, has lower latency and much lower average power consumption as it can sleep most of the time.

Bluetooth Smart radios are now built into battery-powered, stand-alone devices that can be found in applications from broadcasting advertising messages to shoppers as they come within range, to robot trackers, and of course, fitness devices.

The modifications to Bluetooth also made it suited to proximity-tag applications, which need to operate for up to a year on a single coin-cell battery.

Not all Bluetooth Smart implementations are created equal

Despite the energy savings promised by Bluetooth Smart, how the technology is implemented can have a dramatic affect on system energy consumption and battery life. The primary criteria for choosing a Bluetooth Smart radio system-on-chip (SoC) to form the heart of a proximity tag are peak current consumption, energy consumption over time (taking into account the requirements of the application), receiver sensitivity (the tags need to receive a signal from a smartphone to know that it’s out of range), and the ability to work from a single small battery, usually a coin cell, to minimise size.

In real-world applications, battery life will also depend upon the signalling interval – how often the tag is required to transmit– so when comparing device data, it’s important to ensure that the operating conditions under which the figures are quoted are the same, or at least very similar.

To gain a more detailed understanding of how energy is consumed while a tag is operating, designers need to determine the charge consumed versus time for each transmit/receive operation. These parameters include:

•The transmit interval and charge per transmit

•The time, peak current and charge consumed by each of the three transmit channels normally used

Also, you need to consider the processor resources that may be available for application code within the Bluetooth Smart SoC. If it’s possible to produce a completely hosted solution without resorting to an external microcontroller, this will again save design time, cost and space.

In selecting a Bluetooth Smart radio, other important considerations are sometimes overlooked. Functional integration will determine how many external components are needed to create the beacon. The fewer you need, the less design effort is required and the lower the cost of the end product. Fewer components also means you can make smaller products that will be more reliable. Design effort is also reduced if the Bluetooth Smart vendor offers a reference design and proven software.

A good reference design is founded upon a solid SoC. Dialog Semiconductor’s DA14580 “SmartBond” SoC integrates a Bluetooth Smart radio with an ARM Cortex-M0 application processor and intelligent power management. The processor and on-chip digital and analogue peripherals are accessible via up to 32 GPIOs (Figure 2.)

To help get designers of proximity tags up and running quickly, the SoC is accompanied by the SmartTag reference design (Figure 3). This offers all the required functionality, including a LED and buzzer to provide visual and audible signal link-loss or find-me alerts, as well as a push button to silence the alarm. The design also supports software over the air updates (OTA) to provide an easy way to upgrade devices that are in the field with the latest improvements. The DA14580 runs both the application and the Bluetooth stack and is powered from a single CR2032 battery. To save on bill of materials, only five passive components are required for the tag’s core system: no 32kHz XTAL is required. 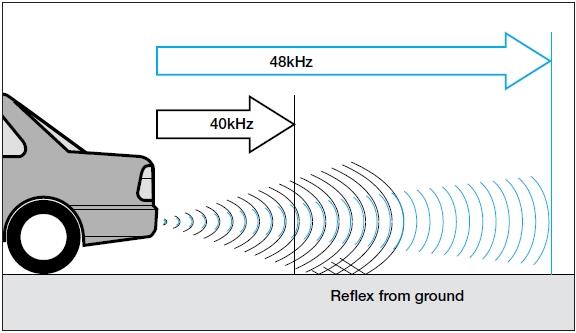 The applications of Bluetooth Smart are many and varied thanks to the ultra-low power consumption and ecosystem support it has received. However, designers need to move quickly as the applications are emerging more quickly and so a good reference design is critical to meeting the window of opportunity. Proximity tags are a classic example, with many companies vying for attention, but many will fall by the wayside as power consumption and reliable connectivity emerge as key differentiators.

What should designers consider when choosing between Bluetooth and Bluetooth Smart?