Satellite data use is rapidly expanding

The UK is once more seen as a leading space science nation, with companies focused on making satellite technology more affordable through smaller, lighter-weight satellites that lower the cost of commercial launches. The Government’s continuing commitment to the industry was highlighted in the recent Queen’s Speech to Parliament, which included a space industry Bill outlining its ambition to grow the UK’s share of the global space market from 6.5% to 10% by 2030.

“David Willetts highlighted the importance of space in his Eight Great Technologies speech delivered in 2013. Four years on, the industry is waking up to the huge range of possibilities that data generated by satellites has to offer,” said Paul Febvre, CTO of the Satellite Applications Catapult (SAC), which aims to bring together academia and businesses, as well as opening the sector to new markets.

“The amount of data being generated by satellites has soared, but when we’re talking about the utilisation of data, we’re typically talking about earth observation (EO) satellites,” explained Stephen Spittle, Emerging Technology Lead in Digital Intelligence at SAC.

According to Dr Helen Brindley, senior lecturer at Imperial College London and a member of the National Centre for Earth Observation, there are three main categories of EO data use: data assimilation; climate monitoring and climate model evaluation; and the provision of climate services, or applications.

Used to make weather forecasts, data assimilation merges observations with model simulations to predict climate changes over a range of timescales. It is also used to construct ‘best estimates’ of how the climate has evolved in the recent past via a process known as reanalysis.

Observational information for climate monitoring can be derived from measurements taken using active and passive sensors.

Active sensors – radar or lidar – release pulses of energy and measure differences in returned signals to determine detailed information on the vertical structure of, for example, clouds, aerosols, and vegetation. Passive sensors measure natural emissions from the Earth and its atmosphere in the optical, infrared, UV and microwave bands, providing information about a range of climate variables and their changes with time.

EO data is also used to evaluate the models created to monitor and predict the state of future climate. The Met Office’s soon-to-be-released Earth System Model 1, said to be the first Earth system model to be developed by the UK, will include an interactive carbon cycle.

“What we can do with the newer data sets is use them in a combined way to look at relationships between variables,” said Dr Brindley. “For example, while a fire will release smoke into the atmosphere, it will also release gases as well as changing surface characteristics. Using our datasets, we can look at the magnitude of these impacts and how they are related over time.”

Applications
The number of applications which use data derived from satellites has exploded over the last five years and can now be found in numerous markets.

In agriculture, high resolution imagery is deployed to monitor crop growth in near real time and to identify crops.

Satellites can be used to accurately map the growth of, and encourage more sustainable, urban developments or to check planning permission for specific building work. One company, Fluvial Bounty, is deploying satellite imagery to identify potential sites to build dams to generate electricity in Africa.

The effects of pollution from maritime activity can also be monitored to help find ways of limiting its impact, while port activity can be watched to improve efficiency. SAC spin out Ocean Mind monitors the global fishing industry to give insight into environmental impact and to stop illegal activities.

The data can also be used to bring sustainable, economic or societal benefit to developing economies through programmes like The International Partnership, which aims to help with forest and marine protection, disaster management and pollution monitoring, amongst others. 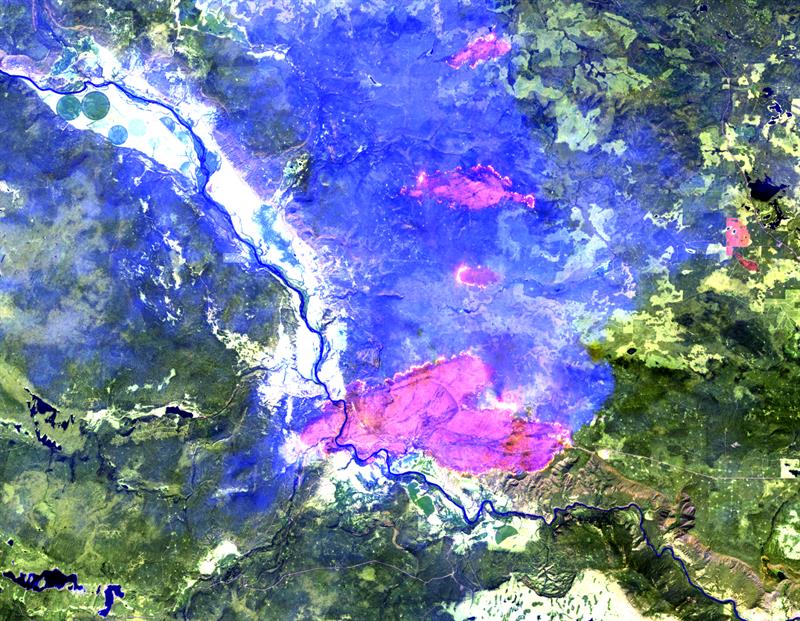 Data relating to position, navigation and timing can be gathered from satellites to create navigation systems like GPS.

“With the iPhone, we’ve seen an explosion in the number of location based services,” commented Tim Just, Head of Space at Innovate UK. “Satellite navigation GPS has become fundamental to how we live our lives.”

Recent changes
The proliferation of applications and more complete data sets can be explained by recent advancements in satellite technologies.

“Passive sensors have improved,” said Dr Brindley. “Today, they are looking at new ranges of the spectrum with greater accuracy.”

However, according to Febvre, sensors are improving faster than the ability to handle data. “Because the sensors are getting better, you can get much more data. The problem then is the bottleneck to getting data off the satellites,” he explained.

The conventional way of doing this is by dropping data from the satellite to a ground station – or gateway – once per orbit.

To enable continuous streaming, Airbus is working on the European Data Relay Satellite System, which uses a laser link to send data from an observation satellite in orbit at 400 or 500km to a geostationary satellite at 40,000km. That satellite then relays data back to Earth via a microwave link. 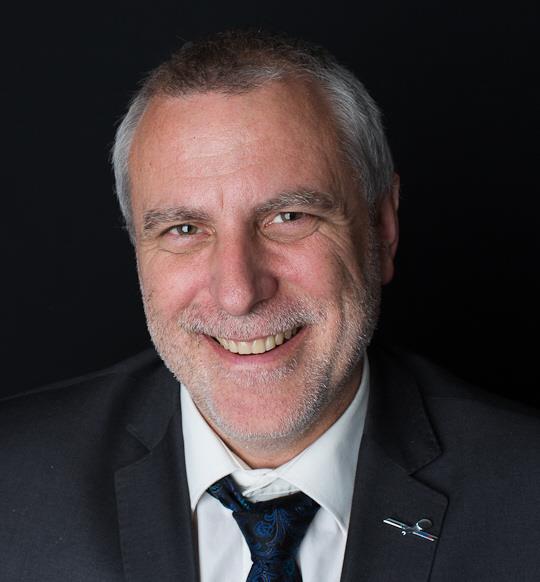 “You can get much better coverage with several satellites and, if they are making complementary measurements, you get more information than if you flew them separately,” Dr Brindley said.

“This means we have a deluge of data coming down, so that means we get more frequent images which enables more applications,” Spittle added.

Meanwhile, the European Copernicus programme is providing free public access to huge amounts of data from four portals. Copernicus comprises six missions – or ‘sentinels’ – each with at least two satellites. Although only four satellites have been launched so far, each satellite is expected to generate more than 1Tbyte of data a day.

“These satellites scan the earth once every six days, which brings a huge dataset and is probably a main trigger to uptake in innovation in satellite applications using data,” said Febvre (pictured left).

There is also the problem of where to store all this data. “We also have the proliferation of cloud computing,” said Spittle. “Data providers, like Microsoft and Planet, offer online cloud solutions where people can start to run their algorithms across whole archives. This is creating a shift because more information can get out quicker.”

“Satellites could ‘talk’ to each other, share information and send data to the customer directly,” Febvre argued.

“The main barrier is public perception,” Just concluded. “It’s seen as being very expensive and only available to government users, whereas it’s becoming the commercial solution. Once we get past that, we’ll unleash the potential.”

Data is everywhere, but how can it be useful?