A newly established consortium is going to develop a network for low Earth orbit satellites delivering ice chart data to ships at sea.

The network of satellites will significantly improve navigation for ships in rough seas and raise security for the crew on board. The network will also allow the satellite operator Sternula to launch its first out of a total of fifty small satellites.

A research project called MARIOT (Maritime IoT) will look to develop a low Earth orbit satellite network based on the new VDES (VHF Data Exchange System) technology. The network will be the first of its kind and establish a stable, low-cost data connection for maritime safety and navigation services.

The consortium behind the project is headed by the Danish satellite operator Sternula. The satcom developers GateHouse, Space Inventor, and Satlab as well as Aalborg University, and the Danish Meteorological Institute will also participate in the project which will initially focus on the need for improved communication and navigation services in the Arctic Ocean.

Today, the satellite communication networks used by ships in high-latitude seas are often expensive and not suitable for small amounts of data, and, in some cases, do not even cover seas in remote regions. This is an issue where optimised navigation services can significantly reduce the length of shipping routes, e.g. by placing routes closer to the Arctic, says Business Development Manager at GateHouse, Per Koch.

VDES technology is the second generation of the Automatic Identification System (AIS). Today, the AIS standard is used to monitor marine traffic by more than 200,000 ships. However, AIS has a limited reach of only 30 nautical miles and is also limited to transfer on only certain types of data. VDES will enable global connectivity through satellite networks as well as efficient transfer of more data types. 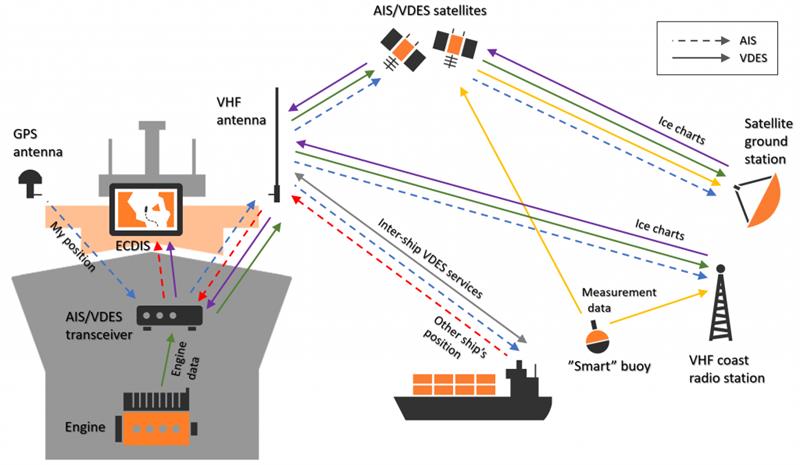 VDES is able to offer a faster and more efficient data connection compared to other satcom services and after the VDES standard was assigned global radio frequencies last year, it is now possible to develop the first global VDES network improving navigation services and security for ships.

Besides shipping companies operating in the Arctic Ocean, the VDES network is also relevant for maritime security and navigation services, e.g. for sailing directions and coastal monitoring, and can also be used by the maritime industry to monitor marine engines and critical equipment on board.

The contribution from GateHouse is mainly related to data communication. More specifically by ensuring that data can be communicated to and from the individual satellites to the ground station. This include inter-satellite capabilities and advanced algorithms for data routing in satellite constellation.

GateHouse, Space Inventor, and Satlab will develop the hardware and software components for the project while Aalborg University - based on its extensive experience with launching smallsats - will contribute with technology and expert knowledge.

The Danish Meteorological Institute will participate with its ice chart service, which is in development and will be tailored to the VDES network. The MARIOT project will be managed by Sternula and is sponsored by the Danish Innovation Fund.

Satellite data use is rapidly expanding

Four satellite navigation constellations set to be in place by 2020