UKRI is to map the UK’s research and innovation infrastructure, looking to identify what will be needed for the UK to stay competitive in the next 10 to 15 years.

The roadmap will play an integral part in furthering R&D opportunities in the UK and will be used to better align them with the UK’s Industrial Strategy. It is intended to identify strengths that can be capitalised on, as well as recognising any gaps in the UK’s extensive research and innovation infrastructure.

“The UKRI was established to bring greater focus to science and research and its commercialisation and to deliver a joined-up approach to interdisciplinary problems,” explained Professor Sir Mark Walport, UKRI’s chief executive designate. “Our aim is to improve collaboration within the research base and ensure that a highly trained and diverse workforce is available to drive the commercialisation of discoveries.”

Speaking at the launch of the roadmap, newly appointed Universities and Science Minister Sam Gyimah said: “Boosting research, development and innovation is at the heart of the Government’s new Industrial Strategy and that is why we are investing an extra £2.3billion in R&D spending in 2021-22.”

The minister highlighted what he saw as the strengths of the UK’s research base. “From RRS Discovery to the UK Biobank and the Diamond Light Source to the UK Data Archive, the UK is world renowned for its scientific abilities.

“Now, for the first time, we will map this infrastructure to enable us to showcase those capabilities around the world and to identify future opportunities.”

Gyimah also point out that: “Nothing of this breadth and scale has ever been attempted in the UK before, but having the skills and expertise to carry out this vitally important work is precisely why UKRI was created.”

Speaking at the launch, Sir Mark said of the roadmap: “One of UKRI’s key tasks is to make sure that the UK’s businesses and researchers are ready and able to seize the opportunity presented by the Industrial Strategy. So I'm very pleased that we are starting the process to map out the UK’s nationally and internationally important research and innovation infrastructure.”

Sir Mark said that the roadmap project would ‘enable us to make sure we are getting the absolute best out the infrastructure we already have, and identify what else we will need in order to stay competitive in the next 10 to 15 years’.

Alongside large scientific facilities and major pieces of equipment, the roadmap will also feature other resources, including collections, archives, scientific data, e-infrastructures such as data and computing systems, and communication networks – things which, together, are considered crucial to maintaining and ensuring the UK’s position in science and innovation.

According to Sir Mark: “UKRI aims to create a long-term research and innovation infrastructure roadmap based on an understanding of existing UK infrastructure, future needs and resulting investment priorities.”

Structured around key sectors, the preliminary findings of the Roadmap activity will be published in November 2018, with the final report due to appear in Spring 2019.

“The UK does not have an all-encompassing picture of its infrastructure landscape, although there are pockets of understanding,” explained Bryony Butland, Director of the UKRI Infrastructure Roadmap Programme.

According to Butland, it’s a complex and diverse landscape which covers all sorts of disciplines, locations and sectors.

“The roadmap will assess the disciplines covered, as well as the kit and instrumentation that is available. We will be looking at single site, distributed and virtual facilities, as well as different business models.”

Butland made the point that the UK’s participation in international collaborations would also form part of the roadmap. “It’s an important part of landscape that we also want to cover.”

Butland added that the roadmap would be used to establish a cycle for future roadmaps, with the aim of creating a wider picture of facilities and capabilities for a broader audience both in the UK and beyond.

Gyimah conceded that research and innovation in the UK faced ‘real challenges’.

“Despite being in post for just a matter of weeks, I’m well aware – and have received clear messages about – which areas need help and those that are seen as important priorities,” he said.

“We need to invest in both research and innovation and I accept that, despite concerted efforts, business R&D in this country remains low by international standards. Our aim is to raise R&D spend to 2.4% of GDP and it is an important challenge.”

Touching on the impact of Brexit, the minister said he was ‘deeply aware’ of the importance of achieving the best possible deal, post Brexit, one that enabled, supported and deepened the UK’s extensive relationship with the wider scientific community.

“We need to offer a welcome to the world’s best minds,” he said, noting the UK also needs to train the ‘next generation’ of researchers and innovators. “It’s essential we make the most of the UK’s considerable potential,” he said.

To that end, the map will not only identify nationally important innovation infrastructure, but will also be used by UKRI to raise awareness of the diverse landscape that exists across all regions in order to make research and innovation more efficient and effective. 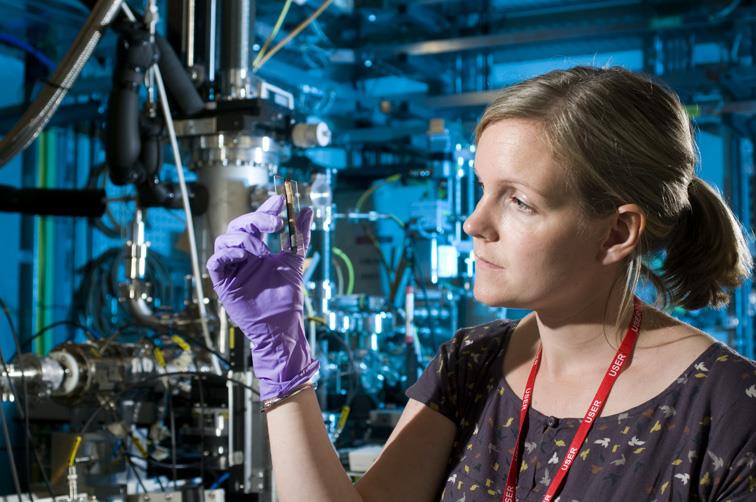 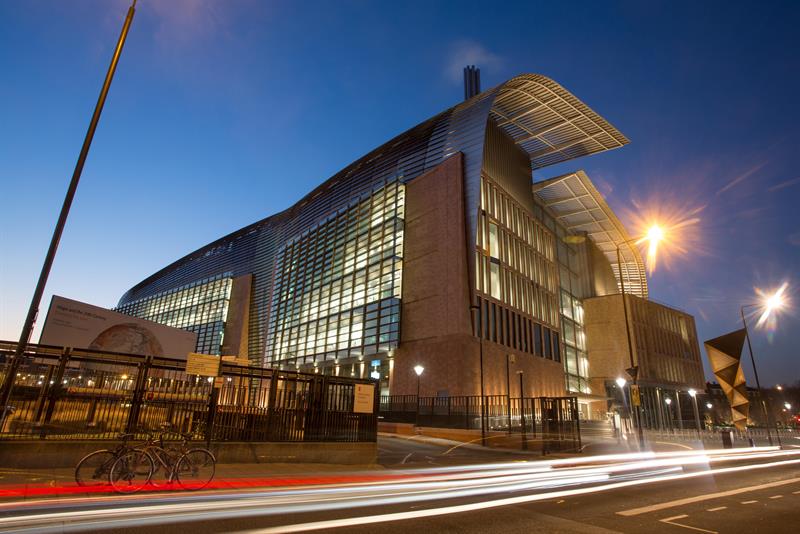 Alongside the launch of the roadmap, Dr Julie Maxton, executive director of the Royal Society, unveiled a paper presenting a snapshot of the UK’s research infrastructures in 2017.

“The UK’s excellence in science is built on an extensive, dynamic and highly interdisciplinary kaleidoscope of world class research infrastructures,” said Dr Maxton.

“Our research was based on new data from an extensive online and telephone survey of more than 135 UK research infrastructures,” Dr Maxton explained. “This snapshot stems from research we organised and carried out last year. It paints a picture of a wide ranging and very varied infrastructure.”

When it comes to defining research and innovation ‘infrastructure’, the paper included facilities, resources and services used by the research community.

“These resources come in an array of forms and sizes,” explained Dr Maxton.

Amongst the research infrastructure includes are the Medical Research Council Nuclear Magnetic Resonance Centre at the Francis Crick Institute in north London and multi-user facilities, such as the Diamond Light Source. The latter is the UK’s national synchrotron light source, which can harness electrons to produce a very bright light that can be used to research new medicines and advances in engineering and technology.

According to the paper, the research undertaken is varied but, in terms of primary research, the UK’s main focus is on physical science and engineering, biological sciences, health and food, ecosystems and earth science, social science and humanities and energy.

The paper threw up some interesting facts that Dr Maxton said would help to shape the roadmap going forward.

“Our research found that 65% of research infrastructures indicated that multiple disciplines were relevant to their research activities,” said Dr Maxton.

Crucially, a significant amount of activity is commercially focused and engaged with industry.

“Among those surveyed, 84% said there was a commercial component to their research portfolio and more than 90% said they conduct an element of their research with UK businesses,” said Dr Maxton.

With Brexit fast approaching and Gyimah acknowledging the importance of welcoming the best minds to the UK, the Royal Society’s paper found that the UK is a hub for international collaboration, with 69% of those responding to the survey saying they were international in scope. Many respondents acknowledged membership of at least one international partnership.

Users from around the world currently access research infrastructures in the UK. While 56% of users were from the UK, 26% were from the EU and EEA, with 18% from the rest of the world.

Research was carried out by a mixture of internal and external researchers, according to the paper, and highlighted the current open and accessible nature of the UK’s resources.

Introducing the paper, Dr Maxton talked about the importance of chance interactions among the research community that in many cases, ‘lead to new projects and collaborations’.

Gyimah also emphasised the value of collaboration and talked of the importance of working with ‘the best and brightest’ in what he described as a ‘global enterprise’.

“Science is at its best when we collaborate with other countries and welcome researchers to this country,” he said, pointing to recent ‘historic’ agreements with China and the US as the UK looks to establish new relationships outside Europe.

“The UK has reaped huge benefit from Horizon 2020 and Future Framework projects and I’ll be looking to secure a good R&D agreement, despite Brexit,” he asserted.

While research infrastructures are found around the UK, where they are tends to be dictated by factors such as the physical environment; the ability of users to physically access the site and the closeness of certain facilities to others.

At the Harwell Campus, for example, a large number of facilities are co-located, including the Diamond Light Source synchrotron, the ISIS Neutron and Muon source and the Central Laser Facility.

The UK is also home to distributed infrastructure, so while Jodrell Bank may be the headquarters of the Square Kilometre Array, its telescopes are located in other countries. 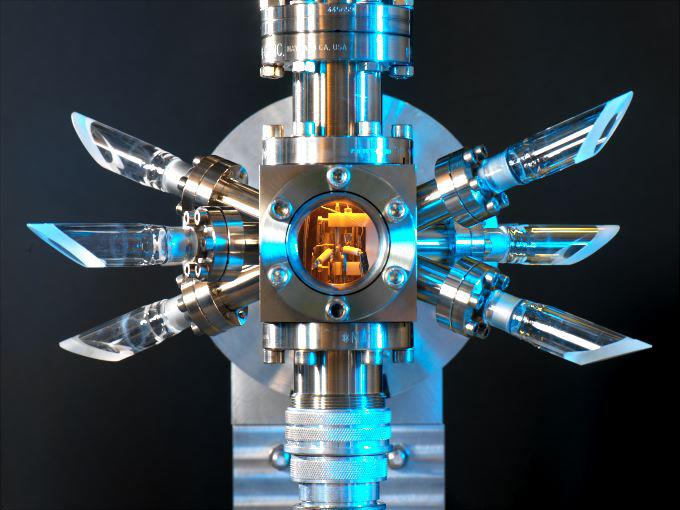 In terms of location, 38% of the UK’s research infrastucture was in London and the south east, with 10% in the North West and 15% in Scotland. Assets in the West and East Midlands accounted for a further 11%, while the East of England was home to 13% of infrastructure assets.

Employment amongst those organisations approached ranged from 1 to more than 3000; larger facilities included not only full time researchers, but also managers and administrators.

The roadmap is being touted as helping to create the conditions necessary to enable R&D to flourish in the UK and it will certainly have a critical role to play in supporting the work of the UKRI in the years to come.

“Good science not only depends on brain-power,” Gyimah concluded, “but also on the right infrastructure. We need to assess the infrastructure we have if we are to better determine future investment.

“Without the right investment, research and development will suffer. While it is important to have a plan, that plan should not be too rigid. The best plans tend to be dynamic, allowing for change and adaption.”

Is there enough innovation in the UK?

Where is innovation taking place in the UK?