Robotics and autonomous systems (RAS) are one of the Eight Great Technologies, identified in 2013 by the previous UK coalition government, in which the UK could become a global leader.

Government strategy is to target robotics and artificial intelligence (AI) and this is an area of high priority for the Engineering and Physical Sciences Research Council (EPSRC), the UK government agency which funds research and training in engineering and the physical sciences.

There are five key application areas in which RAS has been identified as having the potential to create significant economic and social gains for the UK: extreme and challenging environments; health and social care; autonomous transport; next generation manufacturing; and enabling technologies underpinning RAS, such as sensors.

In a series of White Papers prepared by the UK-RAS Network, funded by EPSRC and published earlier this year, each area was assessed, specific strengths and weaknesses identified and future commercial opportunities discussed.

For example, the paper on Extreme Environments Robotics said the Government should have a more permissive stance when it came to aerial robot development activities, look to establish an advisory group and consider funding agency led trials to explore possible regulations and help foster the growing network of SMEs operating in this space.

In an interview with New Electronics, EPSRC chief executive Professor Philip Nelson (pictured left) suggested the Government’s intervention in 2012/13 had ‘provided a sea-change’. “A more strategic approach enabled the various funding councils to prioritise funding and, crucially for EPSRC, it enabled us to establish strong connections right across the RAS community.” 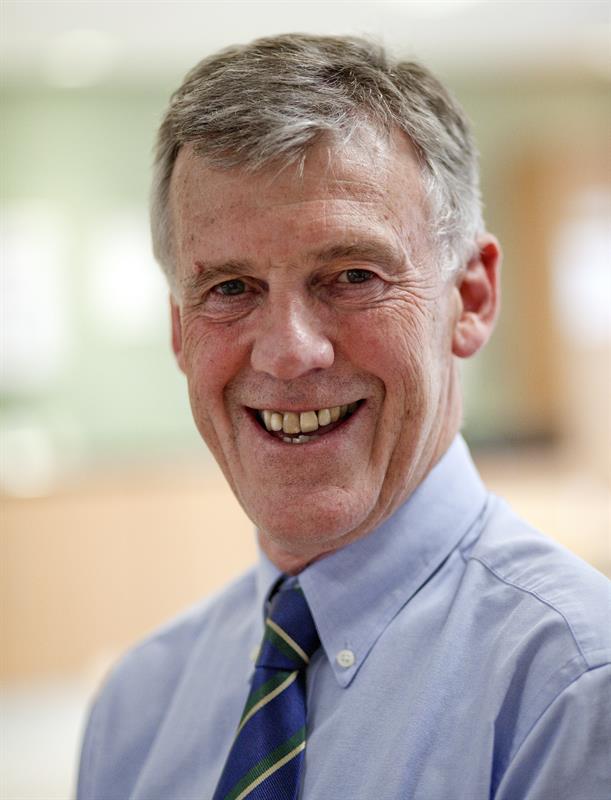 According to Prof Nelson, the intervention by David Willets, then Minister of Higher Education and Science, had proved crucial as he helped to move the discussions around these technologies forward.

“His clear statement of some national priorities – for example, the Eight Great Technologies – was a great help. He worked hard proactively to keep science ‘centre stage’ in Cabinet and to position science at the forefront of UK industrial strategy.”

The Government’s forthcoming Industrial Strategy White Paper is expected to reinforce its support for the eight technologies and will look at boosting the economic impact of the UK’s world-class research base by better supporting the flow of innovative ideas and techniques from concept through to the market.

Research partnerships that strengthen the links between the UK's research base, industry and business partners will be crucial, according to Prof Nelson.

Commenting on the pace of technological change, he said the UK ‘couldn’t relax’. “We need to continue to push on and connect leading edge technologies with potential applications which will be of both business and economic benefit to the UK economy.

“We have some really outstanding sectors in the UK – such as aerospace and automotive – that are well placed to take advantage of these new disruptive technologies, robotics and artificial intelligence.

“Those sectors are well placed to adopt new technologies; whether that’s Rolls-Royce using robotics to fix engine problems or the electrification agenda in the automotive space and the development of autonomous vehicles. Beyond those key areas, I see real UK strength in pharmaceuticals; larger companies are certainly showing a keen interest in healthcare technologies and there is huge potential for applications in health and social care.”

“That is critical and there is an important agenda around public engagement. That agenda includes establishing a regulatory environment that people trust but one that doesn’t prevent or inhibits innovation and the ability of the technology to move forward.”

The discussion around robotics has raised concerns over employment security and recent reports have warned of significant job losses.

“A stronger national level engagement is essential, we need to engage with the wider population,” Prof Nelson warned. “The historical evidence contradicts those reports; rather than job losses we see new types of jobs as the job market evolves. If we are to drive this technology forward we need to be aware that the type of jobs available will change and that society will need to adapt,” Prof Nelson suggested. “The general public needs to have a clear and, above all, factual view of developments in AI and robotics.”

UKRI
From April 2018, EPSRC, along with the other research councils, Innovate UK and the Higher Education Funding Council, will operate as part of a new body: UK Research & Innovation (UKRI). 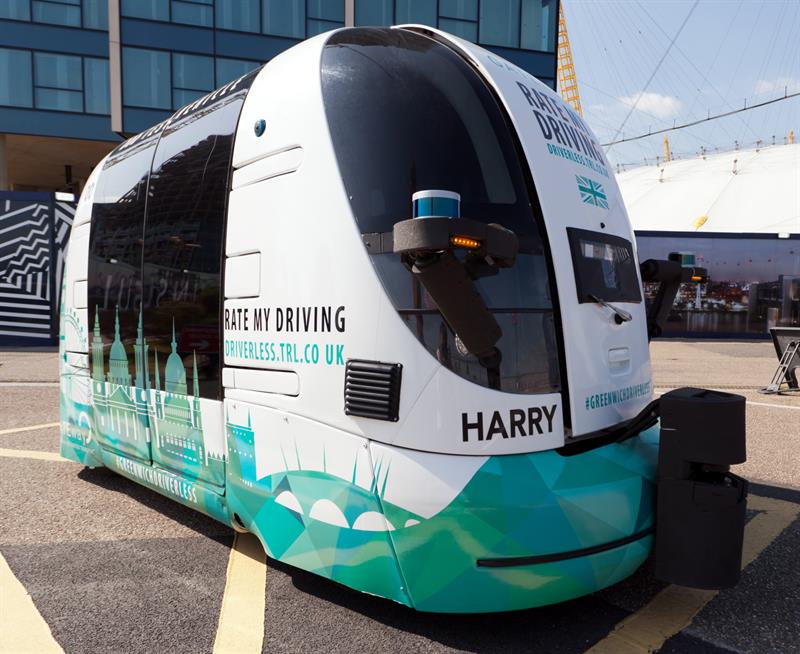 Prof Nelson said he welcomed the establishment of UKRI, but warned that it was crucial that it retained and continued to build on the UK’s existing strengths.

“We need to retain existing structures; that’s crucial. By any measure, the research councils have delivered effectively for the country since they were set up and have strengthened the UK’s science base significantly.

“What we need, and what UKRI is looking to deliver, is greater collaboration. Many of the big challenges society faces today cross different disciplines. If we are to tackle them we need a more interdisciplinary approach – one that brings together many different perspectives.”

“We have to stay alive to new opportunities,” said Prof Nelson, and with reference to that last point he expressed concern about the possible impact of Brexit.

“It is a concern and I expressed my concerns publicly last year when I gave evidence to the House of Lords. The strength of UK academia is, in part, based on its ability to attract the best and the brightest from around the world. We currently employ 40,000 EU nationals in our education system and it’s crucial that we stay open to people from across the world.”

Looking forward, the EPSRC recently undertook an extensive review of its portfolio and how best it could support innovation and research.

“Our aim was to better understand the research landscape,” explained Prof Nelson,” and the conclusions drawn will inform and shape the development of EPSRC strategies in terms of RAS.

“An independent and international review panel was drawn up and they have been able to provide us with evidence and a better understanding of gaps in RAS funding and research.” 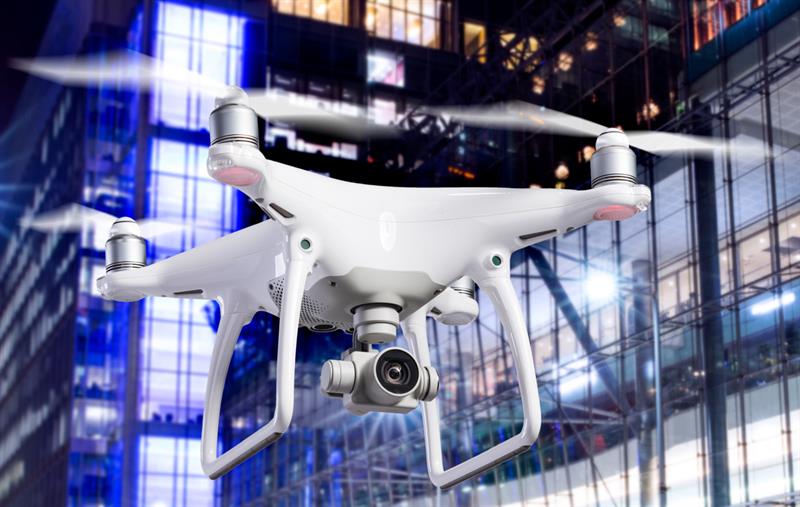 The panel was chaired by Professor David Hogg, a specialist in computer vision and machine learning at the University of Leeds, and the report made a number of recommendations.

Among them, it suggested stronger links between overlapping communities in the fields of robotics, machine learning and computer vision, while noting that RAS research needed a better balance between the different disciplines.

It also called for greater interdisciplinary research within robotics, but also with those disciplines, such as materials and control, outside of computer science.

The report said there was a need for more connecting activities between the RAS and AI communities.

Beyond the research community, it urged more collaboration and a shared infrastructure with industry, suggesting there was potential for industry to provide experimental facilities to key sectors. Crucially, it suggested the RAS community in the UK and the EPSRC should work to sustain and develop deeper international research links and promote joint funding opportunities.

“The government’s decision to increase science funding significantly over the next few years is welcome,” concluded Prof Nelson, “but we need to see sustained investment in robotics and AI if we are to encourage future growth and maintain the UK’s global position.”

Robotics Week - A Call to Arms

Should robotics education be made compulsory in schools?