Users of battery powered consumer electronic devices usually have one thing in mind; how long will it last before the battery needs to be recharged. Depending on the device and how it’s used, that could be less than a day.

So it’s no surprise that researchers have been under growing pressure to come up with battery chemistries than not only enable longer times between charges, but also smaller batteries.

Yet the energy storage challenge not only spans the consumer world, but also automotive and industrial. Another element feeding into the challenge is decarbonisation; how can the power generated by renewables be stored for later use?

Energy storage was one of the areas selected by David Willetts to form part of his Eight Great Technologies paper, published in 2013. In the paper, Willetts noted: “We need better ways to store electricity. This need arises at three distinct levels. First, there are the batteries in all our personal electronic devices. The second level is the development of better energy storage for vehicles. Thirdly, there is the challenge of storing more electricity for the Grid.”

Batteries for consumer electronic products are just one of the areas being pursued by UK researchers. In some respects, this is building on a long heritage. If you ask the ‘man in the street’ where the Li-ion battery was invented, the answer would probably be ‘Japan’. But the correct answer would be in the UK around 1980. However, Japan solved the manufacturing challenges and the first Li-ion batteries appeared on the market in 1989. 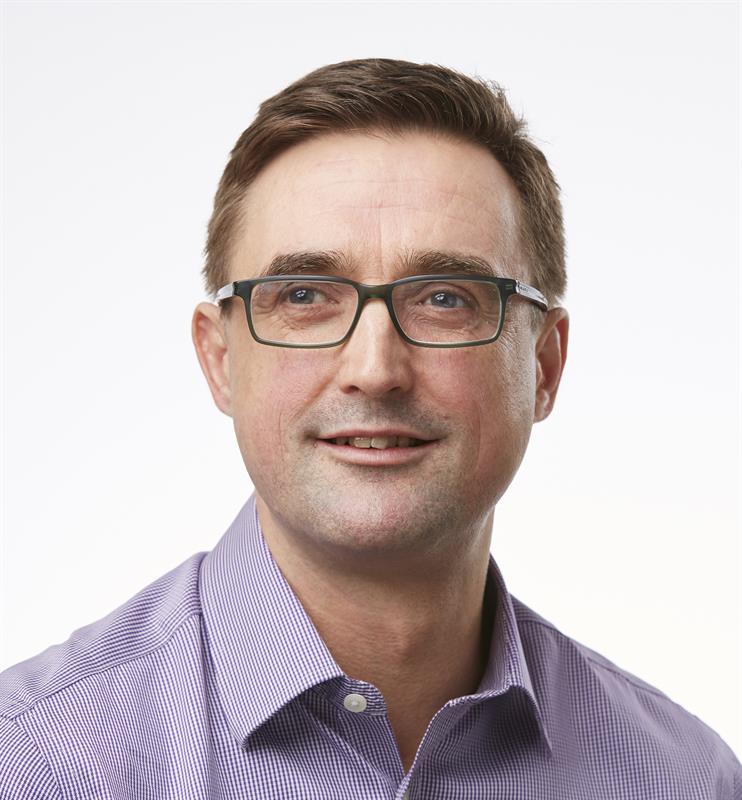 Rob Saunders, head of energy with Innovate UK, pictured left, said: “We’re seeing the emergence of the next generation of battery technologies, with a few interesting UK companies – Oxis and Faradian, for example – and interesting things happening. The technologies they are working on could provide a distinct advantage over Li-ion.”

Saunders also pointed to work going on in UK universities. “There is a lot of work underway into the basic materials science involved in the electrochemistry of charging and discharging. For example, Claire Grey’s work at Cambridge has the potential to revolutionise how batteries charge and discharge, maybe resulting in batteries with longer lives.”

Anna Wise, batteries innovation lead at InnovateUK, added: “The Faraday Challenge will provide an exciting opportunity to rebuild technology that has been developed in the UK.”

And the Faraday Challenge highlights the opportunities for battery technology that lie beyond developing Li-ion replacements. One of the focuses will be the automotive sector and electric vehicles (EVs) in particular. “There’s a big opportunity to make sure the UK stays at the forefront of EV and energy storage technology,” Wise added.

The Faraday Challenge is a four year programme announced by Greg Clark, Secretary of State for Business, Energy and Industrial Strategy, before the recent General Election. The investment of £246million is intended, inter alia, to ensure the UK leads the world in the design, development and manufacture of batteries for the electrification of vehicles.

“From the start,” Wise said, “we’ll be looking at how we can invest at seven stages of technology readiness; looking to accelerate work that is close to market, as well as longer term projects.”

The Faraday Challenge builds on work underway at a number of UK universities. “We already have a couple of large projects running,” Wise pointed out. “One is AMPLiFII, which is building a manufacturing line which industry can use.”

AMPLiFII – Automated Module-to-pack Pilot Line for Industrial Innovation – is a £14m project, led by the Warwick Manufacturing Group, looking to develop the next generation of traction batteries for EVs and hybrids.

Why the focus on automotive? “It’s a large market,” Wise explained. “The UK builds 1.7m cars a year and if 50% of them will be battery powered in the future, that’s a market driver.”

Saunders believes it’s absolutely the right time to focus on EVs, referencing Volvo’s recent announcement that all cars it builds from 2019 will feature an electric motor. “Volvo knows the move to EVs is happening quickly, so it’s important the UK has a consolidated effort to develop an advantage in battery technology and manufacture.”

Wise reinforced the view. “We have the capability in the UK. A lot of technology is developed here and we have the experience in battery technology. If we can bring this together and develop the industry, we can make sure we can do everything here.” 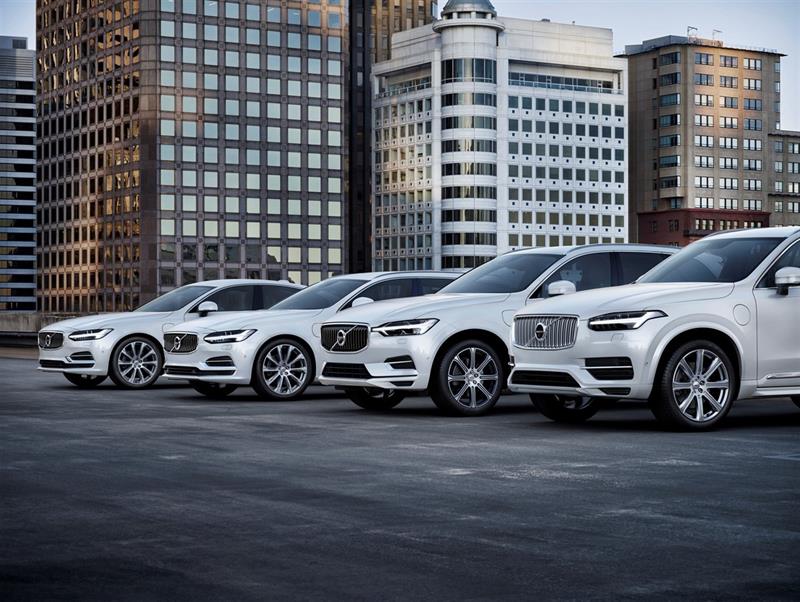 Volvo says all the cars it builds from 2019 will feature an electric motor. This means more efficient battery technologies will be needed.

Both Wise and Saunders believe the Faraday Challenge will create benefits that will be applicable beyond automotive. “The research work – for example, fundamental science – will spill over,” Saunders claimed, “with broader applications across energy storage. It’s wrong to think about Faraday as just targeting EVs; it’s about building a technology base with broad application.”

But maybe the biggest opportunity for UK companies is in the energy system itself – the third of Willetts’ points.

“There is a huge opportunity for UK companies to develop control and algorithmic content that will allow the better use of massive storage to help balance the UK’s energy system,” Saunders contended. “Storage is a way of enabling flexibility in the energy system, whether that’s a car or a power plant. But system balancing is becoming more difficult.”

One of the challenges in large scale energy supply is the way in which people use power. “It’s about demand response and we’re as interested in that as we are in the fundamentals,” Saunders added.

It’s particularly relevant as, for a brief period in June, some 36% of the electricity generated in the UK came from renewable sources. Before that, in May, the UK saw the first day where no coal fired power stations supplied to the grid.

“We are starting to see batteries being used more broadly and at larger scale,” Saunders pointed out. “Some offshore wind farms, for example, are putting in significant battery storage systems. And that’s proving an interesting model, with some power station operators also installing batteries.” 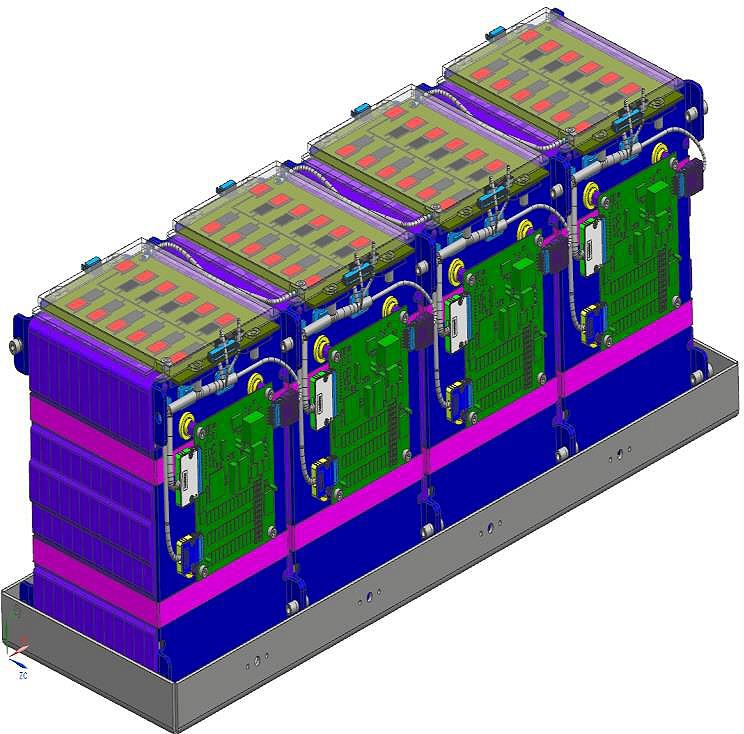 Instinctively, we associate energy storage with batteries. “But we store energy in ways we don’t think about,” Saunders noted. “The gas storage system is enormous and we also have huge amounts of energy stored in cars.”

Upside Energy, for example, has developed a cloud based approach that aggregates the energy stored in such systems as uninterruptible power supplies, solar panels, EVs and domestic heating systems. This so called Virtual Energy Store can sell power to the grid, helping it to balance supply and demand.

And there’s thermal storage. “Being able to store heat in a cheap and easy way that doesn’t take up too much space is a real challenge and one which could help to optimise the energy system,” Saunders said.

One company pursuing this is Highview Power, which is developing liquid air power plants capable of supplying more than 200MW. Similarly, Dearman is using liquefied air and liquefied nitrogen for motive power.

“Innovate UK is funding battery technology programmes with the aim of recapturing a significant part of the EV and industrial battery market,” Saunders concluded. “We’re keen to make the most of the opportunities from now on.”