This year’s Mobile World Congress (MWC) was described by John Hoffmann, the CEO of the GSMA (the event organisers), as a bringing together of a “global ecosystem spanning multiple sectors and reflecting the expanding role of mobile connectivity.”

The show’s theme was ‘Intelligent Connectivity’ and, unsurprisingly, 5G was prominent with a host of 5G-enabled handsets being unveiled, as well as new products and services on display.

Despite what many see as the ‘hype’ around 5G, analysts believe it is set to account for some 15 per cent of global mobile connections by 2025, as the number of 5G network launches and compatible devices increase.

The 2019 edition of the GSMA’s Mobile Economy report said that 16 major markets worldwide will switch on commercial 5G networks this year, following on from 5G launches in South Korea and the US in 2018. Mobile operators worldwide are investing over $160billion each year on expanding and upgrading their networks, according to the report.

So 5G, alongside developments in the Internet of Things (IoT), big data and artificial intelligence, is seen as being a key driver of economic growth and over the coming 15 years is expected to add $2 trillion to the global economy.

There were hundreds of announcements at MWC which looked to build on this trend. 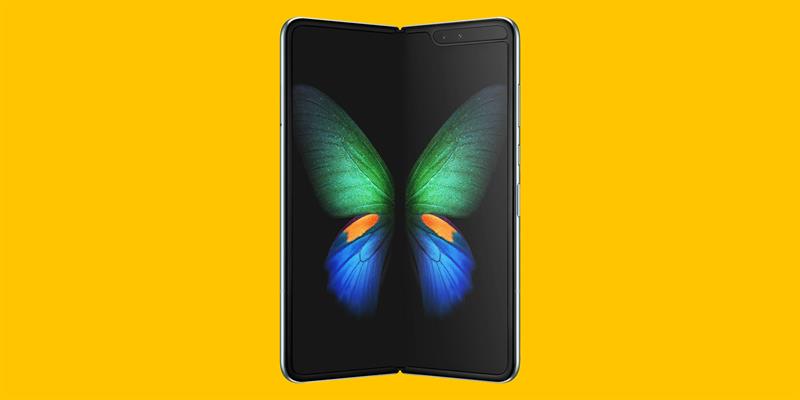 Murata and Truphone said that they were combining their technologies and services to take a lead in developing eSIM for IoT and Machine-to-Machine (M2M) devices.

Prior to MWC, Manuel Zepeda, Division President, Amdocs, said that 2018 had proved pivotal for eSIM and consumer adoption.

“With Apple using eSIM technology in the iPhone X, and a growing number of mobile operators across the globe supporting the technology, it’s only a matter of time before eSIM-only becomes the standard in devices,” he said.

“eSIM enables remote provisioning, so a company doesn’t need to install a physical SIM card into each piece of hardware, which can be a painstaking task. It makes it much easier for public utilities to manage their assets and gives communication providers a new source of revenue by providing connectivity solutions,” he said.

In response to that trend, Murata has developed IoT applications and a low-power cellular module for IoT/M2M devices. These modules lower battery consumption, make space for device makers and can help to reduce the cost of production.

These applications incorporate a M2M eSIM from STMicroelectronics, which is a fully compliant GSMA solution suitable for remote SIM provisioning.

Truphone enables the module to connect to low-power wide-area technologies using its connectivity technology, for example, the GSMA-accredited M2M remote SIM-provisioning application. This enables a device to obtain a SIM profile from other mobile operators allowing for continuous connectivity.

Commenting, Steve Alder, Chief Business Development Officer at Truphone, said: “One barrier to mass adoption of IoT is the complexity that device makers face in connecting their devices. Our collaboration is intended to bring together all the elements, packaged together in a way that allows device makers to get connected simply and efficiently. “

“We want to enable our customers to develop the next-generation of 5G products and services and this reference design will allow manufacturers and ISPs to accelerate the deployment of fixed wireless broadband services using 5G,” explained Durga Malladi, general manager, 4G/5G, Qualcomm Technologies.

“With support for both mmWave and sub-6 GHz spectrum bands, manufacturers will be able to address multiple operator’s needs as they look to take advantage of 5G.” 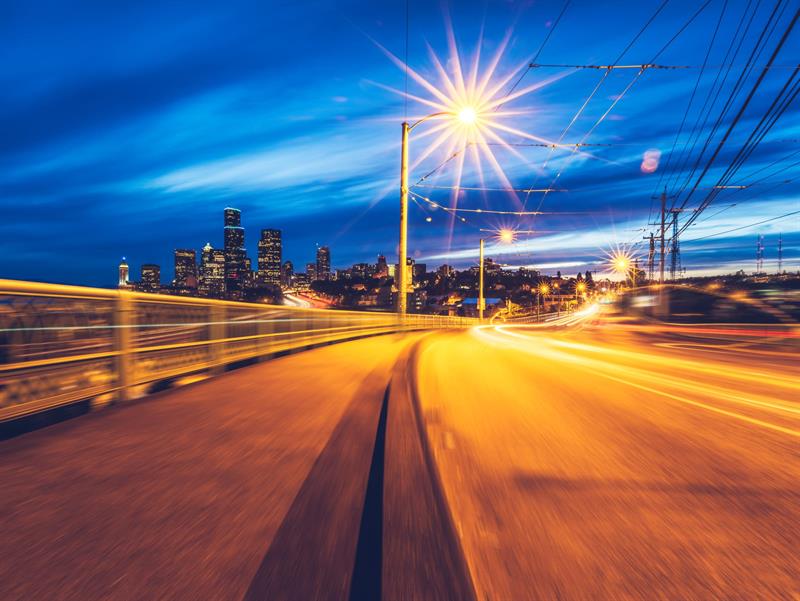 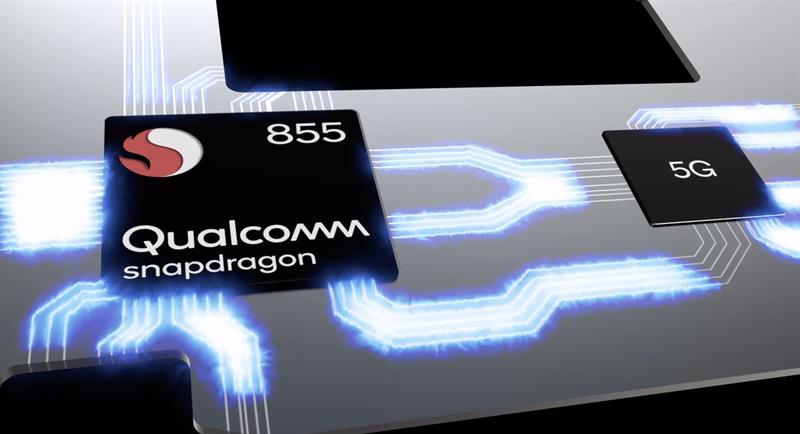 Ingo Flomer, VP Business Development and Technology, Cobham Wireless, said that, “Whilst it’ll be 5G that facilitates the IIoT in the future, this year we’ll see a demand from the IIoT sector for 4.5G, which offers the speed and latency to cope with most of today’s IIoT demands.


“4.5G technology can co-exist with 5G when the networks arrive and will continue to be used for years to come. There will, therefore, be a demand for coverage systems that can support 4.5G today and can support 5G when the technology arrives.

“While a lot of the hype at MWC was around 5G, there was also a huge amount of discussion regarding how today’s technology can support critical IoT systems.”

It’s true to say that almost every major smartphone manufacturer revealed a 5G smartphone, or a special variant of their flagship device, at this year’s show.

Samsung launched its S10 5G variant and LG a dedicated 5G-ready device, the V50 ThinkQ. But they were among a long list of companies showcasing demos of 5G-ready smartphones.

For many of those present these new devices looked to provide a much improved user experience as well as faster performance.

However, it was the launch of foldable phones that caught the headlines.

Samsung was first to launch a foldable smartphone. With two displays and six cameras, the Galaxy Fold was described as a phone-tablet hybrid resembling a conventional smartphone but then opening like a book to reveal a second display, the size of a small tablet.

Samsung was soon followed by its main competitors, with Huawei launching the Mate X, a foldable smartphone with three screens and four cameras.

Both Samsung and Huawei said their phones were 5G ready and both are expected to be launched later this year.

As for Apple, while there were no signs of a new foldable phone, it’s expected that a foldable handset will appear from them later this year.

Whatever its plans, there was no denying that the foldable devices unveiled could well be charting a path for the future of smartphones, even if there were concerns at the hinge-durability, weight and thickness of the devices and last, and by no means least, the not inconsiderable cost.

LG’s latest smartphone also impressed, offering a 6.1- inch OLED display and powered by Qualcomm’s Snapdragon 855 with 6GB of RAM and 128GB storage. The G8’s screen is itself the phone’s speaker and uses Crystal Sound OLED technology to vibrate the entire glass panel.

Another feature incorporated into the handset was Air Motion which enabled users to interact with the phone through using gesture.

Nokia unveiled a phone with five lenses on the back - two that shoot in colour and three that shoot in monochrome. Each camera features a 12-megapixel sensor and by pressing down on the shutter, all five cameras are able to shoot different exposures simultaneously, which can then be merged to create a remarkably sharp image.

But while handsets were grabbing the headlines UK company, P2I was at MWC showcasing a range of water protection solutions intended to help handset manufacturers develop much thinner and more flexible smartphone designs.

Speaking to New Electronics prior to the show, Ady Moores, the company’s CEO, unveiled ‘Dunkable’, which he said, “was a world first and represents a step change in the level of waterproofing available to handset manufacturers. But we’re not only targeting handsets, the technology is also applicable to tablets, wearables, consumer devices and industrial systems.” 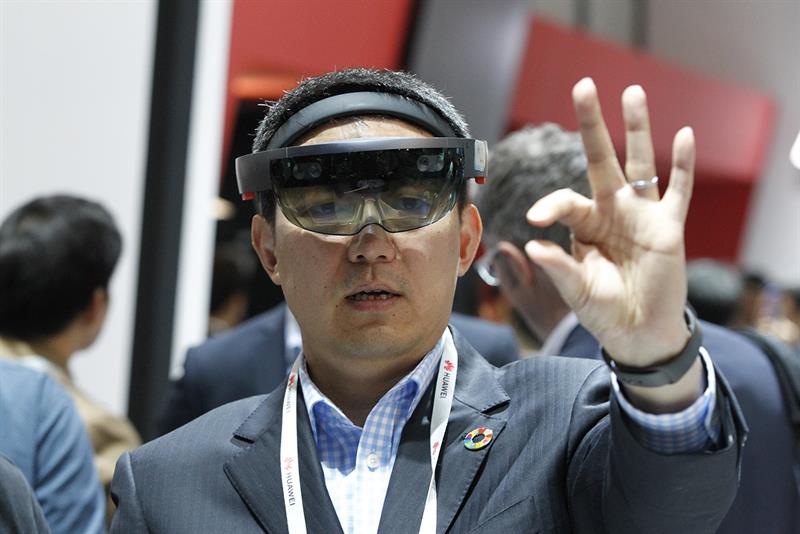 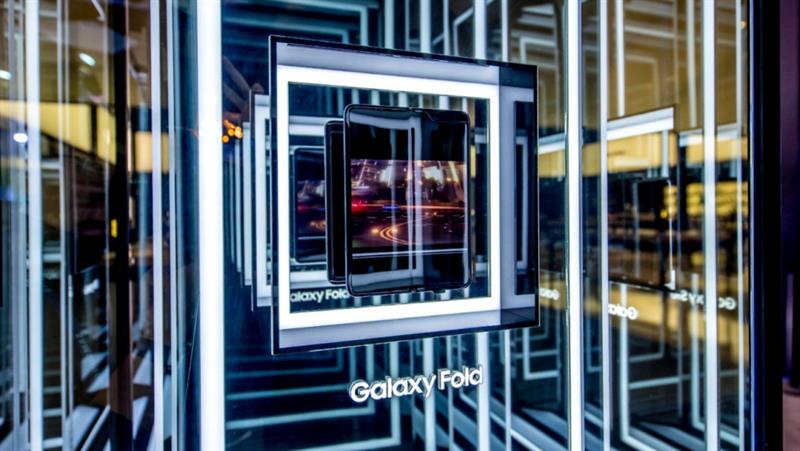 According to Pio Suh, Managing Director, IPCom,“While 5G handset launches and networks stole the limelight at this year’s MWC, there was also a big focus on how 5G can unlock opportunities in vertical sectors.” Across automotive, healthcare, smart cities, agriculture and manufacturing, a whole range of innovative and increasingly lucrative business cases were on show.

However, while 5G offers these sectors many advantages, many business cases remain purely hypothetical.

Despite that, there were plenty of examples of how 5G could be deployed - chief among them, the smart city.

MWC saw a host of plans and prototypes for smart city infrastructure demo-ed and mapped by exhibitors.

The exhibition’s Country/Territory pavilions and the Innovation City demonstrated and played out ideas for connected environments - everything from autonomous vehicles to utilities management in smart office blocks was on display, showcasing the advantages and concepts making up the smart city.

“For smart cities to evolve from the ideas stage to reality, there are significant data challenges that must be addressed,” said Richard Baker, CEO, GeoSpock. “Much of the data needed to inform smart city planning currently exists in siloes. Lacking the ability to join the dots between data sets, stakeholders will be unable to derive value from smart city projects.”

According to Baker what’s needed is an approach which marries both macro and micro-level views of the urban environment.

“Visibility of every element and end-point in a smart city, and the ability to map this onto expansive real-world environments, in real time, is crucial,” he said.

“Visualising and contextualising data will enable a ‘data-first approach’ to planning and development, ensuring connected infrastructure and services that are tailored to their citizens’ needs.”

He continued, “Not only can operators provide the connectivity that will underpin cities, they’ll also have access to unprecedented volumes of data from devices and sensors on their networks. This data could become one of operators’ biggest assets and will enable them to transform from dumb data pipes to powerful data vendors.” 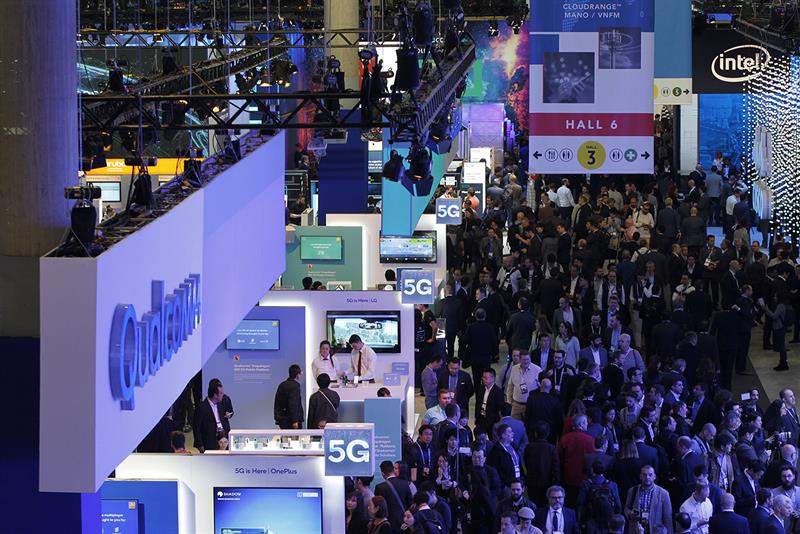 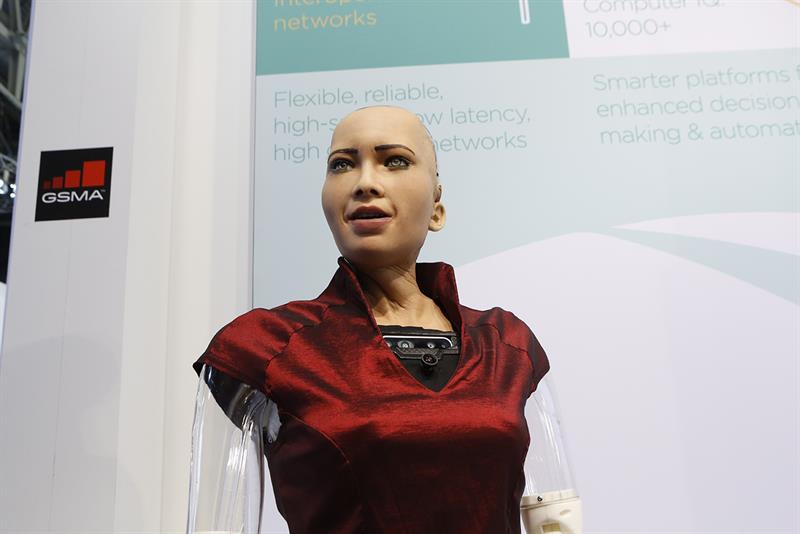 Telensa, a specialist in smart street lighting and smart city applications, unveiled streetlight-based Multi-Sensor Pods, an important part of the Urban Data Project that looks to create a trusted infrastructure for urban data, one that enables cities to collect, protect and use the data that they have generated.

Urban data is the city’s digital twin and maps how people use the city, whether that’s using their car, or monitoring air quality and noise pollution.

All this data is incredibly valuable for designing better city infrastructure, delivering more efficient city services, and making everything more transparent to empower citizens, but it also has potential value to other industries such as retail, real estate and insurance.

The multi-sensor pods are powered by Qualcomm’s SDM845 processor which can support heterogeneous computing and on-device intelligence and can allow the sensors to extract detailed real-time insights from the raw data while reducing the requirement to move data to the cloud.

Commenting, Will Franks, CEO of Telensa, said: “Our focus has always been data, and finding a way for cities to effectively take ownership of their urban data assets.

“Working with Qualcomm for edge AI processing, we’re solving the economic challenges of smart city applications by employing the power and efficiency of the latest smartphone technology.”

At the end of an interesting week, attendees could see the impact 5G and the IoT are starting to have on both business and society.

Delivering for the hyper-connected world