The challenges associated with the development of autonomous vehicles are immense but, perhaps, testing is the biggest one.

Are we guilty of overestimating the capabilities of current production advanced driver assistance systems (ADAS) because while we may talk about autonomous vehicles, there are currently no systems that have been deployed which are self-driving - the driver, in fact, remains responsible for what the vehicle does.As for Artificial Intelligence (AI), which is going to be crucial to the successful roll out of autonomous vehicles (AV), the current technology can only perform a limited number of well-defined tasks and is being held back by algorithm complexity and the high processing power that’s required.

In truth, the current crop of AV prototypes is a long way from mass distribution.

So, how we turn them into secure, safe and affordable production-level designs remains a significant, if not insurmountable, challenge.

Delivering autonomous vehicles will also require companies to be able to work with external software and hardware partners, if they want to be able to overcome the challenges of developing truly production-ready AV systems.

Based in Budapest, Hungary, AImotive is working to address some of the problems associated with the move towards Level 5 autonomous vehicles by developing what it describes as a ‘tool-box’ for automated driving research and development that includes: software, simulators and hardware IP.

The company is developing three branches of technology that are connected to autonomous vehicles: aiDrive which is a self-driving software stack; aiSim, a virtual simulation environment and, finally, aiWare, which is IP for chips to compute artificial intelligence.

“It is fair to say that testing is probably the biggest and most important challenge we currently face,” explains AImotive founder and CEO, László Kishonti.

It is certainly a massive challenge when, according to estimates, a self-driving system would have to cover 5,000,000,000 miles in testing to be safe, and would require a fleet of 150 self-driving prototypes to complete the tests taking upwards of 1,000 years, he explains.

“To address this, AImotive has developed an approach using simulation, which can dramatically reduce the development time. Scenarios can be repeated, using different road and weather conditions, and we are also able to create more variable scenarios.”

A big issue is the processing power and hardware that is required to achieve this and existing prototypes have tended to rely on GPU-based systems, which consume a lot of power and take up a lot of space.

“To reduce power consumption down from 1500W to around 50W in a smaller form factor is an extreme engineering challenge,” concedes Kishonti, ”especially if you want to retain the necessary processing capabilities.”

The company’s response has been aiWare, an AI accelerator design, which has delivered significant improvements in power consumption compared to traditional GPU-based systems.

The company’s software uses data taken from car cameras, radars and ultrasonic sensors – it has focused on processing visual information - and uses that to identify other road users and hazards that the artificial intelligence driving system can then avoid.

“The company takes a vision-first approach and we use cameras as primary sensors, as opposed to the widely-spread, but very expensive, LIDAR-heavy approach used elsewhere,” explains Kishonti.

aiDrive is a modular design which means that it can be used to develop a variety of ADAS solutions and can be used as an autopilot capable of handling a variety of driving scenarios. Its software consists of four engines: recognition, location, motion and control.

“Our aiDrive technology takes into account both safety and engineering requirements which will have been defined in simulated testing. We test on a modular and full system level and the system is then verified against things like weather conditions, time of day, lighting conditions etc.

“Special situations, such as unexpected objects, will also be taken into consideration,” explains Kishonti.

“It’s during testing that we are also able to inject different faults, such as sensor failures, software and hardware errors into the system, so that we can verify how the vehicle could behave in such cases.”

The modularity of the modules that make up aiDrive means that it can be integrated into a wider range of ADAS and autonomous driving systems.

“It’s compatible with all types of sensors and it’s hardware, middleware and OS agnostic, making it easy to 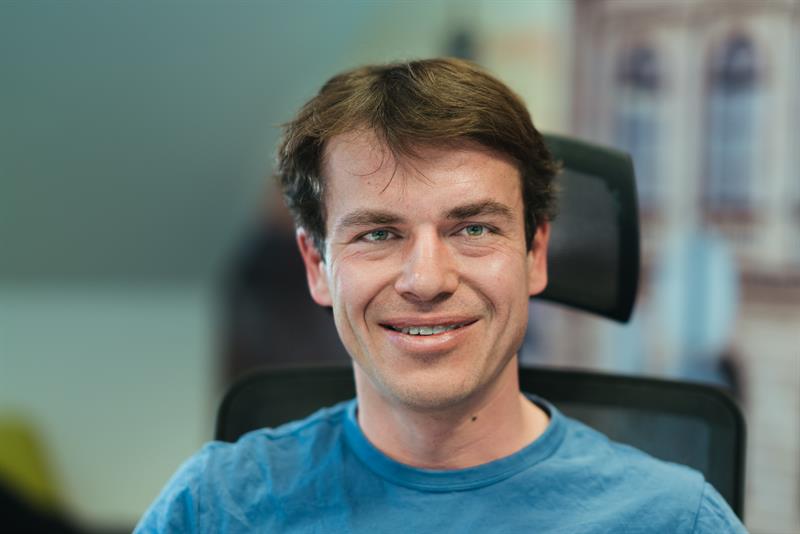 AImotive tests the behaviour of aiDrive in situations that could also lead to accidents when humans are driving.

aiDrive relies heavily on aiSim, the company’s virtual simulation environment, which has been based on a gaming engine. It offers extensive use of instrumentation, photorealistic environments and a range of additional features that are intended to provide a realistic set of features to better test car software.

“aiSim is crucial to the entire process,” explains Kishonti. “New features derived from our drivers or from partners are first analysed by our engineering teams and once development is complete aiSim is used to test them, virtually.”

According to Kishonti, aiSim is so embedded into the development process that any and every code change results in the triggering of a series of tests on a batch of 1600 scenarios.

“Both fixed-time step and real-time simulation to test different aspects of the technology are used. Fixed-time step runs on any heterogeneous hardware setup, while real-time provides an insight on the runtime of the algorithms and visual information on the behaviour of the car, and allows for hardware-in-the-loop testing.”

aiSim is capable of simulating cameras, lidars and sensors in real time as well as a range of environmental factors such as lighting and the weather; crucially it is also hardware and OS agnostic and has been optimised for multi-GPU systems.

Once these simulated tests are completed AImotive can then begin real-world testing on the roads around Budapest and across other locations where it operates -in the US, Finland and France, the latter being possible due to the company’s work with Groupe PSA, the French OEM, on a Level 4 highway autopilot project.

The hardware architecture used by the company is a dedicated embedded artificial intelligence accelerator that is used for computer vision and high-resolution input.

“While AI is great for recognition when it comes to decision making we need to be able to include behaviouristic elements such as making predictions on what other actors are going to do around it, and then being able to plan a vehicle’s route accordingly. It needs to be robust because it needs to be capable of adapting to many different scenarios.” 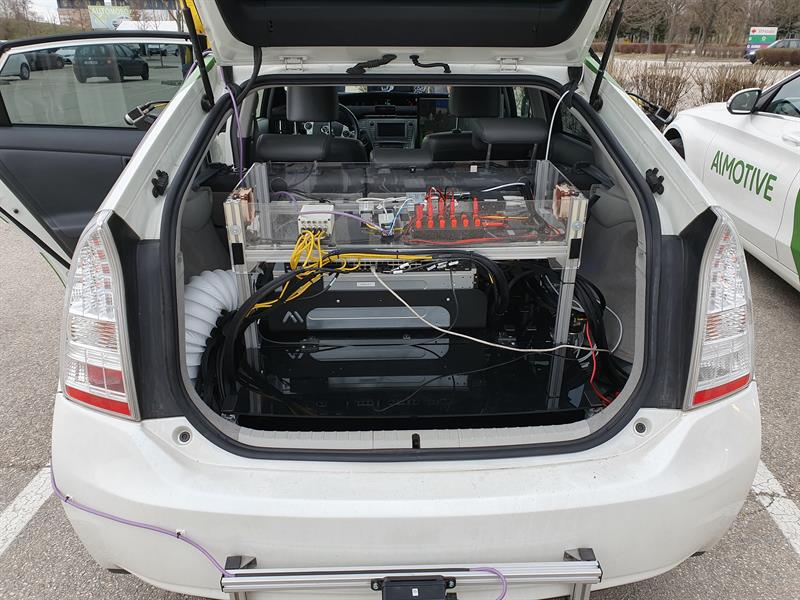 Again, with a customisable architecture it can support a broad range of different scenarios.

According to Kishonti, AImotive is focussed on scaling up development, testing and deployment.

“Simulation technology to accelerate development and ensure safety will remain critical to rolling out autonomous driving, but at the moment I don’t think that the economics are as good as they once were,” suggests Kishonti.

“The automotive market is slowing, the costs of certain components remain prohibitive and many companies are having to cut back on their research and development and there’s a realisation that companies, perhaps with the exception of Tesla, are not able to do this on their own, they need to work together.”

The automotive industry is confronting unprecedented change and, according to Kishonti, needs to be not only more collaborative but take a far more modular and flexible approach which will involve sharing systems knowledge and experience if they are to address the challenges of the future.