According to technology industry researcher Gartner, the number of things in the Internet of Things increases by 5.5million each day, which means that by 2020, the total number is expected to be almost 21billion. Given that explosive growth, it’s imperative to examine the internet that will connect and enable communication among all the things.

Creating reliable wireless connectivity among these devices is proving to be one of the great challenges in IoT. The reliability of the communications system can be defined by the performance of two critical components: a radio transceiver and communications microcontroller.

How can components and solutions help maximise system-level reliability, enabling high impact applications where the quality, integrity of data, and insights are mission critical?

Existing wireless connectivity technologies for consumer devices do not always satisfy the performance demands of industrial and healthcare systems. The different priorities in these systems - including safety, accuracy, and time sensitivity- heighten the need for increased reliability. Cellular systems come close to this but are often unsuitable in terms of battery, cost, and data throughput requirements. Extremely reliable systems exist today for niche industrial and military applications. However, these are designed with reliability being the top priority, and cost appearing further down the list. With the industrial IoT, the challenge becomes about delivering the same high level of reliability at a much lower system cost.

Let’s consider some scenarios where wireless capability has been added to enhance the effectiveness of a system, and where reliability of connectivity can be mission critical.

A key attraction of connected devices in manufacturing includes the potential for yield improvements. To achieve this, it is often necessary to gain remote control of various devices in the production chain to implement adjustments. An example is a control valve for a boiler operating in a chemical production process. Immediate, autonomous control of this valve can make real-time adjustments, based on feedback from other stages in the process, leading to more optimised overall efficiency.

Hospitals and care centres are looking to wireless connectivity to monitor patient vital signs. Clunky wired solutions can be replaced with wireless sensor patches connected through a local gateway. Such systems enable more effective patient monitoring while reducing the burden on healthcare staff.

With advanced image and acoustic sensing and processing methods, systems mounted in public spaces, such as on lamp posts, can detect events such as vehicle accidents and criminal activity with a high degree of confidence. This information can be relayed via wireless communications to the appropriate agency or unit, along with the location information to enable faster emergency response.

Each of the examples previously mentioned are subject to distinct environmental challenges that can negatively impact wireless communication. The steel construction and thick walls of factories create large obstacles that can degrade the power of an RF signal to the point where it cannot be received by the target device. The receiver sensitivity of the radio used in the target device will determine how much signal degradation can be tolerated.

As little as 2dB change in sensitivity could be the difference between the successful or unsuccessful reception of a signal.

Connected devices will typically operate in the relevant ISM band for that region. ISM bands are license free and can be used for a wide range of applications requiring wireless connectivity. 2.4GHz is standardised globally and is widely used by Wi-Fi and Bluetooth devices.

There is also ISM spectrum available in sub-1GHz bands. These bands are commonly used for IoT applications. The band is centred at 868 MHz in Europe and 915 MHz in the U.S.

A challenge arises when multiple devices located in close proximity are sharing the same ISM band. Transmitting devices can interfere with nearby receiving devices, such as in public hospitals, where there are a wide variety of machines sharing the same ISM band. The ability of a radio to operate in the presence of such interferers is measured by the blocking specification.

The challenge extends beyond devices operating within the ISM band. Without sufficient blocking capability, mobile phones or tablets operating nearby could cause a loss of communication in the system.

In military and aerospace applications, very costly components are used to mitigate the effect of interferers. Radios being used for mission critical data, such as the applications previously mentioned, must achieve similar performance to military and aerospace without incurring the high cost of additional external components. Such radios will continue to receive messages with multiple interferers operating nearby.

Radio transceivers are built on processes that are prone to variations in performance, depending on the environment in which they’re operating. Some variations include temperature changes, voltage supply reductions as batteries discharge, and silicon manufacturing variations across devices.

These real-life events can cause changes in the operating stability of the device. Let’s look at an event sensing emergency response system operating on a street light.

Cold winter temperatures could cause the output power of a device to vary or the receiver sensitivity to degrade. This can cause loss of communication under certain conditions. While this is less of a concern for a consumer device, which is rarely used in such extreme conditions, it would be unacceptable for an emergency response system. At best, the cost is reputational damage to the end product and a service call to replace the faulty device.

System designers must ensure that the components selected for the sensing and communication system are robust over changing environmental conditions.

Reliability is also a concern on the communications microcontroller. Although extremely reliable, both flash and non-volatile memory can occasionally become corrupted. This can occur because of unintended effects caused by the operating environment or intentionally through malicious hardware hacking. 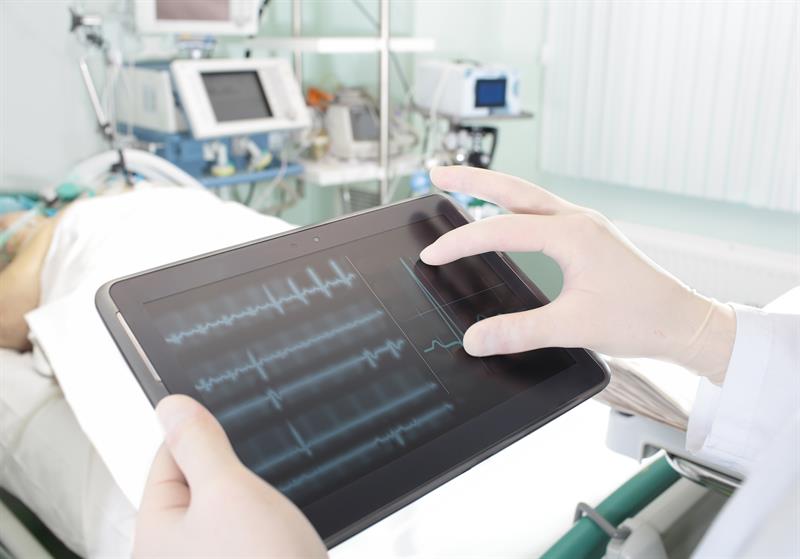 Regardless of the mechanism, it is imperative that microcontrollers are equipped with the necessary integrity features to identify when a device has been corrupted. Once identified, the microcontroller can either correct the error or shut the device down, appropriately ensuring that the security of the wider system is not breached.

Analog Devices has been designing solutions for over 50 years that deal with these challenges. The requirement of hyper robust systems for industrial IoT is not a new one. The ADF7030-1 ultralow power, sub-GHz ISM band radio and ADuCM3029 Cortex-M3 microcontroller, target performance levels and functionality features that enable the most robust communication links.

The ADF7030-1 is the industry’s leading radio for receiver sensitivity performance. In many cases, the ADF7030-1 is capable of receiving radio signals 3dB below the power of other radios. This means signal strengths of less than half the power of its competitor can still be received.

With industry-leading blocking numbers in excess of 100dB, the ADF7030-1 can achieve a level of interference resilience comparable to military and aerospace equipment, without the need for additional costly external components. This increases value and ensures communication is maintained in the noisiest RF environments.

Through generations of collaboration with leading industrial manufacturers, Analog Devices has developed methods for coping with real life environmental effects on radio transceivers. As an example, the output power transmitted by a device using the ADF7030-1 varies by less than 0.2dB over the full temperature operating range.

The ADuCM3029 is designed with flash and ECC parity checks to ensure errors due to memory corruption are identified and corrected where possible. The ADuCM3029 is also equipped with battery monitoring capability in sleep mode.

This ensures that unexpected drops in voltage can be detected and the processor alerted to a possible malicious threat or power supply malfunction. The end device can then take appropriate action by either alerting an administrator or entering a safe mode to ensure the wider system is not compromised.

Technologies inhabit every stage of the IoT signal chain from sensing and measuring, to interpreting and connecting the data. Ensuring the quality and integrity of the information created through this chain is a core design principle and is a fundamental requirement to full-fill the true potential of the IoT.

Why is efficiency critical in electric vehicles?