A KAIST research team says it has developed sodium-ion batteries (SIBs) using copper sulfide anode and believes this will contribute to advancing the commercialisation of SIBs and reducing the production cost of any electronic products with batteries.

The team claims it has successful developed an anode material suitable for use in a SIB. Furthermore, when compared to the existing anode materials, KAIST reports, the copper sulfide anode was measured to exhibit 1.5 times better ‘cyclability’ with projected 40% reduction in cost.

Lithium-ion batteries are the most commonly used today, but until now, large-scale energy storage systems require much inexpensive and abundant materials – and this why SIB has seen much attention.

However, one main obstacle to commercialisation of SIB is the lack of suitable anodes that exhibit high capacity and the cycling stability of the battery. The research team says it recognised this need for a good anode material that could offer high electrical conductivity and theoretical capacity. The material was found to be copper sulfide, preferably in nanoplates, which “prefers to make an alloy with sodium and is thus, promising for high capacity and long-term cyclability”.

Further analysis by the team revealed that copper sulfide undergoes crystallographic tuning to make a room for sodium insertion. Results indicate that the sodium ion-insertion capacity of copper sulfide is as much as 1.5 times that of lithium ions for graphite. Furthermore, the researchers claim a battery with this anode material retains 90% of its original capacity for 250 charge-discharge cycles.

With the natural abundance of sodium in seawater, this development may contribute to reduction in battery costs, which can be translated into up to 30% cut in the price of various consumer electronics.

The hope is that this will help with “the production of next-generation, high-performance sodium ion batteries”. 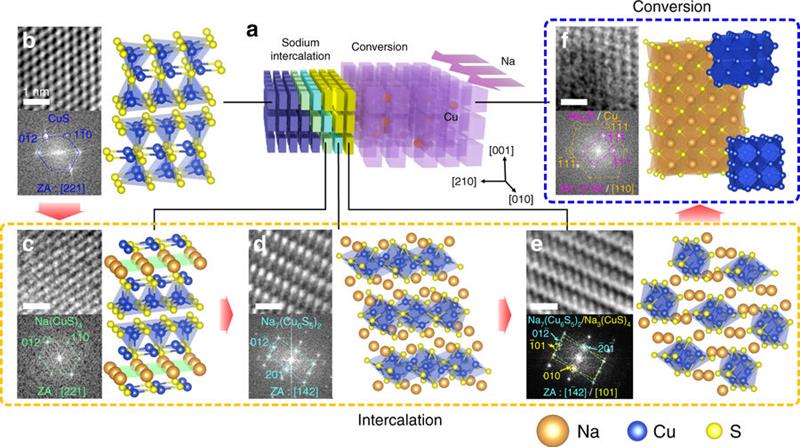 A sodium powder version of sodium-ion batteries may hold the answer to a decent alternative battery, says Purdue University