By adding Photon hardware ray tracing the IMG CXT is being described as a significant step forward in GPU IP, as it is able to deliver improved levels of performance for games and other graphical use cases - it has already been licensed for multiple markets.

Ray tracing delivers much improved graphics realism and does this by imitating how light behaves in the real world making it possible to create extremely accurate 3D scenes. Ray tracing is extremely complex but using IMG CXT’s Photon architecture, mobile developers and gamers will be able to take advantage of this rendering technology with full hardware acceleration.

The Photon architecture is a major leap in the visual possibilities for smartphones, tablets, laptops, and automotive solutions. It can be performed with varying levels of performance and efficiency and Imagination has established the Ray Tracing Levels System (RTLS), identifying six levels of ray tracing, from Level 0 to Level 5.

The Photon architecture inside IMG CXT sits at Level 4 of the RTLS, making it the most advanced currently available.

The Photon architecture can also be scaled to cloud, data centre and PC markets thanks to Imagination’s multi-core technology. This can generate up to 9TFLOPS of FP32 rasterised performance and over 7.8GRay/s of ray tracing performance, all while offering up to 2.5x greater power efficiency than today’s Level 2 or 3 RTLS ray tracing solutions.

IMG CXT is also suited for ultra-premium automotive HMI platforms, enabling the photorealistic representation of vehicles for surround view and dense urban areas for sat-navs, as well as mixed-reality heads-up displays (HUDs), digital speedometers and other information displays. It can also deliver premium in-car gaming and entertainment experiences while occupants wait for the vehicle to charge. 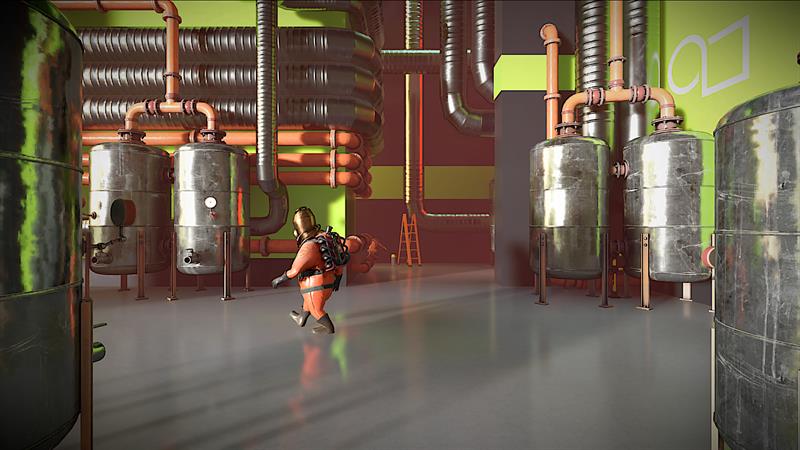 Commenting Simon Beresford-Wylie, CEO, Imagination said, “As a key enabler of the smartphone revolution, Imagination has a distinguished track record of bringing cutting-edge 3D graphics to mobile devices. The innovations we have developed in high-efficiency ray tracing are another significant step in this journey and are creating an entirely new capability for the mobile graphics industry. We are excited to be working with our partners to realise the vision of putting photorealistic graphics content into the palm of your hand.”

The Ray Store keeps ray data structures on-chip during processing, providing high-bandwidth read and write access to all units in the RAC, avoiding slowdowns or power increases from storing or reading ray data to DRAM.

The Ray Task Scheduler offloads the shader clusters, deploying and tracking ray workloads with dedicated hardware, keeping ray throughput high and power consumption low. The unique Coherency Gatherer unit analyses all rays in flight and bundles rays from across the scene into coherent groups enabling them to be processed with much greater efficiency.

These features are able to deliver greater and more consistent ray tracing performance for developers, enabling them to deliver more advanced effects when rendering complex surfaces such as cars, characters, and terrain, to create more detailed environments than ever before.