With the roll-out of the latest iterations will Wi-Fi be replaced by 5G or will the two technologies remain complementary?

One of the perennial debates within the mobile communications sector relates to the stand-off between the worlds of IEEE 802.11 and 3GPP standards and specifications.

The topic is no less heated today as the industry is preparing to roll out the latest iterations of the two - Wi-Fi 6, till recently referred to as 802.11ax and 5G.

So, will the former make the 5G New Radio redundant? Or, will we really need Wi-Fi once 5G starts kicking in? Put another way, will 5G, with the prospect of covering so many bases for both indoor and outdoor connectivity, start squeezing Wi-Fi out once an unlicensed version of 5G takes off?

The reality, as all those interviewed for this feature suggest, is – none of the above. The debate is a false one, and the two technologies will continue to coexist. And for those who prefer this to be otherwise – it is yet another wasted opportunity to align the two wireless platforms closer together.

As Monica Paolini, founder and head of consulting group Senza Fili told New Electronics, “The current equilibrium between Wi-Fi and cellular will be fundamentally preserved as we move to 5G.While Wi-Fi and 5G/legacy cellular will retain their relative strengths and continue to complement each other, there are several areas where the technology is converging.”

Perhaps the most important of these, she notes, is that both the major connectivity regimes have moved into new spectrum bands to accommodate emerging and exciting user cases, for applications such as IoT and hyper-dense traffic location.

One distinction between the two that will remain is that because it uses unlicensed bands, Wi-Fi has better spectrum re-use, even if in licensed bands 5G is more spectrally efficient.

Paolini stresses that while the upcoming Wi-Fi 6 is currently capturing much of the attention, with its increased throughput, spectrum efficiency and device battery life, the evolution of Wi-Fi covers more ground, for instance traffic management, improved security, and the additional spectrum bands - all of which means the development of ever more use cases - many, importantly, for 5G applications.

She references a recent conversation with Carlos Cordeiro, Senior Principal Engineer and Senior Director in the Next Generation and Standards Group at Intel, in which he stressed that Intel, “Sees this complementary relationship growing with 5G. 5G is going to open up even more opportunities for Wi-Fi, because 5G capacity and latency requirements suit the Wi-Fi technology that is being developed today”. The clear message from Dr Cordeiro, stresses Paolini, was that the two will remain complimentary, but whenever the industry feels there is a need to bring them closer together, that is something that’s likely to happen. Not in the near future, however.

Claus Hetting, CEO of the Danish event organiser group Wi-Fi Now, concurs with this view - up to a point.

“We really must stop confusing these two technologies, and in particular that Wi-Fi is destined to become a sub-set of 5G. Nothing is further from reality or the truth” asserts Hetting.

He told New Electronics Wi-Fi 6 will ensure that the technology will continue to remain the mainstay of mobile communication for indoors and most enterprise applications. “Indeed with the really successful implementation of ‘ax’, 5G will just not compete.

“I really don’t believe Wi-Fi needs 5G at all, if anything, it is the other way round.” 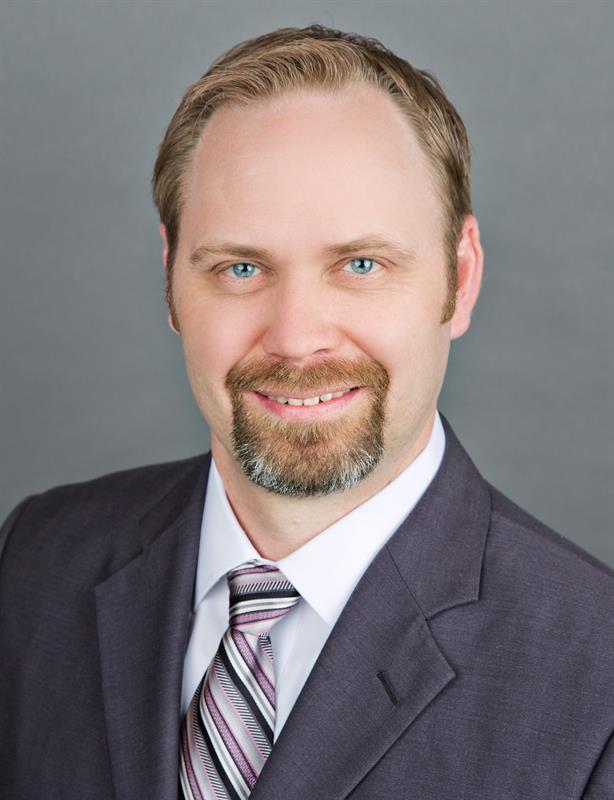 Hetting notes that, “In any case, Wi-Fi 6 is already available in many access point (AP) products targeting both consumer and enterprise applications, chip companies including Broadcom, Intel, Qualcomm and Quanterra are shipping silicon, the industry has undertaken numerous successful ‘plugfests’ with routers and AP’s from major suppliers, and official certification of products will soon start under the auspices of the Wi-Fi Alliance.

“And where exactly are 5G products?” queries the Wi-Fi evangelist.

He also added that Intel surprised many at last month’s Mobile World Congress with a demonstration of what the technology will offer when 6GHz Wi-Fi becomes a reality.

The timing hinges on when regulators allow Wi-Fi to operate in that frequency spectrum – unlikely before 2021 and then probably, only in the US.

However, the industry is speculating that when that enhancement( i.e. Wi-Fi in the 6GHz spectrum )does arrive, it will more than double the Wi-Fi spectrum, with up to 4x more 160Mhz channels deployment options, offering hugely improved network capacity and reduced latency. And, by implication, even more necessary in the 5G era.

Hetting also welcomed the decision earlier this year by the IEEE 802.11 working group that is responsible for defining Wi-Fi standards that only Wi-Fi 6 capable devices be permitted to operate in the forthcoming new 6 GHz bands.This, he said, would unleash a veritable smorgasbord of powerful new services in just about every Wi-Fi segment and category, leading to numerous new applications - notably in dense environments - taking advantage of the huge potential additional quality and capacity. The decision means Wi-Fi 6 will be defined for operation in all current Wi-Fi bands, including 2.4GHz, 5GHz and future 6GHz.

Conversely, the current Wi-Fi 5 (802.11ac) will continue to operate in 5GHz only while the original 2.4GHz will support the earlier versions of Wi-Fi.The decision means Wi-Fi and 5G will get even closer in various potential performance levels.

Indeed, broadband connectivity and the convergence of Wi-Fi and 5G is set to become one of the defining trends this year. For instance, wireless industry organisations the NGMN (Next Generation Mobile Networks) and the Wireless Broadband Alliance (WBA) published a joint report in January that outlines several potential use-cases in a converged world. The significant message of the document is that convergence between 5G and Wi-Fi, at least at the network level, is completely feasible, with each radio access network (RAN) bringing unique and complementary capabilities, and thus seamless services.

A major requirement for overcoming challenges towards convergence is seen as the enablement of Wi-Fi only devices to connect to the 5G core, and the report stresses that more research will be needed to ensure tight integration between the two networks. This may need an interface “to enable certain levels of network manageability and policy control between the 5G core and Wi-Fi networks, and the ability of a client to route traffic over one or more accesses, making optimal use of the available connectivity.”

The report suggests some specific technical developments, including devising specifications for tightly integrating 3GPP and non-3GPP radio technologies, and, importantly, ensuring this works within the core cellular network.

Despite this, and other initiatives, the feeling lingers that the two standardisation bodies (IEEE and 3GPP) continue to miss opportunities to align the two wireless technologies, despite the overlap that exists.

Many feel a trick was lost early on when the 5G standards process kicked off. There were talks between the two organisations about the potential from both a technical and user community viewpoint about integrating IEEE Wi-Fi related contributions into the 3GPP process, but these came to nothing, so the chance of a single, multi-RAT platform was lost.

The situation is frustrating many in the industry, who note that there are many common pointers in common within both organisations’ roadmaps, and that each could learn and benefit from the other’s initiatives in wireless connectivity.

For instance, the Wi-Fi crowd has moved much quicker than 3GPP in deploying mm-wave spectrum commercially. And it has taken a while for Wi-Fi to start deploying a technology that has been a mainstay of cellular for quite a while - namely OFDMA (orthogonal frequency division multiplexing). Wi-Fi 6 does – such that not only will it now be significantly faster, and also better able to handle the fast-growing need for client density that is now a must for modern IT systems.

And there are no indications that this stand-off will change any time soon. For instance, the IEEE seems not to have any plans to submit its 802.11 specs for potential recognition as an IMT-2020 (cellular) technology, and, similarly, it seems clear the 3GPP’s 5G will be the only recognised candidate to be an official next generation wireless standard.

As well as industry groupings, it seems numerous enterprises are also urging the two to find more common ground - business users are very keen to apply a single security protocol across both cellular and Wi-Fi networks.

Regulators are also getting in their ‘tuppence’ worth, and sometimes with a less optimistic view regarding the long-term prospects for Wi-Fi. For instance, in a wide-ranging interview with Telecom TV, the CTO of Ofcom suggested Wi-Fi could face a challenge to stay relevant as it does not seem to project an overarching vision for the future, at least when compared to that expounded by the 5G bandwagon.

Specifically, Mansoor Hanif said Wi-Fi proponents need to promote the technology beyond the immediacy of its coverage and connectivity, and come up with an n end-to-end development plan.

Hanif warned that despite its major advantage for indoor coverage, it could just become a piece in the jigsaw of the wider 5G framework, rather than having a unique framework of its own.He suggested that thanks to network slicing, cellular operators could set up virtualised network services that will be much more cost effective indoors than they are now.

Ofcom’s CTO also upset many at last November’s WBA Global Congress in London when he suggested the Wi-Fi sector needs to accelerate its developments if it wants to play a full part in a converged Wi-Fi/5G world, and focused most of his talk on the bright future of 5G, without referencing the late arrival of what he terms ‘an elephant of a technology’. 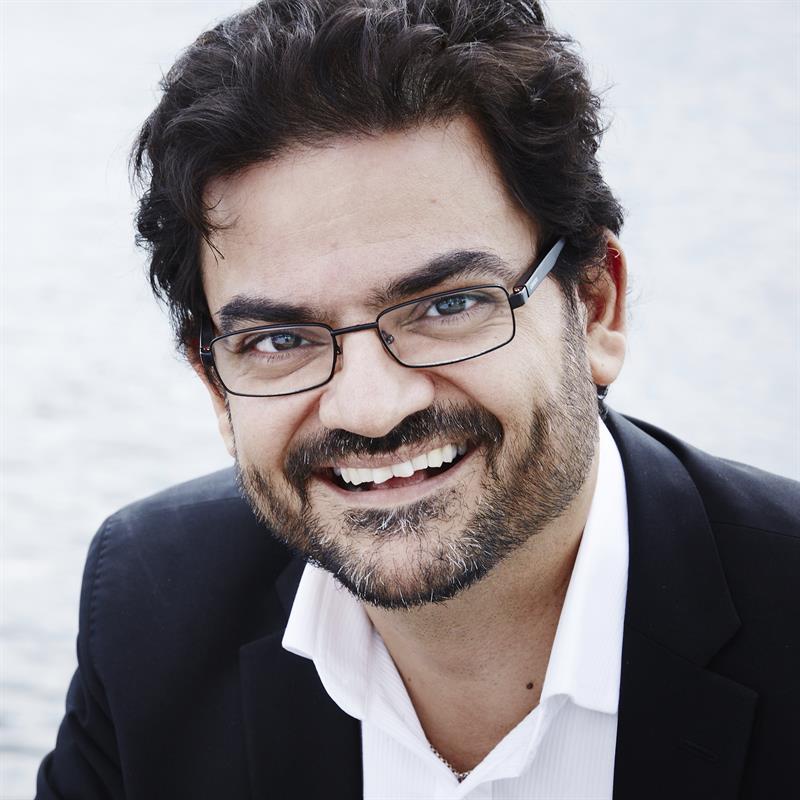 To be fair, there is still work to be done to have Wi-Fi 6 fully embedded.“Our certification project, crucial for an orderly implementation, and to ensure interoperability, is just getting started. And it is not a simple task, because of the amount of innovation and new features embedded in the latest iteration”, Kevin Robinson, director of marketing at the Wi-Fi Alliance told New Electronics.

“We are also seeing a fundamental shift in the way Wi-Fi will be perceived. For the past 20 years, the focus has been on evolution and to achieve ever higher data rates. Now with the adoption of multi-user MIMO (which allows more data to be transmitted at the same time) and OFDMA(which splits each radio channel into many more, thus allowing it to handle multiple devices) the focus is shifting to improving the way a network handles traffic”.

Robinson used a novel analogy to explain the shift, likening the concept to a delivery fleet. MU-MIMO adds more trucks to a fleet, while OFDMA enables each truck to make multiple stops on its route. The end result is significantly more efficient use of both the space and capacity that the ‘truck’ can provide.

Actual certification will start in earnest by the third quarter of the year, Robinson said. And he adds, it will allow significantly better security then previous generations of Wi-Fi, using the WPA3 protocols, a successor of Wi-Fi Protected Access 2 that has been the mainstay for over 15 years.

The major difference will be the way devices greet a router or other AP to which they are trying to connect, using a handshake mechanism called Simultaneous Authentication of Equals – more often referenced as a ‘dragonfly handshake’

With all these advancements, “Wi-Fi will continue to have inherent strengths, one of the biggest being that it will be able to deliver some of the 5G use cases on the horizon. So the message is the two worlds will need to be complementary”.

Wi-Fi taking advantage of more parts of the spectrum