Standing the test of time

Despite being in its 21st year the market for Bluetooth continues to grow. To put it in perspective in 2000, there were a total of 800,000 Bluetooth enabled devices shipped in a single year. Today, it’s 10million per day.

Martin Woolley, Developer Relations Manager EMEA at the Bluetooth Special Interest Group (SIG), the official standards organisation for the wireless communication technology, suggests that Bluetooth’s survival and popularity is owed to its clever evolution that has made it applicable to new and relevant use cases.

It started with Bluetooth Basic Rate Enhanced Data Rate – essentially a cable replacement technology that allows for one-to-one wireless communication. Now there are three Bluetooth technologies, but arguably the biggest milestone emerged 8 years ago with the release of Bluetooth Low Energy (BLE).

BLE allows for super-efficient, wireless devices - and paved the way for applications that were previously not conceivable. For example, the smart home relies on battery-powered sensors hidden in non-accessible places.

With the introduction of BLE radio, the community also sought to address the market opportunity for standardised, lower-cost location services solutions. With forecasts anticipating more than 400m products shipping per year by 2022, it appears it’s been successful in achieving that goal.

The location technology generally falls into two categories - proximity and positioning. These use the BLE radio to determine if two Bluetooth devices are in range of each other and, in many cases, use received signal strength (RSSI) measurements to estimate the distance between the two devices. 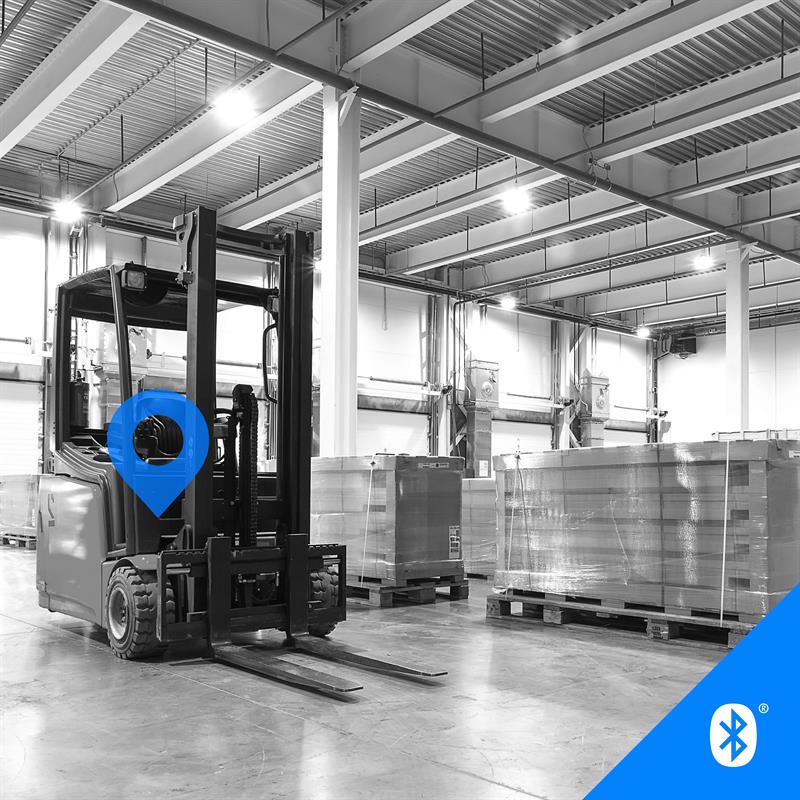 In a PoI information solution, small, battery powered Bluetooth transmitters, often referred to as beacons, are scattered throughout a facility to improve visitor experience, for example a beacon can be deployed in a museum to offer visitors information about the exhibits. Typically, these kinds of solutions will need the individual to download an app onto their mobile phone, which enables the Bluetooth radio in their device to ‘listen’ for nearby beacons.

Item finding is another PoI solution, which, according to SIG, has experienced tremendous growth over the last few years. Again, these are small, battery powered Bluetooth devices – often known as personal property tags – that can be attached to movable objects such as car keys. They include an application that enables the Bluetooth in a smartphone to ‘listen’ and estimate the distance of the tag.

Bluetooth RTLS solutions can be used to track assets and people, for example in a hospital it could track and locate the position of an ultrasound machine or patient. These systems are based on the deployment of Bluetooth receivers – or locators – in a fixed location throughout a facility. These locators connect back to a centralised server. While the low-powered, battery operated Bluetooth transmitters are attached to the assets or person that the system intends to track. These are programmed to periodically emit a signal.

The locators report back to the centralised server all the transmitters it can ‘hear’ as well as the RSSI from each. This information and the known position of the locators is used to estimate the position of the transmitters based on a process called trilateration. This is where three distances are used to find a location, with the intersecting point indicating where the asset is within that space. 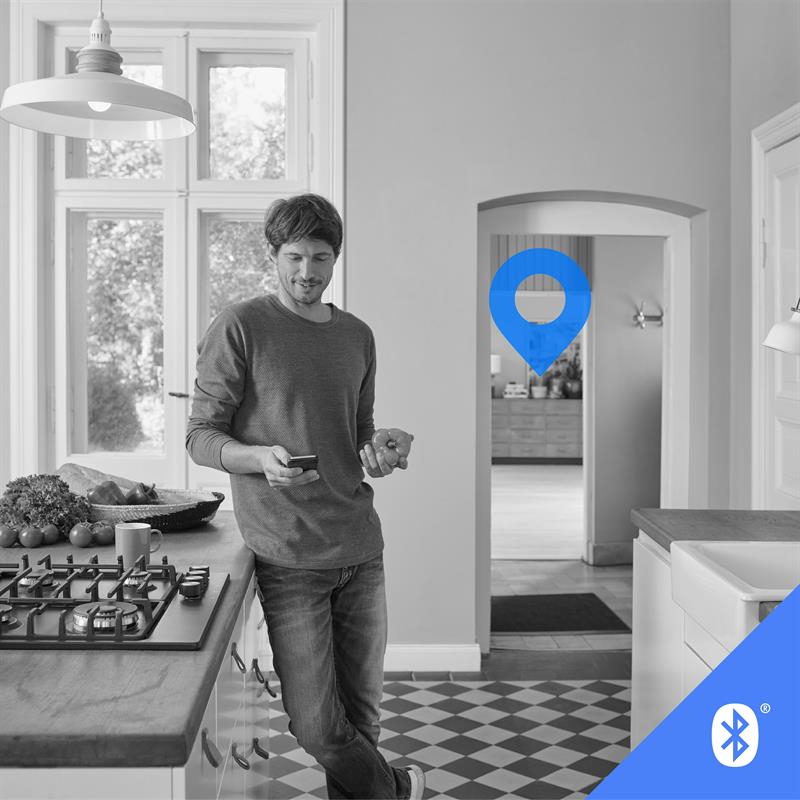 IPS, which can mostly be found in airports, large offices and shopping centres, are used as a wayfinding solution. They work in the opposite way to RTLS, instead of the receivers, Bluetooth transmitters (or beacons) are deployed in fixed locations throughout the building. Facilitated via a smartphone app, the mobile listens for locator beacons; and based on which one they can hear and the RSSI, the app is able to use trilateration to calculate its current position.

The third technology of the Bluetooth evolution is Bluetooth mesh. “This creates networks of tens of thousands of smart devices and was designed for smart buildings where every light, air con system, thermostat, and so on, becomes a device in your network,” explains Woolley. “This enables you to monitor and control these systems and create automation. For example, when a specific temperature is met, the heating will turn off.”

And now, the evolution of Bluetooth has taken one step further with the introduction of the new finding feature.

The new release of the core specification – version 5.1 – stipulated some enhancements and error corrections, but the primary announcement is the addition of the direction finding capability.

This feature holds the potential to significantly enhance the performance of Bluetooth location services solutions, going from metre-level to centimetre-level accuracy, according to SIG.

The feature supports two methods for determining the direction of a Bluetooth signal, both of which are based on the use of an antenna array: angle of arrival (AoA) and angle of departure (AoD).

In the AoA method, the device to which direction is being determined, such as a tag in an RTLS solution, transmits a special direction finding signal using a single antenna. The receiver device, such as a locator in that same RTLS solution, has multiple antenna arranged in an array. As the transmitted signal crosses the array, the receiving devices sees a signal phase difference, calculating this using In-Phase and Quadrature (IQ) sampling.

“Small differences in the distances between the antennae in an array within one device and the single antenna of the other device can be determined by measuring the phase of radio waves incident upon the receiver’s antenna or antennae. From these distance differences, we can use trigonometry to calculate the direction of one device from the other as an angle,” Woolley said.

With both, the sampled data is passed up the stack via the Host Controller Interface where it will then be possible to apply a suitable algorithm to the sampled data to calculate the direction of one device from the other.

“This feature offers accuracy that is leagues better than the old beacons. However, this doesn’t mean it will replace this technology – because it all depends on your use case,” said Woolley. “But where more precision is needed, this new tech will be utilised.”

The hope is that Bluetooth will now be able to better address the varied and evolving needs – like it has done so in the past – of the location industry, enabling more flexible, scalable and future-proof deployments.

As for the future, Woolley said that “the community never sits still”. He pointed to next generation Bluetooth audio as the technology’s ensuing innovation.

“There are lots of alternative listening scenarios that are not headphones and phones,” he hinted, “but that’s all I can say. One of the balancing acts of being a standardised body is finding a way for competing companies to work together. The way we’ve achieved that is strict confidentiality.”

Although the future of Bluetooth can’t be unveiled just yet, this is a technology that has stood the test of time, and so, it holds promise that whatever it is, it’ll be revolutionary. For now, with the publication of 5.1 still relatively fresh, it’ll be interesting to see how exactly the industry will utilise it.

The science of shopping: How digital innovations are shaping the future of retail

A question of time

Achieving the Vision of “IoT in Everything”