Applications using ultraviolet (UV) light were first used back in the 1900s, but it was not until the 1940s that it was used on an industrial scale curing resins and inks and being deployed to sterilise and then disinfect medical equipment.

In the 1950s, UV light was used to treat water and, by the 1970s, was being deployed on a municipal scale across Europe and North America for the purification of drinking water supplies.

There are three ultraviolet wavelengths: UVA, UVB and UVC which represent longer through to shorter wavelengths and it’s their reaction to various substances that makes them so useful.

“It’s one of those technologies that has been around for a long time and isn’t new,” says John Cafferkey, Cambridge Nanotherm’s marketing manager. “It’s been used to treat surfaces, food and air. UVC light is great for sterilising equipment in hospitals – it can disrupt the DNA of bacteria so it can sterilise and then purify medical equipment – and has been deployed using traditional mercury based lamps. These have tended to be high powered, very hot and very expensive to use.”

Today, the market is being transformed by LED technology which is enabling much smaller, more cost-effective and robust devices to be developed. They are not only being used to replace existing applications, but are also finding use in many previously inaccessible applications.

“UVC LEDs are opening new applications like portable sterilisation units that can provide millions with clean drinking water, or can be used to sterilise camping equipment.

“However, there are challenges when it comes to using the technology. In the case of UVC LEDs, you need different materials in the semiconductor makeup to get the wavelength right, which means using aluminium nitride. This is only now becoming a viable technology.

“This is helping to drive the market and the UVC market in particular is, we believe, on the cusp of meteoric growth,” thinks Cafferkey. “Research from Yole Developpement supports that view and suggests the market for UVC LEDs is set to grow from $7million in 2015 to $610m by 2021.

“UVA is currently used extensively in the industrial market to cure resins, it is a massive market. UVC meanwhile, remains nascent. But looking to the future, that’s where we believe the growth will come from.” 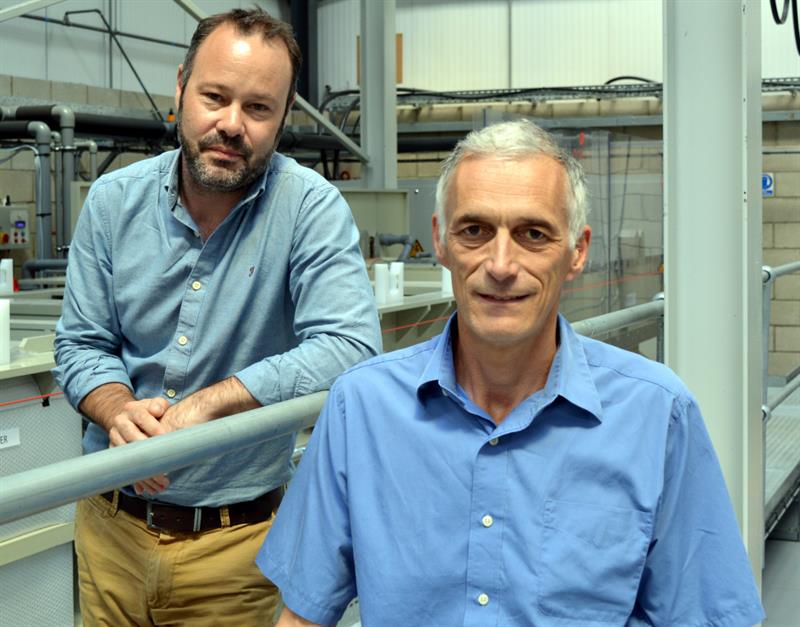 “Your standard white LED is around 50% efficient,” explains Dr Giles Humpston, Cambridge Nanotherm’s applications manager. “Half of the power is converted to light; the remaining 50% is heat. You need to get rid of that heat or the LED will destroy itself.

“When it comes to UV LEDs – and there is a lack of material understanding as to why this happens – as you reduce the wavelength, efficiency drops alarmingly.

“In the case of UVA, LED efficiency drops to 40%, but with UVC LEDs, that tumbles to 5%, with 95% of energy coming out as heat. They are basically heaters with the occasional photon!” he explains. “Heat has to be conducted away through the base of the LED via a thermally conductive PCB to avoid the LED die overheating.”


“What we have developed is a periphery technology,” explains Cafferkey, “that will enable these new LEDs to sit on PCBs.”

For LEDs to function, they need to conduct heat efficiently, but functioning electrical connections are also necessary.

“You will need a dielectric on top of the metal in order to stop copper tracks from shorting out,” Humpston says.

“Being fully inorganic, it won’t degrade with use,” says Humpston.

“Traditionally, the industry has used metal clad PCBs, with a dielectric layer usually made from an organic material. So you have to discard this approach. Ceramics such as aluminium oxide or aluminium nitride (AlN) can also be used, but they present a problem for LED designers – using either low-performance, but cost-effective, alumina (25W/mK), or high-performance, but expensive, AlN (140 to 170W/mK),” explains Humpston.

There is another issue with using ceramic, according to Humpston, in that it is brittle and prone to cracking.

“As a result, none of these solutions are ideal for the new wave of portable applications being developed using UV. Equally, it is an issue for industrial applications —the module PCB will tend to fracture. It’s also expensive and that’s a serious drawback in a market that’s looking to grow.”

“It’s a nano-ceramic material with a thin film coating on top, which removes that organic layer,” says Cafferkey.

“Nanotherm DMS combines the robustness and manufacturability of aluminium with the high thermal performance of AlN and as it undergoes thin-film processing, it’s entirely inorganic,” explains Humpston.

“We take plates of aluminium and then place them into large tanks of water, adding chemical additive and a power supply. The process lasts for up to 10 minutes. At the end, we have converted aluminium metal to alumina. The alumina we grow has a tiny grain size – it’s truly a nano material, and, as a result, has very different properties than you would find in its bulk form,” says Humpston.

If you take a thin piece of alumina ceramic, it tends to be rigid, with a relatively low withstand potential in terms of the voltage that can be applied across it.

“By contract, nanoceramic alumina can withstand a much higher voltage so it can be made thinner. It has a thermal conductivity of 7.2W/mK which, coupled with being just tens of microns thick and using a direct metallisation process, gives a composite thermal performance of 152W/mK,” according to Humpston.

While this might be slightly inferior to the very best and most expensive AlN substrates, the mechanical robustness of Nanotherm’s metal board permits better approaches to mounting so the measured system performance tends to exceed that of aluminium nitride.

“UV LEDs are enabling a range of opportunities from life to lifestyle changing. The key challenge for module manufacturers is how to balance thermal requirements with cost and practicality,” says Cafferkey. “We believe that Nanotherm DMS meets the challenging requirements of the UV industry and offers a real alternative to the ceramics currently on the market.”

Report outlines 2020 trends and thermal challenges in the LED industry

When the heat is on