Analysts are falling over themselves predicting just how big the IoT is going to be – and it will be big. What is less certain is what will be connecting all these devices. Some companies, such as Sigfox and those in the LoRa Alliance, are rolling out dedicated networks in cities around the world. However, these have the drawback that a new network does need to be deployed and that in most cases the coverage is somewhat limited.

For this reason, many see making use of the existing cellular network, particularly LTE, as the way forward. However, LTE is not a single standard and those who are delving into the IoT for the first time are discovering that it is not as simple as it might first appear.

Within the licensed 3GPP world for LTE that can be used for M2M and IoT applications there are four categories – LTE Cat 1, Cat 0, Cat M1 and Cat NB-IoT. Out of these, Cat 0 can be ignored as it is seen as a bit on an in-between step and some equipment manufacturers do not even have it on their roadmap.

Cat 1 is being deployed and will continue to be used for IoT applications that also need a voice link. However, this is not the case for most IoT applications, which is why the future is more likely to be in Cat M1 and Cat NB-IoT NB1, which stands for narrow-band IoT. Cat M1 is the most advanced of these with some equipment likely to be available in early 2017 if not before. Cat NB-IoT, which many carriers believe will be the ideal IoT platform, is unlikely to see any deployment traction before 2018.

One of the key differences between M1 and NB-IoT is the data rate, with M1 being at around 375kbit/s and peaking at 1Mbit/s using full duplex. NB-IoT, on the other hand, is around the 50kbit/s mark, which is more than enough for most IoT applications, such as, say, sending back meter readings to gas or electricity utilities. Cat 1, because it can handle voice, goes well beyond both these with 10Mbit/s uplink and 5Mbit/s downlink.

M1 has the advantage of limited mobility whereas NB-IoT is purely for fixed installations. Cat 1 is more akin to the 2G and 3G standards we have become used to. It has fuller mobility, will thus see applications in automotive, such as with connected cars, as well as in logistics for tracking and tracing. M1 will also have logistics applications as well as remote monitoring and retail, whereas NB-IoT could form the backbone for smart buildings and smart city deployments and fixed installations.

Figure 1: Cats M1 and NB-IoT are building on existing mobile network infrastructure and can be flexibly deployed across any licensed bands


Pros and cons
A key feature in Release 13 of 3GPP was the power saving mode (PSM), which will allow LTE to challenge LoRa and Sigfox in their key application areas. Though the power consumptions are still not as low as with the unlicensed bands, it is a significant improvement over standard cellular modules and should allow LTE to be used in many IoT applications where devices are required to operate for long periods unattended using just batteries.

In PSM, a device can be inactive for up to 12 days yet still be known by the network, making powering up more efficient than with a cold start.

When the device is in a deep sleep, the real-time clock continues running and data is stored in flash. In Release 13, devices can stay in this mode for about a year. Modules using PSM will be significantly cheaper than standard cellular modules as they won’t have to handle video or voice and thus can operate at much lower data rates.

Cat M1 and NB-IoT will also, unlike standard cellular, be able to work deep inside buildings, something that LoRa and Sigfox had regarded as a key advantage for their networks. In fact, LTE scores on most check points when compared with the unlicensed spectrum alternatives. As well as making use of an existing network, it can provide enhanced security for IoT applications as well as guaranteed quality of service.

Which LTE standard
As mentioned, Cat 1 is the correct choice if any type of voice needs to be supported and seamless mobility is required. It suits applications that have real-time aspects and need over-the-air updates. Cat 1 is also ready whereas M1 and NB-IoT are not yet deployed. M1 and NB-IoT are better suited for when the carrier is happy to split the ownership with other mobile network operators rather than having full control as with Cat 1. They are also not suitable for applications needing voice and seamless mobility, though M1 can handle limited mobility. However, if low cost and low power consumption are key requirements then either M1 or NB-IoT could be the perfect choice.

Choosing a module
Though modules are not yet available for the newer M1 and NB-IoT standards it is worth looking for a manufacturer, such as Gemalto, which already has Cat 1 modules available and has played an active role in 3GPP standardisation for these machine type communications (MTC). In fact, Gemalto was the first to market with LTE Cat 1 modules and has the broadest MTC portfolio with two platforms, plus a roadmap that takes it to Cat M and NB-IoT.

Today and tomorrow
Some markets, such as Australia, have already turned off the 2G service and the USA is likely to follow suit. In Europe many carriers have delayed 2G switch off until 2025. This means that 2G does not have a long-term future for IoT and M2M applications. LTE Cat 1 can provide this service though its high data rate and ability to handle voice means it is ‘overkill’ for many IoT deployments. That is why most will be pinning their hopes on M1 and NB-IoT, designed specifically for these uses.

The USA is the lead market for LTE and has a clear path with Cat 1 available, and M1 and NB-IoT to follow. Europe is more fragmented, with Cat 1 supported by existing LTE networks, some carriers, such as Swisscom, having committed to M1 and NB-IoT, and others such as Vodafone possibly deciding to skip M1 and move straight to NB-IoT. Russia and Latin America are likely to stick with 2G for some time. Korea is undecided on whether to go for M1, NB-IoT or both. China, on the other hand, is a clear leader on NB-IoT and Japan and Australia lead for M1; Korea, Japan and Australia support Cat 1. In Australia, Telstra and Vodafone have both announced plans for NB-IoT in 2018 or beyond.

Whereas 5G, when it arrives, will have MTC built-in, the timescale is uncertain and so for those looking at M2M and IoT in the near future, M1 and NB-IoT are the best options. 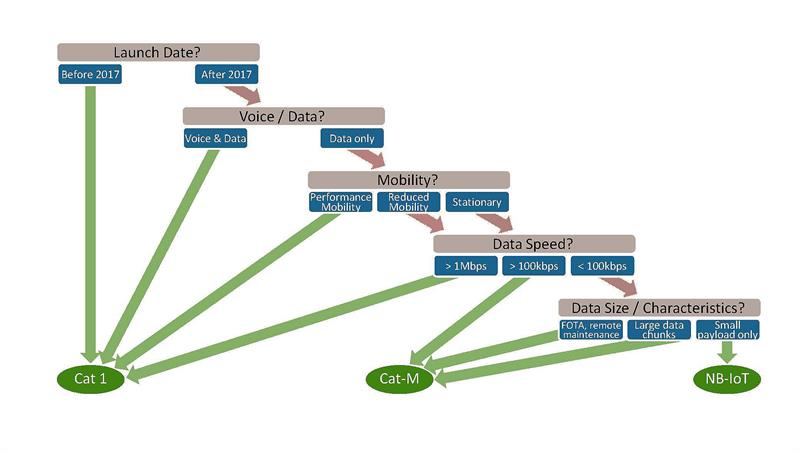 Figure 3: How to decide which LTE category suits the application