Across the consumer space the quest for increased efficiency is driving innovative power management designs.

All across the power scale, from milliWatt-driven wearables and energy-harvesting designs to kiloWatt-level power supplies, the quest for increased efficiency is a common theme, when it comes to power management.

Designers of power supplies for consumer electronics have, for several years, been tasked with implementing supplies that minimise losses not only when delivering their rated power, but at all levels down to standby, and governing regulations are seeking to limit so-called “vampire power” consumption even further.

In response Texas Instruments has developed a generation of controller, the UCC256301 & UCC256303, on a new LLC (inductor-inductor-capacitor) architecture; the device is a resonant controller with an integrated high-voltage gate driver that can yield standby power down to as little as 40 mW when fully regulating the system output, or 75 mW with power factor control (PFC). Products that could previously only meet the most demanding standby requirements by employing a separate low-level standby supply, can now use a single AC/DC converter.

TI’s LLC is the latest in a long line of innovative architectures and switching modes that have been explored in the cause of greater efficiency. Low loss is not the only area in which such controllers must excel. Loads that switch quickly from low to high power demand need supplies with fast transient response; the regulator is in effect a wide-bandwidth amplifier with a fixed output level, and it has to be stable at all times.

Wearables, whether for medical use, or as infotainment devices, present a pressing need to operate from the lowest possible power level, with losses as low as possible.

Maxim Integrated’s MAX20303, is a highly integrated and programmable device with multiple functions and comes in a 3.71mm x 4.21mm package; it has power-optimised voltage regulators, including multiple bucks, boost, buck-boost, and linear regulators. The quiescent current of each regulator – delivering up to 220mA – is typically 1µA, to extend battery life in always-on applications.

A complete battery management solution includes charger, power path, and fuel gauge, with battery seal and thermal management and input protection are built into the charger.

Related to products such as wearables is wireless charging which is becoming more prevalent as consumers look to the convenience of lead-free operation. Not for the first time in the life of a power-related standard, up-rating in power levels is taking place even as the principle comes into use.

ST Microelectronics looks to support the move with an advanced wireless-charging transmit chip, the STWBC-EP, that includes the necessary foreign-object detection and safety features, at lowest standby power.

The device contains a step-up DC/DC converter and a controller, with the Qi charging algorithms already implemented in firmware, generating the input power and control signals for an external half-bridge power stage that drives the charging transmitter antenna. An evaluation kit describes a 15W Qi MP-A10 reference design, 12V 2A AC/DC adapter, a USB/UART dongle for connection to the PC and USB cable, as well as pre-loaded firmware.

Also in the consumer space, the provision of USB-C continues to become more widespread – making use of its higher-power-delivery capability and single point of connectivity, battery charger chips have appeared on the market. 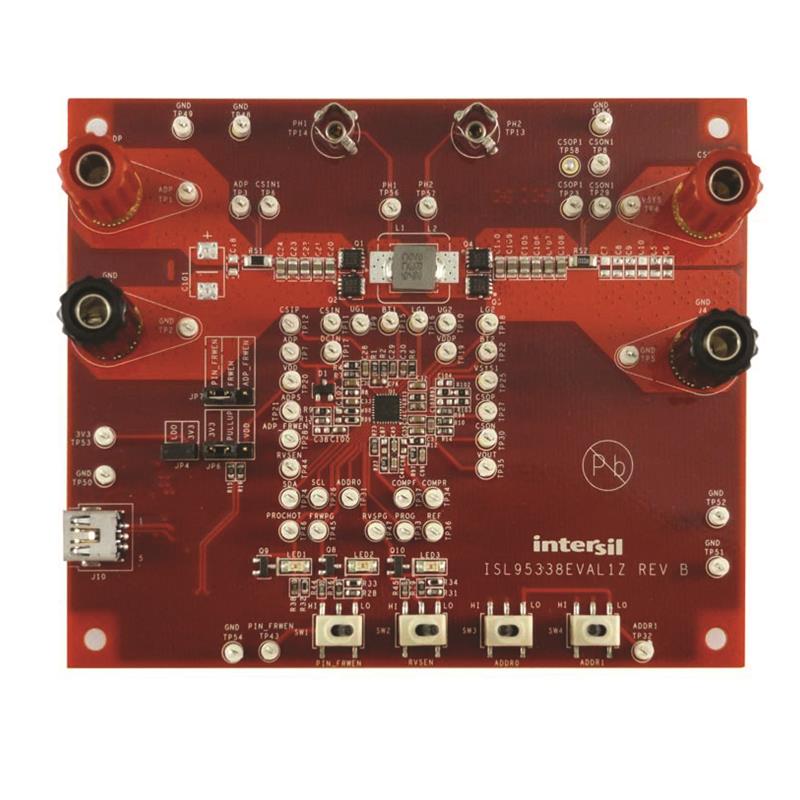 Taking power from DC power sources such as AC/DC power adapters, USB PD3.0 ports, travel adapters or power reserve modules, it outputs a regulated voltage up to 24V. The part can also convert a range of DC power sources to a regulated 20V at its power adapter input. It can operate in buck-mode, boost-mode, and buck-boost mode and uses what Intersil terms R3 modulation, merging fixed-frequency pulse width modulation (PWM) and hysteretic PWM, for (once again) efficient operation at low power levels together with very fast transient response. Designs can be compliant to the USB PD3.0 standard offering programmable power supply (PPS) fast charging with bidirectional 5V to 20V buck, boost or buck-boost modes.

Lowest-possible standby current demand is also of continuing importance in the automotive space. The number of electronic sub-systems in cars continues to expand, and the total “ignition-switch-off” current drain must be at a level that ensures the vehicle’s battery is not depleted over an extended period. On Semiconductor’s NCV898032, is an automotive-rated boost controller that drives an external n-channel MOSFET, to supply a range of loads – lighting, for example – in a vehicle.

It has been designed to meet the need for low off-state battery drain with a quiescent current that is significantly under 10 µA. Employing peak current mode control with internal slope compensation, the chip incorporates an internal regulator that supplies charge to the gate driver. Its input accepts 3.2V up to 40V and it withstands load-dump of 45V. Featuring simple compensation for stable operation, the controller has multiple built-in protection features.

Not all the attention in voltage regulation has centred on switching designs; there are many configurations in which only a linear regulator will suffice, often for reasons of very low noise. Typical scenarios include powering precision analogue-to-digital converters, or low-distortion RF amplifiers where no power supply noise can be tolerated.

Aimed directly at that requirement – and providing designers with a versatile component that can be employed in a variety of applications – is Texas Instruments’ TPS7A39. This 150-mA regulator is notable in that it provides positive and negative rails for components and sub-systems that require symmetrical – or asymmetrical – supplies either side of ground D/A converters, and operational/instrumentation amplifiers, for example. The positive and negative rails are individually adjustable, and track each other at a constant ratio during start-up: or, set the negative rail to 0V for single-supply amplifiers. Keeping switching (and other) noise out of linear circuitry, the regulator specifies power-supply rejection ratio (PSRR) figures of better than 50 dB up to 2 MHz, and 69 dB at 120 Hz.

A basic principle in engineering is that to control a parameter, first you must measure it. Taking that principle into the laptop and notebook PC space, a new introduction from Microchip aims to optimise measurement precision in products specifically using the Windows 10 operating system (OS). 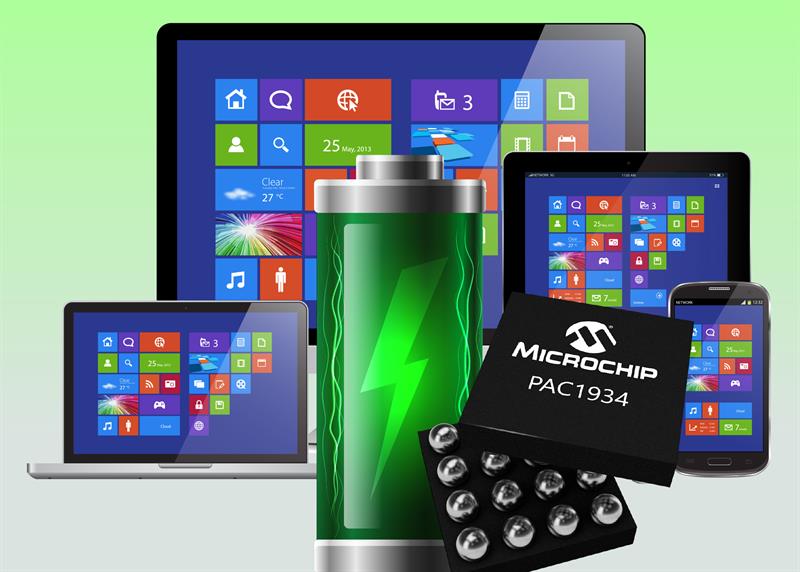 A limitation of efforts to achieve very accurate monitoring of power usage in processor-based systems has been the fast-changing transient nature of current drain as routines and applications turn on and off, and call peripherals. Close integration with the OS provides a more detailed level of knowledge of when the ‘spikes’ occur, and permits more precise charge flow monitoring, and better use of battery capacity.

Microchip’s PAC1934 IC comes with a software driver compatible with the Energy Estimation Engine (E3) built into the Windows 10 operating system to provide 99 percent accuracy on all Windows 10 devices that have batteries.

By combining Microchip’s PAC1934 and Windows 10 driver with Microsoft’s E3 service it is possible to improve the measurement of battery usage from different software applications by up to 29 percent. The chip measure voltage rails as low as 0V and as high as 32V. It is this ability that allows the chip to accurately measure power usage from simple Core Processing Unit (CPU) tasks all the way up to software running on devices that connect through a USB Type-C connector. Bidirectional measurement will find use in USB Type-C charging topologies as they emerge. Support for the Linux OS is promised.

This is but a brief selection of power topic, skimming the surface of what has become a very broad design space. For example, we have not touched on integration at higher voltages, or new technologies for driving silicon carbide and gallium nitride power devices, or a growing number of other rapidly-developing disciplines within “power”.