How to keep conflict minerals out of the supply chain?

Are electronics products worth someone’s life? This uncomfortable question has led some companies to try to prevent conflict minerals from entering their supply chain and to encourage a more official framework to be put in place.

Conflict minerals are sourced from mines under rebel rule and provide funding for arms, which perpetuates the circle of violence against local populations.

The main focus for this issue so far has been the Democratic Republic of Congo (DRC), where decades of violence have seen 5.4million deaths – the deadliest conflict since World War II.

The four most contentious elements are known as the 3TG: tin, tungsten, tantalum, and gold – all used in electronics products.

In 2010, the US passed the Dodd-Frank Wall Street Reform and Consumer Protection Action, which included a provision (Section 1502) requiring companies to report annually to the Securities and Exchange Commission on the due diligence measures they have undertaken to assess the use of conflict minerals in their supply chain.

Statistics bear witness to the rapid improvement in conflict minerals tracing since the implementation of legislation. In a report issued by the Enough organisation in 2012, the number of smelters audited by the Conflict-Free Smelter Program was 20.

“The bottleneck for the evaluation of mining was the smelters,” added Anne Barr, managing consultant at The Compliance Map. “There were thousands of miners but only a few hundred smelters in the world.”

In December 2016, 75% of smelters, specifically 242 out of 319, worldwide had passed audits for these four elements. In addition, 204 mines have been validated as conflict-free in Eastern Congo, which encompasses 79% of the 3T miner workforce.

“Minerals that do not go through conflict-free programmes sell for 30 to 60% less,” according to the Enough Project, thus making the 3T trade significantly less lucrative for armed groups.

There is, however, still work to be done before all minerals are to become conflict-free. 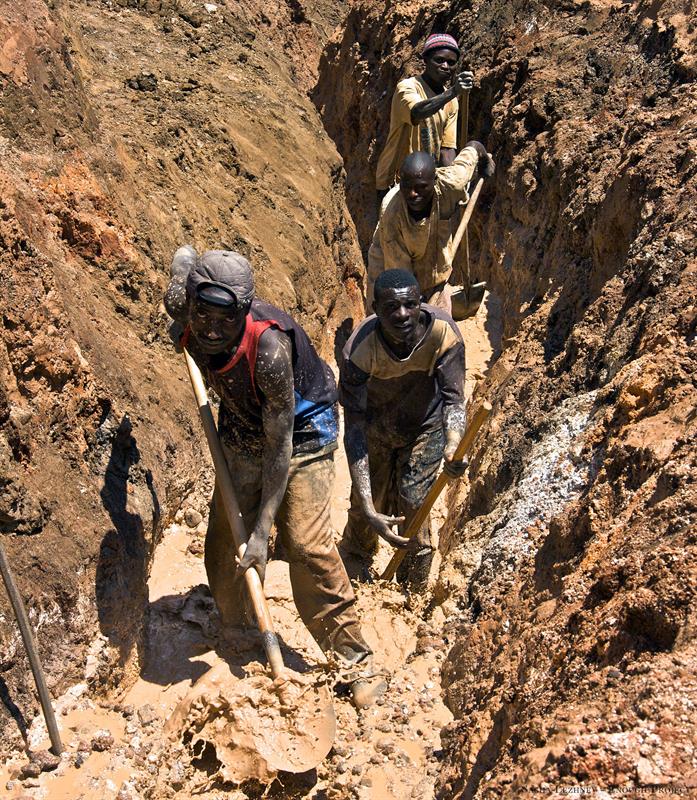 “Efforts can and must be built upon in order to address remaining gaps, including livelihood support to Congolese mining communities and a greater focus on conflict gold, which has lagged behind the other three minerals,” said Callaway.

A number of organisations – including the Electronic Industry Citizenship Coalition, the Public Private Alliance for Responsible Minerals Trade and the Solutions for Hope programme – have been set up by and in coalition with electronics companies to drive better standards.

European companies, however, are still waiting for EU legislation, which is due to be adopted formally by the Council and the European Parliament in March or April this year.

“The EU is undertaking a similar process of developing reporting requirements in relation to conflict minerals, but with a slightly different approach,” Callaway explained. “First, it expanded the geographic scope to include 3TG sourced worldwide – not just from Congo or its surrounding countries, as with the US law.

“But, whereas Section 1502 requires all publicly listed companies in the US to report, the EU legislation only applies to importers of the four conflict minerals, meaning end-users and many others in the supply chain are left unregulated,” she added.

According to Renishaw’s compliance project manager Michael Gambie, this is a good thing.

“US legislation gives very little flexibility. At the beginning, you were allowed to say ‘I don’t know yet’; now you have to supply the information, which is totally unacceptable,” he argued. “Due to the complexity of the supply chains, smaller outfits don’t have the resources to supply that information, which means larger companies have to take on that responsibility and undertake this due diligence to satisfy their requirements. So it builds the workload.”

He does, however, agree that the source of most enquiries would have been prompted by US legislation.

“There was quite a lot of activity increase as we got closer to the reporting date,” remarked Peter Satchwell, director of product compliance at Renishaw.

It is important to note the legislation does not require companies to not use conflict-free minerals – only report on their mineral sourcing and due diligence practices. 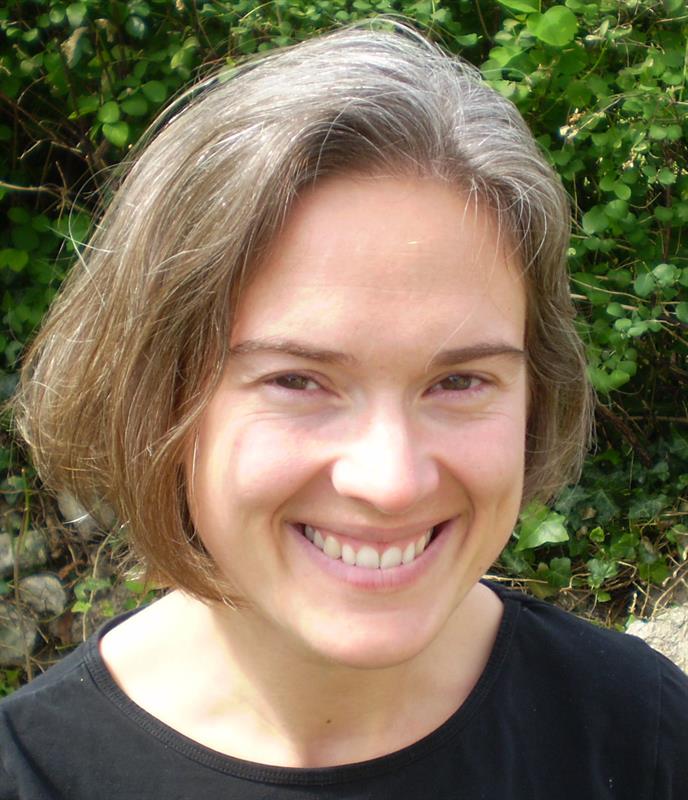 “The whole thing started off for everybody involved hard work and a bit shaky but as people get used to it, processes are being established,” said Renishaw’s group CSR and product compliance manager Ben Goodare.

So what tools can companies use to help them with their due diligence?

Renishaw recommends using the EEIC conflict mineral recording template (CMRT). “There’s some training material on there, which gives you all the information you need to start off with,” Gambie explained.

He also recommends the OECD framework, a guidance document designed to help businesses put in place due diligence practises to ensure they are not contributing to human rights abuses.

According to Barr (pictured right), the OECD framework is the only one currently recognised by US legislation.

The EU is also planning to publish non-binding guidelines for large companies and to create an online database for downstream companies to report on their practices – both of which should appear this year.

When discussing Renishaw’s practices, Gambie commented: “The implementation is quite simple: send the template, or questionnaire, to the supply chain, assess the responses for accuracy and identify the high risk suppliers. If necessary, we will do an audit. And then repeat that every six months.”

According to Goodare, it doesn’t need expensive software. Renishaw uses emails and phone calls, as well as Excel to collate the information.

If a business did need extra help, however, The Compliance Map offers solutions to companies who want to manage environmental and social compliance.

The system stores, collects and uploads data automatically, contacting the suppliers with the CMRT, following up when necessary and checking the responses for inaccuracies. Discrepancies are flagged for users to verify. 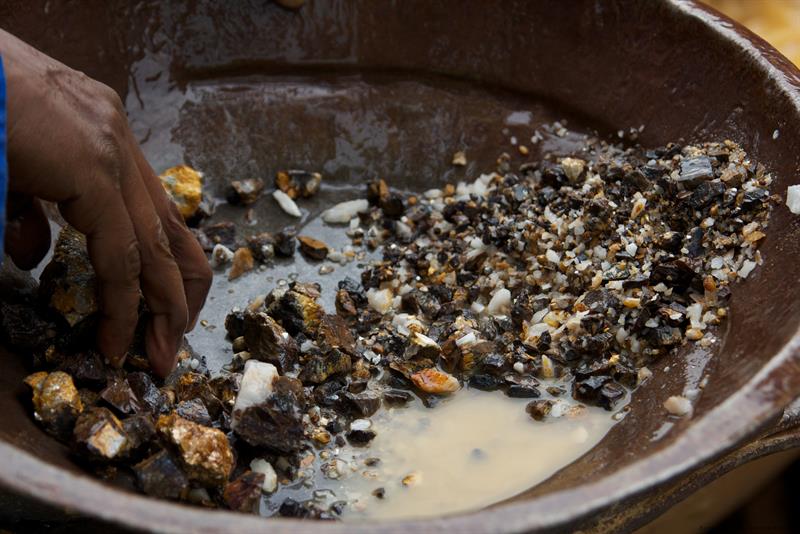 “No two companies deal with compliance in the same way,” explained Anthony Delengaigne, implementation director at The Compliance Map, “so we work closely with our customers to adapt the software to their needs.

“The solution is built entirely on web services and can be hosted either on a cloud platform or on the company’s system. All relevant company information, such as supply, product and BOM lists, is mirrored within the system and updated automatically, as are template changes.”

Tin ore, a source of one of the four conflict minerals

Asked about the possible benefits of due diligence for companies, Delengaigne said it reduced risk and enhanced the company’s reputation in the eyes of its customers, investors, employees and the public.

“It could also enable companies to win contracts with governments and organisations seeking ethical supply chains,” he added.

Satchwell agreed. “Those of us dealing with the US have a starting point in relation to the EU legislation, which gives us more leverage to influence how things are done.”

Satchwell advises design engineers not to re-invent the wheel.

“If a product is to be used in house to make a finished product, then you don’t need to report it; ask your suppliers how they do it; and remember, it’s a long term, never ending journey – but we should know what’s going into our product, so it’s necessary.”

Gold supply chain to be re-evaluated