Designers of portable electronics products are familiar with the related challenges of space and weight reduction. It seems there is no limit to consumers’ desire for their devices to be thinner, lighter and sleeker. And in a product such as an earbud (or in-ear speaker), the form factor is absolutely constrained – in this case, by the size of the human ear.

In electronics, the constant reduction in a circuit’s size predicted by Moore’s Law has helped designers over time to do more in less space. But in the domain of energy storage, chemistry, not electronics, determines the pace of size reduction, and unfortunately chemistry has no equivalent of Moore’s Law driving year-on-year reductions in the size of battery cells.

Nevertheless, innovation in battery technology still provides answers to OEMs’ demand for more energy in less volume. This article describes how improvements to a new type of coin cell are helping some of the industry’s tiniest electronics devices to achieve longer run-times between charges than ever before possible.

Countering the drawbacks of lithium technology

But in the past, OEMs faced extreme difficulties in scaling down lithium-ion batteries for use in devices much smaller than a mobile phone: a wireless headset using Bluetooth radio technology is a good illustration of the problem.

In previous years, wireless headsets would use a custom lithium-ion battery assembly in which the cell was enclosed in aluminium foil to form a pouch, to which flying leads would be attached for the connection to the host device (see Fig. 1).

This complex assembly was relatively bulky. Worse, pouch-style batteries are difficult to handle on the production line: they require manual assembly, and hence are inherently prone to inconsistent quality and to damage. In addition, the pouch style of enclosure is not rugged, and is prone to premature failure when subjected to shock and vibration. This is undesirable in headphones or earphones, for instance, which might be frequently dropped by the user, or used during vigorous sport or fitness activities.

Lastly, a custom part, unique to one customer, carries a higher supply-chain risk for the customer than a standard part, which is produced and stocked in high volume for multiple customers.

These drawbacks led VARTA Microbattery to develop an alternative to the pouch-style battery for tiny devices such as wireless headsets. This was the VARTA CoinPower product: the industry’s first rechargeable lithium-ion battery in a coin cell form factor to offer the energy capacity required by small wireless consumer devices. The first generation of these coin cells was available in 12mm and 16mm diameter versions and provided an average 3.7V output.

Behind the introduction of the CoinPower cells lay unique technologies patented by VARTA Microbattery which enable the highly automated production of coin cells with coiled electrodes. This method for coiling electrodes makes far better use of the cylindrical space inside the case. In addition, VARTA Microbattery developed a unique, patented design for closing the case. Together, these technologies provide a higher energy density than previous li-ion coin cells with conventional stacked or layered electrodes. Automated production at VARTA Microbattery’s factory in Germany is highly repeatable and ensures each manufactured unit operates reliably in accordance with its specification. VARTA plans to expand its production capacity in Germany to meet the increased demand which is forecast for the CoinPower product.

The higher capacity of the CoinPower product has provided a crucial advantage to manufacturers of Bluetooth wireless headsets. In the headset market, the various brands battle to offer the longest talk time on a single charge. This talk time is strongly affected by the total energy capacity of the device’s battery, as well as by the power losses sustained by the device’s circuitry.

•easy assembly into end equipment, with almost no risk of damage because of its strong and rigid stainless steel case, and a high level of precision in the mechanical design of the battery assembly

•high tolerance of shock and vibration, again because of the cell’s strong steel case

While the CoinPower battery’s electrode design plays a crucial part in producing a cell with a high energy density, it is important to note that the supporting electronic circuit is also small. A CoinPower cell requires only a standard circuit protection device, available at very low cost from suppliers such as Seiko and Mitsumi, plus two passive components. Any of a wide range of standard battery charger ICs can be used to control the cell’s charging process. The footprint of this circuitry is considerably smaller than the complex PCB generally implemented in custom battery packs. What is more, the supporting circuitry does not have to be placed close to the battery, giving system designers total freedom to optimise their board layout and mechanical design.

And since the CoinPower battery is itself a standard part, and the supporting circuitry can easily be implemented using standard components, device manufacturers can avoid the design and production cost and risk associated with the use of custom engineered battery packs, while satisfying their requirement for high energy capacity in a small footprint.

There was one other important reason for the popularity of the first-generation CoinPower product: safety. Lithium-ion batteries work completely safely within their rated voltage and current limits, but over-current or over-temperature conditions can cause thermal runaway, leading the device ultimately to explode or catch fire.

For this reason, a lithium-ion battery requires safety and protection circuitry which will electrically disconnect the cell when it exceeds safety thresholds.

The advantage of the VARTA CoinPower cell, however, is that it offers an integrated protection mechanism, independent of any external circuitry, which shuts the cell down before it enters an unsafe over-current condition. This provides an extra level of protection which guarantees the safety of the user.

This Current Interruption Device (CID) is a mechanical fuse: when the pressure inside the cell rises above a certain level – as happens when the cell is charged at an excessive current or voltage – the upper and lower casings come apart by a small, controlled amount sufficient to break the circuit and permanently disconnect the battery. CoinPower cells are actually rated to withstand extreme 12V/3C over-charging conditions, which put a far greater stress on the cell than industry standards specify.

The li-ion coin cell, then, has become the preferred battery choice for manufacturers of extremely space-constrained, portable devices which require a high energy capacity of 50mAh or more. It has found uses not only in consumer devices but also in medical and industrial equipment, in which robustness, high capacity and long cycle life are important.

Table 1: Specifications of the CoinPower cells from VARTA Microbattery

Now the advantages of the original CoinPower product have been extended with the introduction of the ‘A2’ and ‘A3’ series of cells (see Fig. 2). Improvements to the chemistry and production techniques of CoinPower cells have increased their capacity, as well as extending their cycle life (see Table 1). The dimensions and energy capacity of these cells provide the best fit for the size and shape of the human ear, and for the requirements of manufacturers of earphones and ‘true wireless’ technology.

Fig. 2: the CoinPower series of cells from VARTA Microbattery

Standard cycle life ratings for rechargeable batteries measure the fully charged capacity of the cell, as a percentage of its capacity when new, after 500 charge/discharge cycles at an operating temperature of 20°C. The formal specifications supplied by VARTA Microbattery show that, when stressed by executing 500 fast charge/fast discharge (1C/1C) cycles in the laboratory, the CoinPower A2 cells still retain more than 80% of their original capacity. Under gentler operating conditions (0.2C/0.2C), this value for remaining capacity rises to more than 85% after 500 cycles. In real-world applications, users are able to achieve outstanding cycle-life performance: customers typically report that the cells last for more than 1000 cycles when mounted in an end product.

Consumer device manufacturers’ demand for higher capacity in a small space is not easing up. The latest new device type which is stretching the limits of cell capacity is the so called ‘true wireless’ headset: twin wireless ear buds with no cable connecting the buds to each other or to their wireless host device. An early example of this product is The Dash from BRAGI (see Fig. 3). 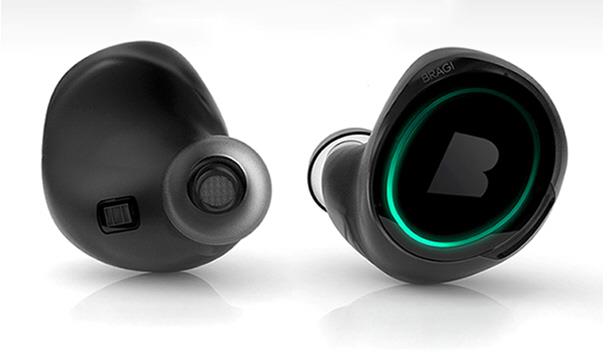 Fig. 3: The Dash from BRAGI, a fully wireless pair of earphones

In this product, there are two radios – one for each earbud – rather than the single radio in a conventional wireless headset. This means that there is a higher total power drain in the true wireless version, which requires a battery in each ear bud.

To meet this and other new requirements, VARTA Microbattery is developing a third generation of its CoinPower product, to be launched in the second half of 2016, which will provide still higher capacity and energy density – an additional 20% - thanks to new improvements in the battery chemistry, electrode design and production techniques. This new product will also be available in a 14mm diameter cell, adding to the 12mm and 16mm diameter versions on the market today.

Through this and other developments, the requirement for robust, easy-to-assemble batteries with a high capacity in the coin cell form factor will continue to be met. The CoinPower cell, which has won several global design and product awards, will ensure that consumers and other equipment users can enjoy long run-times between charges and long cycle life while enjoying the benefit of precise, highly automated cell production in Germany.

Sodium is the new lithium

How can wearables designers navigate the compliance minefield?