With the Google car and similar initiatives, almost all the focus in transportation is on self-driving cars. Trucks, however, could also benefit from extra automation and connectivity to enable preventive maintenance, improve safety, efficiency and cost. Might we therefore one day soon see trucks on our roads with no driver in the front seat?

“Not for at least 10 years; I don’t think the public would accept it,” argued Jörg Rüger, president of commercial vehicle and off-road at Bosch Mobility. “If we’re talking autonomous driving for trucks, we’re talking about motorways, not inter-urban traffic. For that, it’s not realistic from today’s point of view because when the truck leaves the motorway, it would need someone to take over.”

This is because the current level of technology doesn’t provide for this degree of autonomy – yet.

While Europe is in the driver’s seat when it comes to standards for increasing road safety, legislation is lagging behind the level of sophisticated solutions being developed – solutions which could lead to fully autonomous trucks.

Legislation is currently being written for stop and go control systems and turn assist systems, which Rüger believes will appear in the next couple of years.

“WABCO has developed its own urban turning assist collision avoidance system,” said Dr Thomas Dieckmann, leader of advanced development at WABCO. “OnCity is a single-sensor solution and the first to use LiDAR (light imaging, detection and ranging) technology.” LiDAR measures distances by illuminating a target with a pulsed laser light and measuring the reflected pulses.

“The system alerts the driver visually and acoustically to a potential collision, both right before and during a turning manoeuvre,” Dr Dieckmann added. “In the future, it will be able to apply the brake autonomously to prevent collisions, should the driver fail to take corrective action.”

The next level up in terms of automation – though only currently envisioned on motorways – is platoons: convoys of trucks linked and controlled electronically through short range vehicle-to-vehicle communications.

Led by the front vehicle, this communication, coupled with technologies such as forward collision avoidance systems, enables the trucks to accelerate or brake simultaneously and to follow each other more closely.

Potential benefits include: better fuel economy due to reduced air resistance; reduced congestion; fewer collisions; and less pressure for drivers, who could, instead of driving, plan routes, process shipping documents or simply take a break.

Several trial platoon runs have been conducted in Europe – including the European Truck Platooning Challenge – but legislation is still wanting. 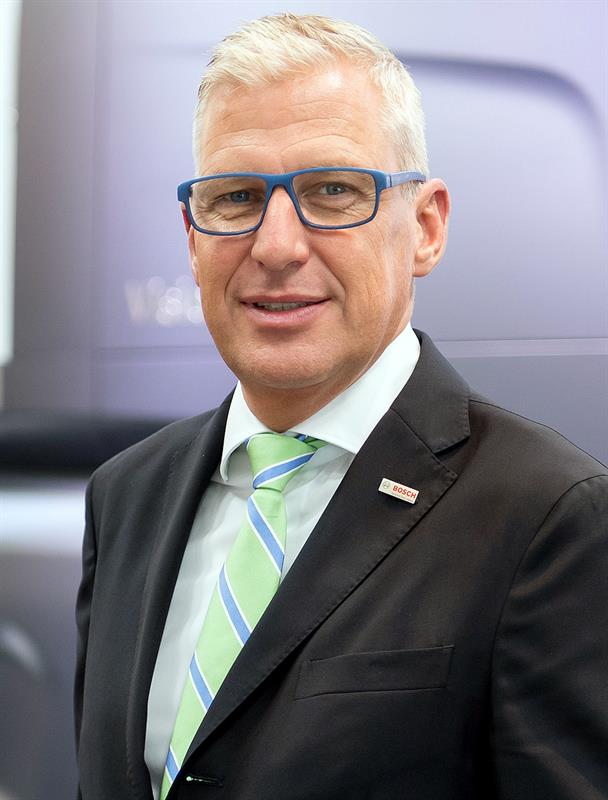 “Platooning needs legislation to allow trucks to drive at a distance of eight to 10m, much closer together than it is currently legal,” Rüger explained, pictured left, “and to allow drivers to be on standby.

“There will eventually be mixed platoons and that needs a standardised protocol. The expectation is to see these platoons on the road between 2023 and 2025.”

Not everyone is keen on the idea however. The Road Haulage Association believes platooning is not feasible.

“Causing queues for vehicles trying to join and leave the motorway will simply create even more congestion,” cautioned Rod McKenzie. “Of course, the auto-pilot facility has the ability to remove human error and mistake – but what happens if the engine goes wrong?”

As drivers won’t be concentrating on the road, they might not be able to react as quickly when there’s a system failure, for example. Another downside is that systems could potentially be hacked.

While the practicality of platoons is open to debate, commercial vehicles are already benefitting from increased connectivity and automation.

“Commercial vehicles can already upload data into the cloud and download automated software updates,” said Rüger. “Infotainment is becoming more connected with smartphone integration, voice control and a Bluetooth hands-free system. Navigation systems are being used to optimise engine use and fuel consumption by providing the driver with road and environment mapping information in advance.”

Real-time information about road conditions – such as the presence of black ice – can be shared between trucks via data collected by the sensors, then processed and stored in the cloud and retransmitted.

Legislation for advanced emergency braking systems (AEBS) and lane departure warning (LDW) has been in place since 2015.

Commercial vehicle technology supplier WABCO offers an LDW system called OnLane, which detects road markings and vehicle position, and warn the driver of imminent lane departure via visual, audible and haptic signals. The camera-based solution can distinguish between a deliberate lane change and an unintentional drift by identifying the driver’s turn signal usage. 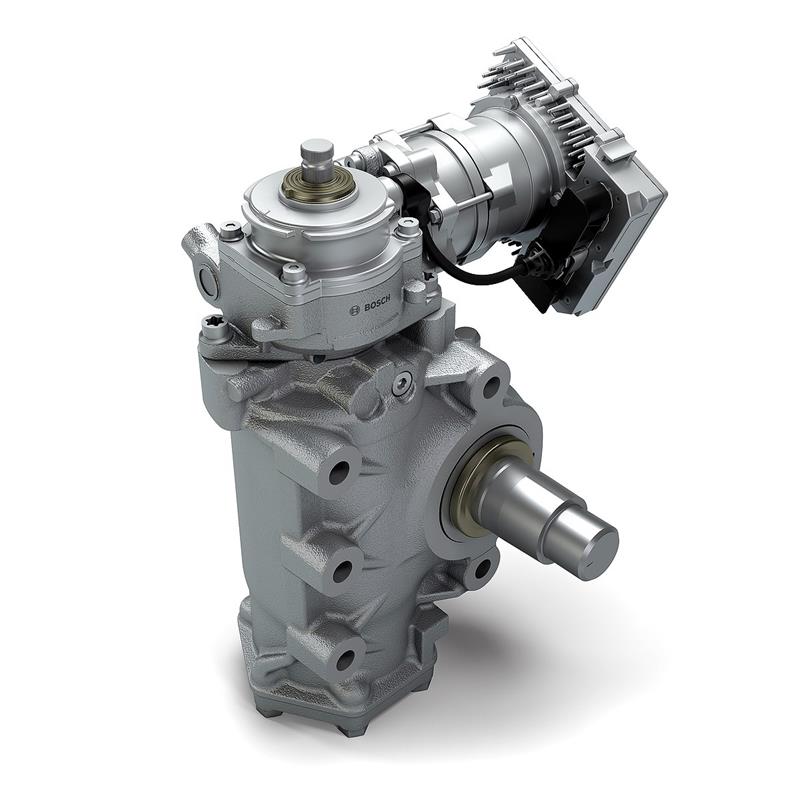 Lane keeping support takes LDW one step further by not only warning the driver but also, if no action is taken, by taking steps to ensure the vehicle stays in its lane.

The electrical control unit processes data from multiple sensors and controls the motor at 2000Hz to work out the truck’s direction and the driver’s intentions. A principle called ‘torque overlay’ corrects unintentional steering movements to keep the truck dead on course.

Some trucks are already ‘smart’, benefitting from advancements in automation and connectivity, and companies are more than eager to take these capabilities to a higher level.

But there is a long path to full autonomy and, as Ruger says: “A 40tonne autonomous truck frightens people.”

Autonomous commercial vehicles therefore will not appear tomorrow. “Development will be steady,” Dr Dieckmann concluded. “We will see an increase in partial automation, then further developments in the areas of manoeuvring and highway driving.”

Innovation and integration in the oscilloscope world

Products In Focus
Internet of Things