In the last 30 years or so, the rate at which data can be sent down core fibre has increased by an amazing 10million times. And the UK has a long and enviable track record in this remarkable progress, with research groups and companies continuing to influence and drive the industry.

One company leading the charge is BT, whose head of optical research, Dr Andrew Lord, said there is much more to come, adding that should quieten critics who suggest the industry is facing a ‘capacity crunch’ as demand for IP traffic grows exponentially.

“In any case, that is such an emotive term; it is much more subtle than that. What we and the equipment suppliers need to ensure – and the industry will achieve through a host of promising and, in many cases, collaborative innovations – is increasing capacity in a space, power and cost efficient way,” Dr Lord told New Electronics.

Dr Lord is in an ideal position to influence some of the exciting developments under way, having served as technical chairman of the prestigious Optical Fibre Communications Conference in 2015 and will serve as general chairman for this year’s event.

In what could be described as the first wavelength division multiplexing (WDM) era, a mixture of quadrature coding and coherent detection – coupled with the ability to transmit using two different polarisations of light; one a QSPK modulation format, the other a DSP – was the norm. This began at about the turn of the century, and lasted perhaps until a couple of years ago.

With the latest transmitter and receiver systems, operators can transmit data at 100Gbit/s over long distance using a single optical channel in their core network. But that fibre was designed to carry only 10Gbit/s.

Because a typical fibre can accommodate perhaps 100 channels, the total capacity of the fibre can approach 10Tbit/s.

In the next phase, the aim is to increase data rates to 200Gbit/s and then 400Gbit/s using a combination of higher order QAM quadrature amplitude modulation (QAM) and multiple carriers. BT is already trialling 200Gbit/s wavelength links deploying polarisation multiplexing 16QAM (PM-16QAM).

For the longer term, Dr Lord suggests the industry has a whole array of tools ‘to take us to the next level and thus meet the demands of increasingly information hungry businesses and entertainment hungry consumers’.

When it comes to scaling optical channels towards Tbit/s rates and higher capacities – in what some describe as the second coherent era – researchers like to talk about three degrees of freedom. The first relates to increasing the baud (or symbol) rate of individual wavelengths; the second focuses on the deployment of higher order modulation formats; and the third is the move to so-called super-channels.

In addition to this three-pronged approach, the industry will need to consider the extension of the optical spectrum beyond the standard C-band (1530 to 1565nm) to, for, example, combined C- and L-band (1565 to 1625nm) amplification.

Ultimately, more work will be necessary to devise novel fibre structures optimised to support higher speed transmission, such as fibres with lower loss and larger cores.

Each of these has its trade-offs, Dr Lord cautions. For example, while higher order modulation increases capacity and spectral efficiency, there can also be significant loss in performance over longer distances. But for a geographically small country like the UK, 16QAM rates can suffice.

For longer-haul fibre networks, engineers have devised a promising method to squeeze channels closer together in a such a way that signals can be encoded, but not interfere with each other. This relates to the third degree of freedom and is necessary because existing dense wavelength division multiplexing (DWDM) systems rely on fixed grid filters to allocate the available spectral bandwidth, typically 50GHz segments.

These fixed chunks of spectrum are extremely limiting in terms of supporting higher speed channel bandwidths, as well as restricting how closely optical channels can be spaced and thus limiting the number of optical channels a single fibre can carry.

With the new flexible grid designs, an optical channel is no longer thought of as a single wavelength, but more like a single capacity entity comprising multiple sub-channels – commonly referred to as a super-channel – that can be configured and managed across the entire network. 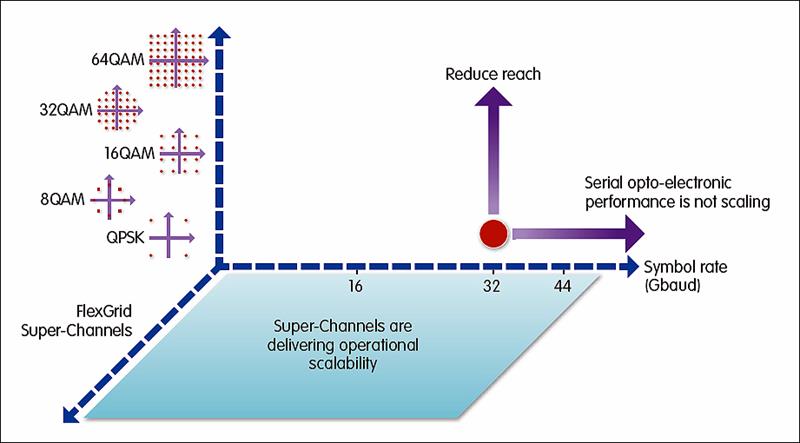 Figure 1: According to some industry experts, so called super channels could boost network capacity by 30%

Last year, BT carried out a successful flexi-grid field trial, achieving up to 3Tbit/s over an existing G.652 grade single mode fibre and DWDM system. The trial, carried out over a 360km link between BT’s Adastral Park Research centre near Ipswich and the BT Tower in central London, used 15 200G 16-QAM carriers.

BT says spectral efficiency was improved by up to 49% compared to a conventional 50GHz grid, with minimal optical penalty losses from channel spacings of 35GHz. A follow up trial on a live 183km DWDM link between Belfast and Dublin – using two 200Gbits/s 16QAM and multiple reconfigurable add-drop multiplexer (ROADM) nodes – also indicated the spectral efficiency of the super-channel system.

Several equipment suppliers are developing linecards to implement super-channel capabilities, the most prominent being Huawei, Nokia (via its Alcatel-Lucent acquisition), Cisco and Infinera.

All plan to implement the approach using individual optical components, except for Infinera, which will deploy its ‘hot spot’ photonic integrated circuit (PIC) technology to generate each laser signal. “We have put in enormous resources to develop and use this breakthrough technology, which is capable of making systems that can be likened to a whole WDM system on a chip,” Geoff Bennett, Infinera’s director of solutions and technology told New Electronics.

“PICs deliver maximum productivity and operational scalability because they allow us to maximise the capacity per line card (or network appliance). This is not possible with a single wavelength transponder because the serial electronics stop you getting more capacity per line-card,” he added.

Likely candidates for further capacity improvements in the long term include advances in transponders and spatial division multiplexing (SDM), a way of creating multiple parallel paths in a fibre core along which separate light signals can travel. The aim is to split the transmitted data into different physical paths.

The former refers to the development of a new class of transponders which could act as banks of resource units – dubbed S-BVTs, or sliceable bit rate variable transponders. Individual units may include multiple modulators, that will ultimately be ‘sliced’ by the network by components such as flexgrid-enabled ROADMs – and then pushed towards different destinations (see box).

Operators will be able to plug in additional transponder resources when and where required, allowing the node to automatically and dynamically provision them as needed.

The more contentious SDM proposal promises to boost capacity by a factor of between 10 and 100 – the latter achieved only when multi-core or multi-mode fibre is included in the bundle, in addition to existing single-mode fibre. Clearly, this has huge cost implications for operators and increases complexity, since connecting the ends of the more advanced fibres will be more difficult.

Infinera’s Bennett suggests it may just be simpler to ‘light up’ another fibre. And BT’s Lord stressed SDM is for the ‘very long term’, adding that BT is not currently working on SDM. “We are more focused on improvements to the fibre we already have in the networks,” he said.

So the core network challenges are bringing together highly flexible bit rate variable and a more flexible way of using the optical spectral resources. Aligned to these challenges, the industry must find the best methods to organise dynamically a network that is rapidly progressing from having almost no flexibility to one with multiple dynamically adjustable degrees of freedom.

Fibre optic networks can provide the platform for security and monitoring