Coal from South Wales drove the last industrial revolution, could the compound semiconductor cluster now being developed in the region be set to deliver the next one?

Back in 1982 a semiconductor fabrication facility was built and opened near Newport in South Wales. The 8,900m2 single story building was originally a microprocessor facility for Inmos, but it soon changed hands passing from Thorn EMI then to STMicroelectronics, who used it to produce SRAM and other products.

International Rectifier then acquired the site in 2005 and used it as a R&D and manufacturing centre until Infineon bought the company, and the facility, in 2015.

The original development had promised thousands of new highly skilled jobs and placements for apprentices but over the years failed to deliver. Today, however, the site is home to Newport Wafer Fab and this facility is at the heart of what is being described by local politicians, academics and businessmen as the world’s first compound semiconductor cluster, or CS Connected.

CS Connected can be described as an umbrella organisation that represents organisations that are associated with research and development, innovation and manufacturing of compound semiconductor related technologies as well as those companies involved in the extended supply chain. 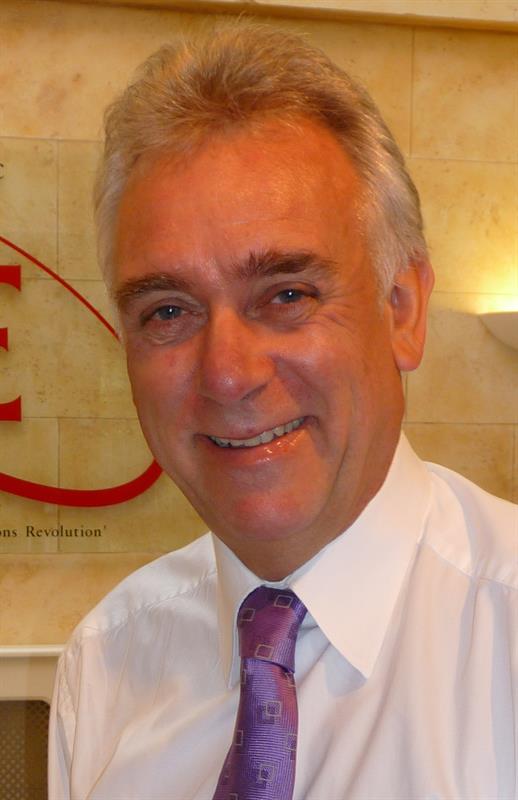 Almost a year since the decision to support this initiative was agreed Dr Drew Nelson, CEO of IQE, an established leader in the development and manufacture of advanced semiconductor wafer products, believes that the efforts of business, policy makers and academics are bearing fruit and helping to turn this part of South Wales into a world leader in the development and application of compound semiconductors.

“IQE has been at the forefront of this industry for a quarter of a century,” says Nelson. ”The wafer products we produce are used by companies around the world to produce the chips they need to support a wide range of high tech applications including wireless, photonics, infrared, power and solar.”

Speaking at an event organised and held earlier this year in central London to talk about developments in the compound semiconductor space in South Wales, Nelson said that compound semiconductors were, “Helping to define new technologies and that Wales was well positioned to play a leading role in this high tech industry sector.

“The UK and Wales, in particular, already have a wealth of industrial and academic expertise in advanced semiconductor technologies that encompasses companies like IQE, SPTS and Newport Wafer Fab. But we also have a strong research and development ecosystem. CS Connected is about bringing them closer together.

Those who see compound semiconductors as crucial in enabling and supporting future generation technologies, believe that this rapidly emerging cluster in South Wales could place the region at the forefront of the next industrial revolution. As a consequence CS Connected, which has been driven in part by IQE and Cardiff University, has not only the backing of both the Welsh Government and the UK Government through Innovate UK but also includes a growing number of businesses such as SPTS and Microsemi.

The region is aiming to become Europe’s first major cluster for firms developing compound semiconductors and is looking to attract private investment of almost £400million, in turn creating 2000 skilled jobs in the process.

So just what are compound semiconductors? Well, they are crucial to many of the devices that we take for granted today but which are having a profound impact on the way in which people live.

Whether in smartphones or in satellites, compound semiconductors are set to play an increasingly important role especially in the kind of technologies that are set to dominate the landscape in coming years, whether that’s robotics, electric vehicles, wearable technology or the infrastructure to support 5G cellular networks.

Compound semiconductors will have a crucial role to play because not only can they process things faster than silicon, but they are more versatile and sensitive.

Working exactly like silicon chips, they are able to offer much higher levels of performance – being up to 100 times faster - hence their importance when it comes to high speed communications.

They also offer much better power efficiency and a wide range of optical properties for emitting and receiving light.

They can certainly be described as a revolutionising technology.

Atomically engineered materials are at the heart of compound semiconductors. They can include a variety of elements such as gallium, indium, arsenic, phosphorus, nitrogen and silicon. By combining these elements it is possible to form compounds that are better able to meet the performance requirements of future technologies, which silicon, on its own, is unable too.

“The market for compound semiconductors is worth an estimated £66billion, and the UK has a market share of roughly around 9 per cent,” according to Dr Andy Sellars, Chief Business Development Officer at the Compound Semiconductor Applications Catatpult (CSA Catapult).

“With the demand for advanced power, photonics and RF devices set to accelerate analysts expect the global market to reach $140billion by 2023. This strong performance will be supported as the use of compound semiconductors is expanded into a new markets.”

According to Alistair McGibbon, Business Development Manager, at the CSA Catapult, “We want to accelerate the introduction of compound semiconductor technology into advanced systems and ensure that the UK plays a central part in the developing global supply chain.”

“Our role at the CSA Catapult is to provide a bridge between companies developing novel semiconductor materials, topologies and devices with those companies that are looking to develop applications and, where necessary, with those organisations looking to provide the finance.”

According to Dr Sellars the UK has a “Rich base of research on which to build applications. Around £750million has been invested over the past decade by ESPRC and Innovate UK in compound semiconductor technologies.”

The UK also has a good mix of SMEs and Tier One companies working in this space. “We are currently engaging with many of them and I would expect to see that accelerate going forward,” McGibbon suggests.

The Catapult, part of the UK’s nationwide network of technology innovation centres, and the first to be based in Wales, forms an essential pillar of the CS Connected cluster now being developed in South Wales.

“The Catapult network was set up by Innovate UK to drive economic growth,” explains McGibbon, “and we are well positioned to exploit the UK’s recognised leadership in advanced electronics, science and innovation.”

The cluster in South Wales received a further boost when Infineon Technologies signed a definitive agreement with Neptune 6, the owners of the Newport Wafer Fab, under which the latter acquired the old International Rectifier (IR) site in Newport in the autumn of last year.

According to Sam Evans, Director of Quality & External Affairs, Newport Wafer Fab, “We want to be able to create a campus feel across the cluster, akin to that seen in the Fraunhofers in Germany, or imec in Leuven, Belgium. There academia and industry come together and collaborate.

"There are plenty of skilled workers at the Newport and we have plenty of reliable and very experienced people to call on. That means it is well placed to contribute to the rapidly emerging cluster of companies in this part of Wales.

"The fab is well equipped and will be highly complementary to the existing semiconductor expertise in the region. If we had to have developed a Greenfield facility here, then the costs associated with that would have been eye-watering and probably prohibitive.” Evans continues, “Newport Wafer Fab’s role in the cluster is to provide volume manufacturing services for companies that have created solutions using compound semiconductors.”

While South Wales is aiming to become a European cluster for firms developing compound semiconductors, there are currently four other recognised semiconductor clusters in Europe.

One is at Leuven in Belgium, another in Eindhoven in the Netherlands and the others are in Dresden and Genoble.

“This, however, will be the first to specialise in compound semiconductors,” says Evans. “It is a world first.”

“Those regions in Europe are home to upwards of 800 high tech firms,” says Chris Meadows, Head of Open Innovation at IQE, “and together with academic institutions employ well over 150,000 highly skilled workers. They are a magnet for attracting both funding and investment.

“Over time the cluster will attract further investment, support a growing number of businesses as well as a help to develop a dynamic and sophisticated supply chain.”

Creating new partnerships between businesses and universities is seen as crucial if the hub is to lead to the successful development and commercialisation of compound semiconductors. 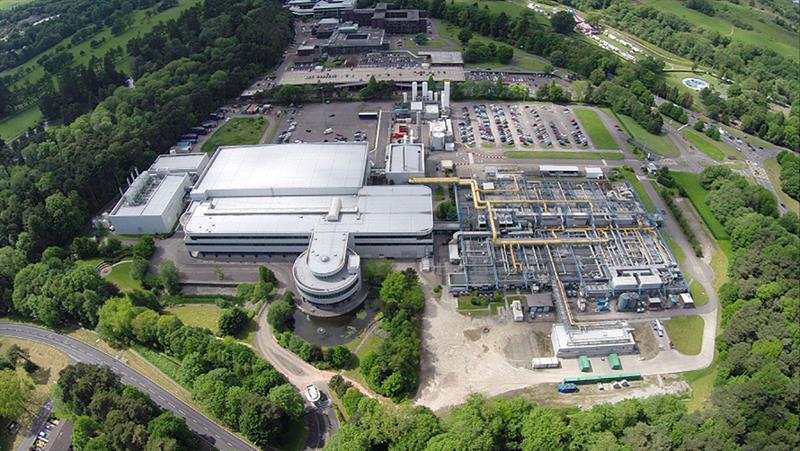 “While we have the core competencies in Wales part of our vision has to be the creation of a campus like area that will allow much greater collaboration to occur, that’s going to be important for the future success of the cluster,” says Dr Wyn Meredith, Director of the Compound Semiconductor Centre.

“One of our keys aims, as previously mentioned, is to create an extensive and dynamic supply chain. The growth opportunities are enormous and many companies and institutions are already seeing the opportunities when it comes to applying this technology,” Dr Meredith explains.

Set up in August 2015 as a joint venture between IQE and Cardiff University, the Compound Semiconductor Centre (CSC) looks to build on research conducted at Cardiff University’s Institute for Compound Semiconductors and to develop innovative new materials technologies to support applications. The Institute is part of a new £300million Innovation Campus at the university.

“The CSC was set up to provide that essential pillar to help span what is called the ‘valley of death’ that exists between industrial innovation and production,” explains Dr Meredith.

Shortly after its establishment, the UK Government announced that it would be investing £50million in the CSA Catapult. 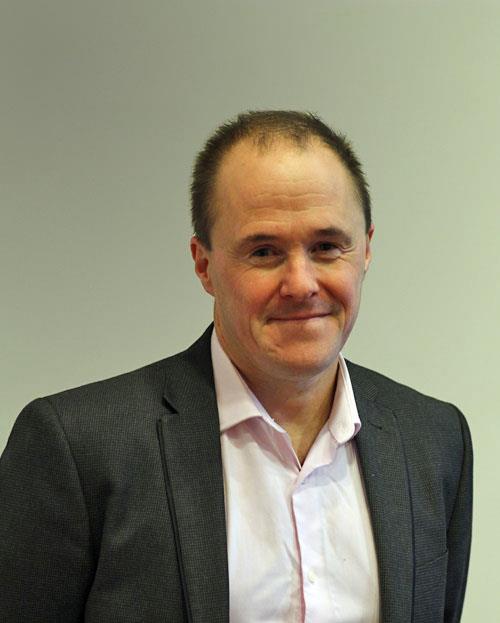 CSC is Europe’s first prototyping facility, and is intended to allow businesses and academics to take their ideas and demonstrate new technologies using compound semiconductor materials that will be production ready.

“When we established the centre it was seen as a really strong statement of intent,” said Dr Meredith. “It’s going to be about real projects, real innovation, growth and jobs in South Wales and we are already involved in a number of new projects.”

If this cluster works then it could not only lift the Welsh economy but the broader economy in general.

According to Dr Meredith, “The CSC gives Cardiff University a clear route to the commercialisation of the research carried out at the Institute for Compound Semiconductors, while for IQE it provide technologies that it can take and commercialise.”

Critics have often pointed to a lack of long-term vision in the UK but could the approach being taken by CS Connected provide a blueprint for the development of hot technology spots elsewhere in the UK?

A century ago Welsh coal helped to power the industrial revolution, could we see that achievement being replicated but this time with compound semiconductors powering the next technological revolution?