What are the implications for the electronics industry from the on-going trade dispute between the US and China, and is it simply part of a much deeper strategic confrontation?

Even before he became US President, Donald Trump had been attacking China’s trading practices. So, the imposition of tariffs on Chinese products was well sign-posted.

Last year, the US imposed three rounds of tariffs on more than $250bn worth of Chinese goods and China responded by imposing tariffs ranging from 5% to 25% on $110bn of US products.

The U.S. Trade Representative report on which the new tariffs are based was entitled, “China’s acts, policies, and practices related to technology transfer, intellectual property, and innovation,” and was used to justify the use of Section 301 of the 1974 U.S. Trade Act, which allows the US President to take any actions he sees fit against “acts, policies or practices that are unreasonable or discriminatory and that burden or restrict U.S. Commerce.”

Further threats made earlier this year, which involved the US planning to tax an additional $300bn of Chinese goods, were put on hold at the G20 in Japan in June. Trump called them off and said he wanted to continue to negotiate with Beijing “for the time being”.

For analysts and experts this trade war, if that’s how it is to be defined, can be seen as a part of a much larger, strategic confrontation that’s taking place between these two economic powerhouses.

In turn, how has the effective banning of China’s Huawei from buying components from US companies by listing the company on the “Entity List”, played into this confrontation?

When it comes to electronics, fab tools and semiconductors, each sector is certainly complex and the impact of US tariffs has been significant.

Mike Russo, VP of global industry advocacy at SEMI has warned that the escalation in tariffs and the Department of Commerce’s action against Huawei are a cause for concern.

“Those actions disrupt the supply chain and run counter to all-important market access,” he said.

According to Bill Jewell, president of Semiconductor Intelligence, US imports of electronic equipment were down $2bn or 3.4% in Q1 this year, compared to 2018, while imports from China fell $3.7 billion, or 11%.

Interestingly, there have been winners. Vietnam is now the third largest source of US electronics imports, worth $4.4 billion in Q1 2019, up 95% from a year ago, and both it and Taiwan appear to have benefited from the trade dispute, with signs that a growing number of companies are looking to move production out of China. However, this can also be attributed to rising costs in China and a growing number of analysts believe that this is a trend that will only accelerate if the trade dispute continues.

The use of tariffs has added a cooling effect on the electronics industry. Trade tensions between South Korea and Japan, as well as the uncertainties around Brexit in the UK have added to this heady mix and with worries about the health of the world’s economy the electronics industry is confronting a challenging period, far removed from the more benign conditions of recent years.

Tariffs have raised the cost of component parts, materials and equipment which means that companies have to create duplicate or alternative supply chains, which not only increases costs but has generated a climate of uncertainty and confusion. None of which is helpful and has made customers more hesitant about placing orders or committing to future business.

But while the focus has been on the trade war, we are looking at a far deeper strategic confrontation between the US and China.

According to Woz Ahmed, EVP of Corporate Development & Strategy, Imagination Technologies, “We can see that the US and China are competing in some areas, although trying to cooperate in others. For China, technology, especially semiconductors, is the key to their industrial development and the action relating to ZTE and more recently to Huawei will certainly help spur China to increase its efforts to develop its own semiconductor industry. That is likely to result in it potentially sourcing critical technologies from outside the US.” 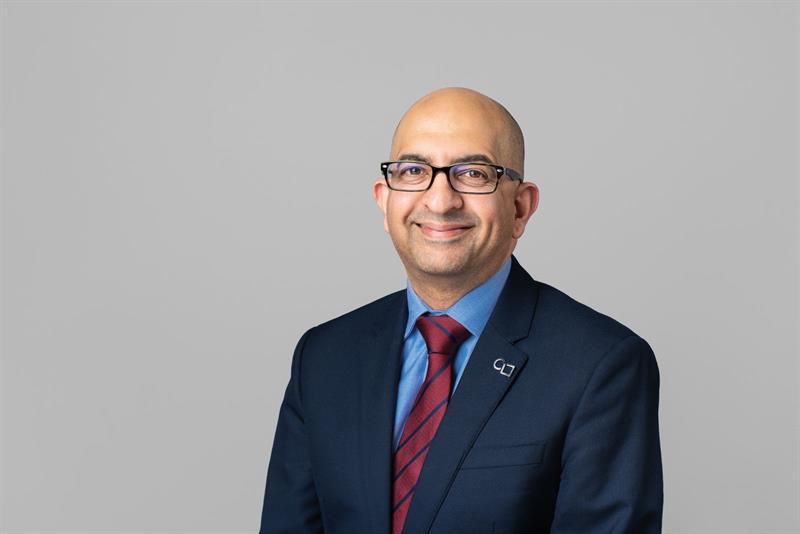 Ahmed suggests that this strategic rivalry means that even if a trade deal is cut, then there’s a good chance that neither will stick to it.
“You have doves and hawks in both administrations,” he suggests. “Trump doesn’t have a great record of sticking by signed agreements and both sides will look to use trade as a tool against one another.

“Regardless of whether Trump gets re-elected next year, or not, he has succeeded in weaponising trade.”

One of the big issues that helped to trigger the trade dispute was US claims that many Chinese companies, with the compliance or tacit help of the Chinese authorities, have stolen IP.

“IP theft has been going on for years and if you take a historic perspective then the US stole from the UK after the US War of Independence, and the West has had a history of stealing ideas from China – that’s not an excuse for Chinese actions, but a call for some perspective. How much of this is down to US companies getting into bed with Chinese companies without carrying out sufficient due diligence?

“The Chinese authorities have to be credited with working hard to address this problem. They’ve certainly looked to improve legal protections over the past 30 years. At the end of the day companies need to take responsibility and work with a partner they trust. If you have a partner with some ‘skin’ in the game, bringing their own IP, then they’re more likely to value your IP and why it needs protection.”

The clash between China and the US is, for many, about global innovation and who will lead in the new wave of technologies whether that’s electric vehicles or artificial intelligence.

While the Trump administration has focused on wages and jobs and the impact of the trade deficit with China, a much bigger concern is China’s challenge to America’s traditional position and its global dominance when it comes to innovation.

Companies like Apple, Facebook and Microsoft face competition from Chinese companies like Alibaba and Tencent.
Analysts point to the Chinese investment in artificial intelligence which is set to top $150bn by 2020.

“In the past faced by a similar competitive threat – look at the space race in the 1960s – the US responded with a collective, national effort. Today, the US appears to prefer to take its bat and ball and go home,” says Ahmed.

“Compare China and the US. The lens by which they view these issues are very different as are their values.

“I also think there has been a misreading of rhetoric on both sides. When the US was in direct competition with the old USSR, they better understood one another and there were better lines of communication.”

According to one reading of the US administration there are those, like Trump, who would be willing to cut a deal and to re-open talks if they help – these can be described as opportunists.

By contrast, there is a sizable cabal who see this confrontation with China as an opportunity to de-couple China from the Western technology eco-system and the financial markets that support it.

“If that was achieved, that would have a massive impact globally,” Ahmed argues.

“China imports most of its semiconductors from the likes of Japan and the US, so if that trade was to be curbed then it would be very tough on businesses based in those countries.”

China could respond by curbing the export of rare earth minerals and by selling US dollars.

“The global economy is totally interconnected and any move that precludes China will hurt everyone,” Ahmad warns.

“This confrontation is breeding uncertainty and too many companies are taking a ‘wait and see’ approach. That’s a mistake, I believe. It’s a short term approach to what is a long term issue.

“Any trade deal could be torn up and companies working with Chinese businesses could be added to the entity list at any time in the future.
“China’s role in the electronics supply chain can’t be understated,” Ahmed continues, “and their exclusion would hit component manufacturers, OEMs, EMS providers and distributors.”

The trade war has certainly caused a lot of non-value-added work for electronics companies. Distributors have had to identify components that are subject to tariffs and then pass that information on to their customers.

Companies like Qualcomm or Apple are having to examine their supply chains because they, like many others, have established close collaborative agreements with Chinese entities not only as a way to get closer to the Chinese authorities but to penetrate the market more deeply. If they were to move their supply chain out of China what message would that send to China – that must weigh heavily on the decision making process in these companies.

The idea of China being excluded from the West’s technological eco-system also raises the issue that if they could be excluded, then who could be next?

Russia and China already have their own Internet, so if we were to end up with different standards and protocols for different geographical regions then the cost of doing business could escalate. Would a company look to service all three, for example, or just one?

The impact of banning technology has been highlighted by the US decision to place Huawei on the ‘Entity List’.

According to Chris Howell, Co-Founder & CTO of end-to-end encryption messaging platform, Wickr, “I think when it comes to technology and 5G in particular, the big fear is that as more Chinese tech takes root there is a fear that the West will wake up and realise that everything we have come to rely on will be owned, indirectly, by the Chinese government. “From a security perspective that’s a supply chain issue and in truth defence agencies have been tuned into this for some time, the trade dispute and the issues around Huawei have simply brought the issue to a wider audience.”

Howell warns against blanket bans on technology, which appears to have been the approach the US have taken with regards to Huawei, especially as most modern technology falls under the “dual use” rubric i.e. its importance both to commerce and to security.

“Supply chain management will be critical in managing this. Hardware components can be found though out the supply chain and I think we, in the West, will need to take a collective or more unified approach.

“Companies will have to potentially choose products and technologies that are designed to cope with this new world; what can we trust and what strategies do we employ to ensure that our communications are secure?”

Wickr’s approach is to build security into its products so that consumers wont have to worry about the network they use, even if it is owned elsewhere.

“We are looking to take risk out of the equation. It will be up to the consumer/customer to choose a product that can deal with networks that could be compromised,” Howell argues. “Ours is a ‘zero-trust’ philosophy, which means you trust as few people in the chain as possible.”
While more expensive it circumvents the problems associated with moving or revising the supply chain.

“If Huawei is blocked from participating in the roll-out of 5G in the US, UK and across Europe, then there’s the prospect of a 12-18 month delay. By building security into your products, companies are compensating for issues that are beyond their control.”

The trade war between the US and China is bleeding into concerns about security – hence the dispute over Huawei – which in turn is part of a much wider confrontation about technological leadership between a rising power (China) and the incumbent (US).

Will this confrontation spiral out of control? Unlikely, but the potential damage to both economies and to the world’s is not insignificant.

A resetting of China-US relations?

Arm continues to trade with China

Splitting down the middle?