Modern technology relies heavily on accurate timing as its fundamental basis, so that items of electronics all have coordinated functions. This applies across a wide range of industry sectors and, without the ability to implement precise timing, the highly connected systems upon which we all depend will inevitably fail.

While reliable and accurate synchronisation technology ensures the long-term continued operation of electronic systems, the deployment of high accuracy timing systems can have major challenges.

One of the leading technical challenges is constant downward pressure on unit pricing. This is having serious consequences for some manufacturers, with several factories ceasing production of some oscillators and resonators due to falling demand and rising production costs.

For many years, the only source of standard ceramic packages for crystals and oscillators was Kyocera, so when two new companies entered the market, the industry was delighted. However, due to the persistence of cost-reduction programmes and downward pricing pressures, one manufacturer, NTK, has decided that it is no longer economically viable to produce the parts and is exiting the market. With rising manufacturing costs in China and exchange rate fluctuations, a rise in prices during the year is likely and more companies could leave the market.

Within this environment, counterfeit operations are flourishing and, in 2017, many companies will see traceability becoming ever more important, with more components being scrutinised in closer detail. Compliance accreditation systems, such as the JOSCAR system for the defence industry, will become part of customers’ requirements in supply agreements. These systems bring added costs to suppliers and so it should not be a surprise that either margins will be further eroded or prices increase.

Currently, traceability relies on product date codes, but these do not necessarily identify the production batch, only the last test date. Over-make product will be stored and retested and marked at the time of shipment, which may not identity the particular production batch. Furthermore, as parts get smaller, adding date codes becomes problematical, due to the lack of marking area. Because many parts are sold as branded product, it is not always easy for customers to establish exactly which factory produced the parts. It will be interesting to see how suppliers manage to resolve this potentially sensitive issue.

Increased legislation surrounding RoHS and REACH is adding further costs to the supply chain and the latest data indicates that this environmental legislation may have cost the electronics industry as much as $35billion, although estimates do vary. Thus far, the REACH list comprises 169 substances plus various annexes to the legislation and, with a review of current legislation due in 2017, there will no doubt be further requirements for compliance.

In recent years, the industry has moved away from TTL to CMOS oscillator outputs and the trend in 2017 will move towards techniques such as high speed current steering logic (HCSL) and current mode logic (CML). Processing increased amounts of data requires systems to run at much faster data transfer rates and this requires higher frequencies and faster transition times. 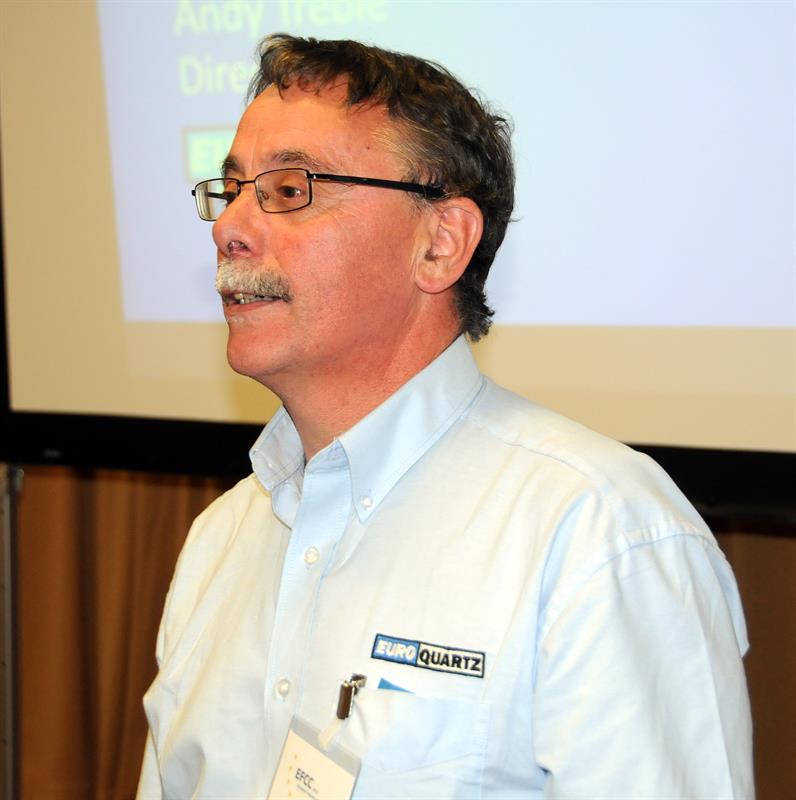 HCSL offers a constant current characteristic to deliver a less ‘noisy’ solution compared with static logic. This is a major benefit for mixed low voltage signal processing such as can be seen in applications such as optical communication and PCI systems.

While CML devices offer similar performance to LVPECL, they do not require external biasing. The downside is they require AC coupling as they are unable to provide sufficient current to bias other devices. The advantage is that CML offers lower output voltage swings compared to standard CMOS devices. This makes them suitable for low power applications and for data rates ranging from 321.5Mbit/s to 3.125Gbit/s and suitable for such things as serial data transceivers and frequency synthesisers.

Traditionally, the best way to improve these parameters was to use higher frequency fundamental crystals, but there is a limit to the frequencies that are available and the performance they can offer. Oscillator designers are somewhat limited by the semiconductors that are currently available, but they are working hard with the semiconductor houses to develop new products. This year, designers are likely to see an increase in the number of oscillators offering better performance, which should enable design of faster data transmission systems.

Another area of oscillator development that has developed over the last few years is high temperature operation. Whereas most oscillator manufacturers could offer product that would function at 150°C, the notion of 200°C was unthinkable. However, oscillators developed for downhole drilling applications are now capable of operating at up to 260°C and, in 2017, it is expected that the maximum operating temperature will increase further.

To achieve this type of performance, the problems lie not with the quartz crystal, but with the substrates, packaging and mounting systems that need to accommodate large coefficients of expansion. As the oil industry drills ever deeper, the temperatures of drill bits and associated electronics increase, which is a major driver in this area of design.

MEMS on the horizon
The companies producing MEMS devices went through difficult times in 2016. Discera branded products changed hands twice and are now owned by Microchip.

While these are now being promoted as programmed units, the problem remains that, unlike quartz products, there are only two manufacturers. However, they are becoming more widely available through distribution as a result of Microchip’s new marketing approach.

MEMS oscillators offer mechanical resilience advantages over quartz devices, but aging characteristics need to be taken into consideration. It is predicted by manufacturers that use of MEMS technology will grow in 2017, but the approach is unlikely to replace current quartz crystal technology in the near future. There is not as much long term performance data for MEMS product compared with that of quartz and this can only be gathered over time.

The longer-term outlook for oscillator design is more of the same, with increased functionality to reduce the circuitry required on PCBs.