Ethernet, developed at Xerox PARC in the early 1970s, made its commercial debut in 1980 and found early acceptance through its relatively low cost and ability to use twisted pair cables.

Originally finding application in what would now be called enterprise applications, the technology has become popular in telecommunications and in industrial networking. More recently, Ethernet is being looked at with great interest by the automotive sector.

While Ethernet provides a good way of getting data from one point to another, it doesn’t necessarily guarantee that data gets to another point at a particular time.

Keith Prettyjohns, CEO of networking specialist Innovasic, said: “Ethernet provides a ‘best effort’ service; it’s like when you click a link on a web page – the information might load straight away, but it might not. You don’t know exactly how long it will take the information to arrive.

“While that’s OK for many applications, that’s not so good if you’re using Ethernet in a system with a control loop.”

And it’s for this reason that interest is growing rapidly in a concept called Deterministic Ethernet. Under this general heading, companies such as Innovasic are working to develop so called time sensitive networking (TSN).

“This will bring determinism,” Prettyjohns continued. “Users will be able to rely on packets arriving at a particular time and on packets not getting lost. There will also be benefits in terms of security and protection from denial of service attacks.”

In its recently published Trend Watch 2016, National Instruments notes there is a class of mission critical time sensitive data that must be transmitted and shared within strict latency and reliability constraints. ‘Much of today’s network infrastructure is not equipped to handle such time sensitive data’, it claims.

Aaron Edgecombe, Northern Europe marketing engineer with NI, noted: “The industrial IoT will be all about connecting machines for greater efficiency, but this requires a standardised approach down to the node.

“The traditional approach of using Ethernet has limitations when it comes to latency, bandwidth and prioritisation. Industry needs time sensitive networking to solve these issues.”

Jordon Woods, Innovasic’s chief operating officer, said work on developing TSN started some five years ago, originally as the Audio Video Bridging Task Group (now the AVnu Alliance). “What drove that was the need to establish a more deterministic methodology. In part, this was because the automotive industry might adopt Ethernet as a control and communications bus.

“While there is broad appeal for TSN, automotive could be one of the largest markets,” he continued. “However, the automotive sector won’t adopt technology that hasn’t been standardised because it wants multiple suppliers.

“It’s particularly important as self driving cars get closer. The data needs to get somewhere deterministically so the intelligence can make the right decisions.”

TSN is now being used as a phrase to describe the IEEE’s standardisation work in developing deterministic Ethernet. Prettyjohns noted the group has about six projects underway, each at different stages. “The process will end up with something like a menu from which users can choose when developing applications.”

Companies such as Innovasic see TSN offering features beyond those available from existing Ethernet based industrial protocols. “Work has started,” Woods observed, “to see how the approach could replace or supplement these proprietary systems.”

One way in which more accuracy has been brought to industrial Ethernet systems is through the use of IEEE1588. “This is a precision timing methodology,” Woods explained. “It’s a means for knowing what the time is and you could argue that it’s an enabling technology for TSN.”

Prettyjohns said 1588 is used widely and that silicon with 1588 timing features is available. “Once everyone understands what the time is, the system can start to use features like scheduled traffic.

“But there was a lot of silicon before 1588 that did Ethernet. When 1588 appeared, that silicon could no longer be used and new components and software were needed.

“It will be the same with TSN; some features will need new silicon and, once that exists, there will be a lot of new software.”

But it may not be a case of throwing everything away. Woods said IEEE has gone to great lengths to make things backwards compatible. “So there will be the opportunity for ‘brownfield’ installations. But where custom silicon is already in use, this will be tricky unless those devices have a common layer 2.”

Prettyjohns added: “This has been the problem with industrial protocols. Those which used a standard layer 2 had a certain amout of performance, but users couldn’t get the determinism they needed, so went to custom silicon and layer 2.

“Now IEEE is coming out with a standard layer 2 for TSN, you would think people would jump at it, but there are market share issue and nobody wants to throw away legacy technology.” 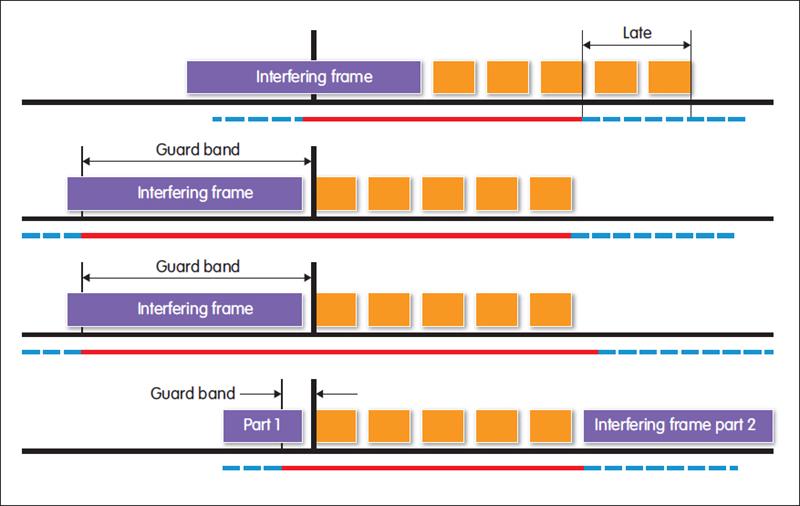 Fig 2: Frame pre-emption makes maximum use of the available bandwidth

So is TSN a hardware or a software effort? “There’s plenty of both,” Woods said. “The important thing is that it brings a common layer 2. In terms of hardware, we’re looking at features such as scheduled traffic, which means delivering particular data at a particular time; you can look at it in terms of time division multiplexing over an Ethernet wire, where slots of bandwidth are being selected for use with certain traffic.”

Another feature likely to result from TSN development is pre-emption, or interspersed traffic. Woods continued: “One of the problems with deterministic traffic is you can have low priority data in the middle of the packets being transmitted. Pre-emption means the data can be broken into fragments, sent and then reformatted. It allows maximum use of the database.”

If a frame begins transmission just before the start of a reserved time period, it can extend transmissions outside its allocated window, potentially interfering with more critical traffic (see fig 2). Therefore, a guard band equal in size to the largest possible interfering frame is required before the window starts

TSN also holds the prospect of better security through ingress policing. “Say you have a device that is behaving badly and sending lots of data or is under attack,” Woods said. “The idea of ingress policing is that you connect with the ‘talker’ and limit the available bandwidth.”

Prettyjohns concluded: “At a recent automotive conference, there was unanimous agreement that ingress policing will be essential in the car to prevent malicious attacks or defective devices causing a car to crash.”

Wireless Sensor Networking for the Industrial Internet of Things