A 24 GHz Demorad radar solution to support contactless sensors is being used in the emerging industrial mass market.

These sensors provide real-time information such as an object’s presence, movement, angular position, velocity, and range from a few centimetres to several hundred metres from the sensor. Until recently, radar sensors at mmWave frequencies were realised using discrete solutions that were large in size, complex, and expensive to build, which limited broad industrial market adoption.

With the emergence of new sensor applications for RF radar comes a set of new development challenges for engineers who want to quickly evaluate, design, and manufacture a radar sensor solution.

Acknowledging the challenges, Analog Devices recently introduced a 24 GHz radar system level prototype solution called Demorad (Fig. 1), which enables application development hardware and software on a full system reference design. The Demorad system is a microwave radar evaluation platform with out-of-the-box software examples that enable the start-up of a radar sensor within minutes. It enables the rapid product prototyping of radar sensor products that can measure real-time information such as target/object presence, movement, angular position, velocity, and range from the sensor.

The system hardware solution includes RF antennas and a full RF to baseband signal chain, that quickly connects to a laptop/PC (Fig. 2) with an easy to use, graphical user interface and radar algorithm software. Radar FFT and control firmware are available in the Blackfin DSP libraries. In a matter of a few minutes, users can plug the platform system into a computer with loaded software.

Shown in Figure 3 is the frequency-modulated continuous wave (FMCW) radar ramp or chirp generation for radar transmit, and a set of important radar equations that are used to define the radar sensor design information. 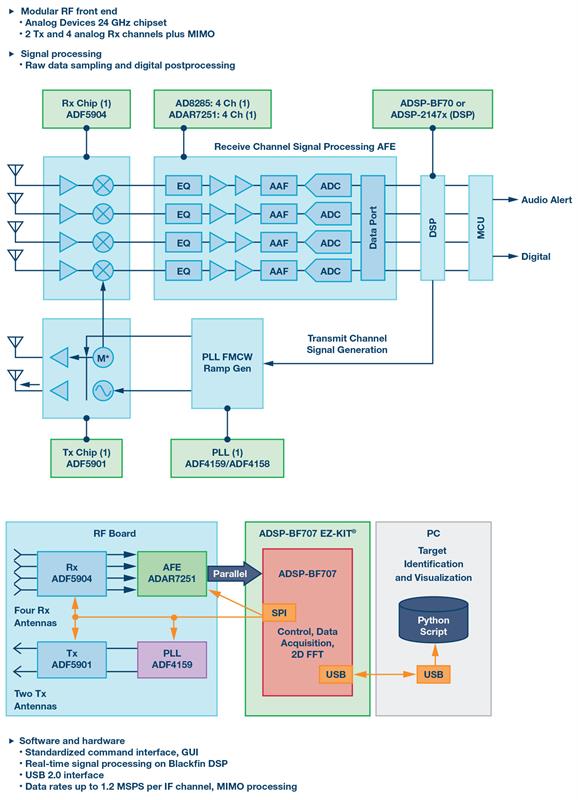 Figure 4 describes the postprocessing of the captured data in the ADSP-BF707.

The Demorad radar system signal chain includes some basic algorithms in the DSP that are implemented for DSP FFT, beamforming, and CFAR. Basic target detection and target classifications are run on a host PC. Demorad is primarily designed for collecting radar signals in the time domain and frequency domain and doesn’t include advanced target detection or object classification algorithms. This is an example of application-level development work that is generally carried out by the end system developer with a good knowledge of the environment that the radar sensor will be working in and the type of object detection that is required.

Shown in Figure 5 are some optimised 2D FFTs for the Blackfin ADSP-BF70x with an integrated window function, which helps avoid saturation, achieves higher SNR, and optimises memory layout for higher bandwidth and more efficient data processing.

In FMCW mode, the distance to stationary targets can be measured. The frequency of the downconverted receive signal for a target is proportional to the distance to the target. In the GUI, FFT processing can be carried out to determine the frequency. Using the range-time display option makes it possible to view moving targets, while the display stores a number of FMCW sweeps.

In range doppler mode, the range to the targets, as well as the speed can be analysed. Range doppler mode is one of the most powerful modes of operation because of its ability to process multiple transmit ramps or chirps simultaneously by evaluating a two-dimensional Fourier transform. The range doppler processed data is displayed in the range doppler map. Range doppler is powerful in that it allows a separation of targets with different velocities, even if they are located at the same distance. This is useful for multiple fast moving targets in different directions, for example, to resolve complicated traffic scenarios with cars moving in opposite directions or during overtaking manoeuvres.

In DBF mode, the distance and the angle to the target are displayed. The receive signals from the four receive channels are used to estimate the angle of the target. The display shows spatial distribution of targets in the xy-plane. In DBF mode, the system is configured the same as in FMCW mode but with different processing of the IF downconverted signals. After calculating the range, the angle information of the target is calculated by evaluating the phase differences between the four receive channels. In DBF mode, a radar front-end system calibration is required to eliminate unwanted deterministic phase variations between the receive channels. Each Demorad system comes with factory calibration data that is loaded when the GUI is run. The sampled IF signals are then corrected before evaluating the sensors’ measured data.

The Demorad platform utilises MIMO operation by using the two transmit outputs and appropriate antenna placement. This yields seven receive channels to increase the angular resolution of the sensor, for example four real receive channels and four virtual receive channels with overlap on one channel. The waveform used in Demorad utilises a fast ramp feature with an up chirp of 280 µs and down chirp of 4 receives for a total ramp period of 284 µs. 256 samples are taken or data sampled in the up ramp with the AFE ADCs running at 1 MSPS. 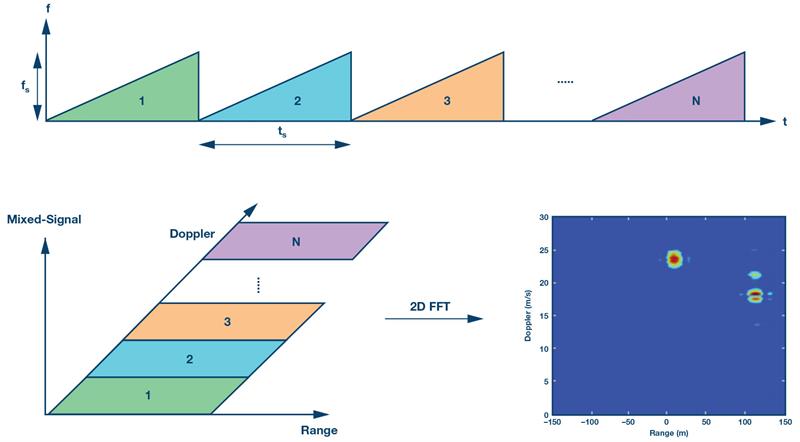 The Demorad uses FMCW radar to detect range and velocity of objects up to 200 meters away with a resolution of approximately 75cm. The field of view (FOV) is approximately 120° in azimuth and 15° in elevation, based on the antenna array design.

By combining antennas as used in digital beamforming (DBF) Demorad uses DBF to calculate angular information in the FOV.