The pressure on those developing new battery chemistries is increasing as consumers demand the ability to use their electronic devices for longer between charges. And it seems that researchers are responding with a range of potential solutions, not only based on lithium, but also exploring other elements. Beyond that, solid state electrolytes are beginning to show promise.

There are good reasons for all this work. Apart from consumers wanting their devices to last longer between charges, manufacturers are looking for smaller batteries so they can develop smaller products. Meanwhile, at the other end of the scale, automotive manufacturers want the same range from smaller batteries in future electric cars or more miles from the same sized batteries as today.

One man who knows a lot about battery chemistries is Dr Yoshio Nishi, previously director of materials for Sony Research. He told a seminar in 2014 that there are 110million possible combinations of materials that could be used to create a battery, but only 30 of these have been put to practical use.

So what are the challenges when it comes to creating a battery that stores more energy per unit volume?
Graeme Purdy is chief executive of Ilika, which has been developing new materials for energy and electronics applications for more than a decade. It has recently developed an innovative solid state battery technology for a range of applications and is licensing the IP for use in a variety of end user markets. “There are a number of potential battery chemistries on which people have been working over the years,” he pointed out. “There’s a wide range of cathode and anode materials which give different performances and which can be optimised for applications such as safety and capacity. And the voltage at which these cells operate can be tuned, as can the cycle life.”

But it’s the next generation of battery technology on which Purdy and Ilika have their eyes focused. “These technologies may well be based on lithium,” he continued, “It has a number of characteristics which make it interesting, but it functions in a different way, depending upon what it is used with.” 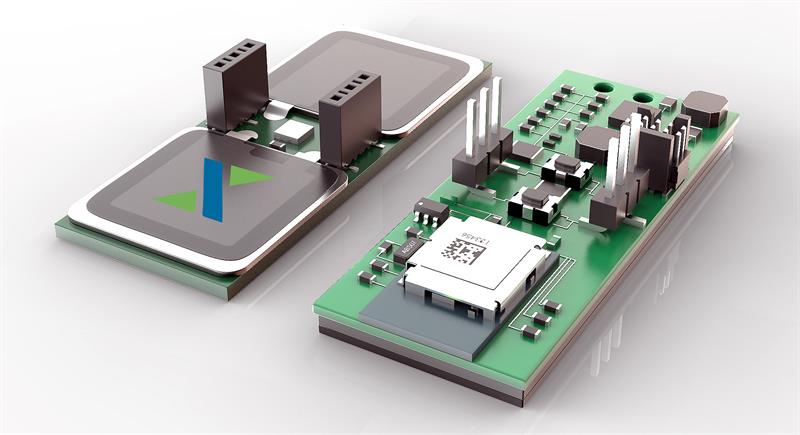 Ilika has recently launched the Stereax P180 solid state battery, targeted at IoT applications and shown above in a demonstrator

Two particular approaches hold promise, according to Purdy – lithium-sulphur and lithium-air. “Li-sulphur is an area which holds a lot of interest because the technology has good gravimetric energy capacity – it has the potential to store more energy per unit weight. That could be of interest in military applications, for example, where lighter batteries are seen to be important.”

Ilika is taking part in a three-year project led by Johnson Matthey to develop protected anodes for lithium sulphur batteries. Other partners include Williams Grand Prix Engineering, the University of Oxford and the University of Warwick.

Purdy noted: “The partners have the ‘know how’ to design and develop new battery components, then take them to electrode fabrication and pouch cell manufacture and evaluation.”

But the Johnson Matthey collaboration isn’t the only project working on Li-S; Oxfordshire based Oxis Energy continues to push the technology’s performance. 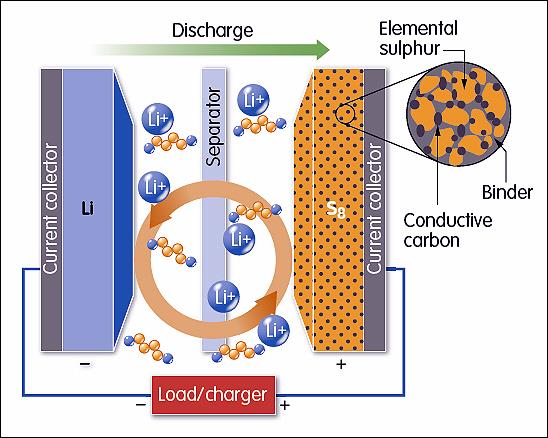 Oxis has been working on Li-S technology since 2004 and now has a patent portfolio covering electrolyte systems for Li-S cells, methods of Li-S cell construction and positive and negative electrodes.

Dr David Ainsworth, the company’s chief technology officer, said: “About three years ago, we raised a large funding round which provided us with the money to expand our research and scale up activities.”

Oxis is pursuing two cell configurations. “The difference is the electrolyte,” Dr Ainsworth highlighted. “One is dense and stable, the other is lighter, with high energy density. With the stable electrolyte, we’re developing cells for applications such as electric vehicles and e-scooters, as well as static energy storage and other apps with high power requirements.

“In parallel, we’re looking at high gravimetric energy density,” he continued. “We aimed to get to 400Whr/kg and demonstrated cells last year delivering 11Ahr from a 400Whr/kg source. These cells are aimed at military and aerospace applications, where the life expectancy is probably 100 charge/discharge cycles. However, we are looking to improve cycle life and to achieve 500Whr/kg by 2020.”

One of the ways in which Oxis hopes to boost battery longevity is through coating the lithium anode using polymer or ceramic films. “Lithium is reactive to species in the electrolyte,” Dr Ainsworth explained. “This results in degradation, the anode being eaten away and the cell failing.”

Meanwhile, Oxis continues to develop the stable electrolyte. Demonstration cells are delivering 40Ahr from a 220Whr/kg source, but Dr Ainsworth said there is still more energy to come. “Maybe we can reach 250Whr/kg,” he said. 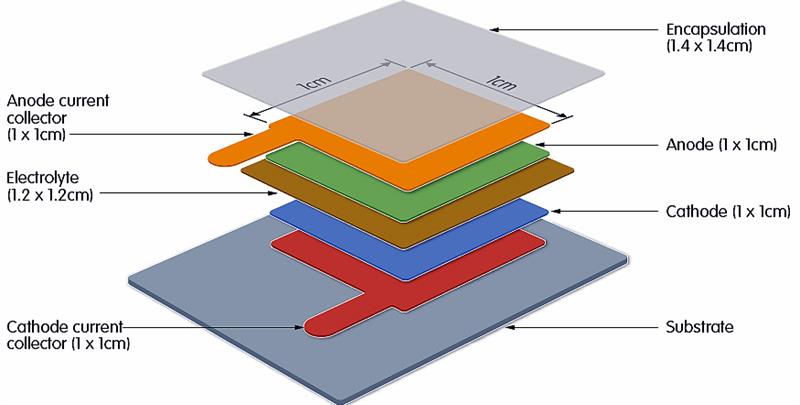 The other technology which Purdy finds attractive is lithium-air. “This has the attraction of the highest theoretical energy per weight because the parasitic elements have been removed. Effectively, this is all about oxidising lithium. While it’s a great way to release energy, the problem is the process needs to be reversible if you are to create a rechargeable battery.”

And that’s the problem – lithium oxidation is pretty much irreversible, so it becomes a challenge to create a battery that can be used repeatedly. “There’s a lot of work going on to see if this problem can be solved,” Purdy pointed out.

But work is taking place. In 2015, researchers at Cambridge University reported a working laboratory demonstrator of what they called the ‘ultimate battery’. The lithium-oxygen based battery was said to have an energy density 10 times that of Li-ion, to be more than 90% efficient and to have been recharged more than 2000 times.

The demonstrator used a highly porous graphene electrode and featured additives that made the chemical reactions in the battery more stable and efficient.

Professor Clare Grey of Cambridge’s Department of Chemistry noted at the time: “We haven’t solved all the problems inherent to this chemistry, but our results show routes forward towards a practical device.”

In Purdy’s opinion, changing the anode material is another fruitful avenue to explore. “Using silicon, rather than carbon, can deliver performance improvements,” he said, “but it doesn’t always make a difference because the cathode is often the limiting factor in battery designs.”

While silicon can work with many more lithium atoms than carbon, the approach faces a number of issues, including volume changes during the charge/discharge process. Damage from this can see the battery lose capacity quickly.

One company continuing to push silicon anodes is Nexeon, which has been exploring the technology since 2004. Its patented silicon structures are said overcome poor cycle life by mitigating the volume expansion issue. It says its structured silicon anode materials deliver extended cycle life without degradation.

Last year, Nexeon raised a further £30million from investors. CEO Dr Scott Brown observed: “It is widely accepted that silicon materials are the key to improved energy densities in Li-ion batteries and that the winning technology will be both high performance and low cost. This investment will allow us to progress our technology, our low-cost manufacturing capability and our commercial partnerships.”

Turning to computer power
Millions of potential battery chemistries remain untested, mainly down to the fact that making and testing these candidate materials is a time consuming process. 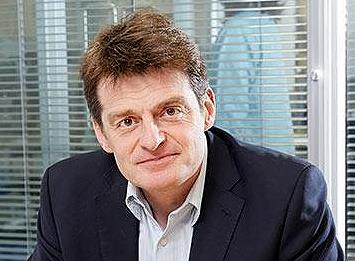 And it is here that Ilika believes it can make a difference. “Toyota is working with Stanford University to use computer modelling in an attempt to predict the performance of combinations of materials, with the aim of seeing if you can get a better battery,” Purdy commented (pictured right). “The idea is that modelling and machine learning will identify likely combinations, which can then be tested at Ilika using our high throughput method.”

The high throughput model is a way in which different elements can be combined in different ratios. “We can make arrays of hundreds of combinations, then use a characterisation model to indicate if they have the right electrochemical properties for use in a battery.”

“The number of known lithium-containing compounds is in the tens of thousands, the vast majority of which are untested,” said researcher Austin Sendek. “We developed a computational model that learns from the limited data we have, then allows us to screen potential candidates from a database of materials about a million times faster than current methods.

According to Sendak, the approach allowed more than 12,000 lithium-containing compounds to be screened and 21 ‘promising’ solid electrolytes identified.

Similarly, a team from Caltech has run hundreds of simulations using the Cray XK7 Titan supercomputer at the US Oak Ridge National Laboratory to identify new electrolytes which could enhance the performance of lithium-ion batteries.

They found one group of polymers – Lewis-acidic molecules – may be capable of producing an eightfold improvement in lithium conduction while decreasing anion conduction.

The future
While lithium remains the material of choice for batteries, researchers are looking at other elements. For example, a Swiss project is working on sodium and magnesium based rechargeable batteries.

Dr Arndt Remhof of the Swiss Federal Laboratories for Materials Science and Technology is said to have developed a solid electrolyte that allows good mobility of sodium ions at 20°C. The electrolyte is also said to be non-flammable and chemically stable at temperatures of up to 300°C,

The team has also developed a solid magnesium-based electrolyte, claiming its abundance and light weight are attractive. Because a magnesium ion has two positive charges, it can store almost twice as much energy in the same volume as lithium. But the electrolyte is, so far, only active at elevated temperatures.

Researchers at the US Naval Research Laboratory say they have developed a ‘safer alternative’ to Li-ion. In its work, the team has demonstrated nickel-zinc batteries in which a 3D zinc ‘sponge’ replaces a powdered zinc anode. The team says it has cycled cells more than 100 times, adding that energy content is ‘competitive’ with Li-ion.

However, Purdy thinks that, at some point, the leap might be made to fuel cells. “A decade ago, fuel cells might have been in the lead as future power sources, but batteries have won the race for the moment. One of the big drivers for this is that battery costs have fallen by 50% every five years and are expected to decline by another 50% by 2020.

“However, a fuel cell offers better energy per weight and something which might tip the balance is if a fuel cell can be created which doesn’t need a hydrogen infrastructure,” he concluded.

But here’s an interesting possibility. Professor Sir Mark Walport, chief executive designate of UK Research and Innovation, is currrently considering the case for a National Battery Institute to build on existing strengths in universities and companies. There’s no doubt the UK has a range of battery related expertise, but could such an institute give the UK the lead in battery technology to which the Government aspires?

Battery technology is developing incrementally; is there a breakthrough in prospect?