In search of IoT connectivity for your devices, then you need to be flexible

When it comes to developing devices with IoT connectivity you need to be flexible.

According to Peter Wenzel, Global Director of Raspberry Pi, Single Board Computers and Software, Premier Farnell and Farnell element14, technology is helping to fuel innovation and is providing design engineers with new “tools” with which to innovate.

“Over the last twelve months we have seen some exciting new products being brought to market that continue to broaden opportunities and provide the ability to build products and bring them to market,” he suggests.

Earlier this year, for example, Farnell element14 launched the GraspIO Cloudio - a Raspberry Pi expansion board - enabling end to end IoT development and deployment via Drag and Drop programming on a mobile device.

“The versatility of GraspIO Cloudio has made it popular with makers, for example, in a wide range of application environments,” Wenzel explains. “Cloudio has unlocked physical computing applications with Raspberry Pi with potential applications including Voice Control, Speech Output, IFTTT Integration, Sensor Monitor and Dashboard and Camera and Custom Notifications.”

According to Wenzel, this is just one of many products in the market that are helping to develop ideas and then commercialise them. 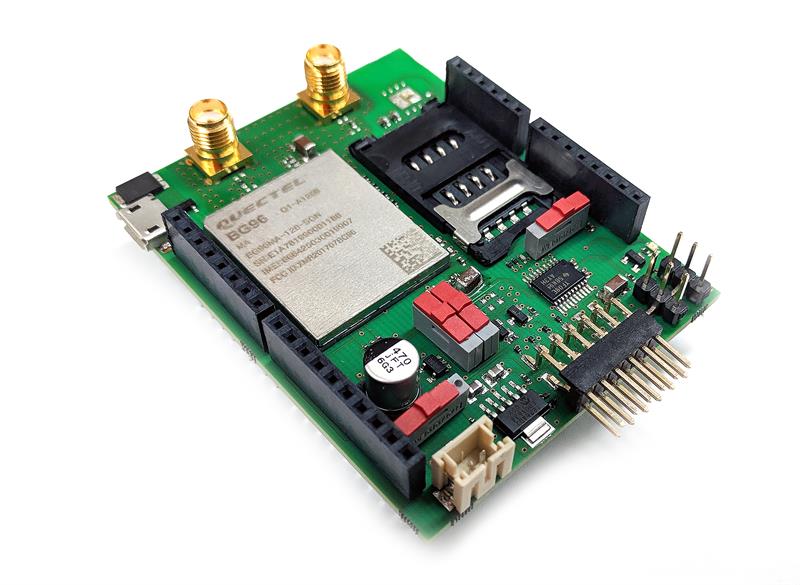 Many applications designed for the Internet of Things (IoT) do not require high bandwidth or permanent connectivity needing to connect only from time to time to check in and send small data packets. This saves connection costs while enabling smart and affordable connectivity solutions with long battery life.

“To deliver this the wireless standard NB-IoT was created,” explains Chris Young, an Embedded Software Specialist at Avnet Silica. “It offers up to 250 kbps bandwidth and supports a particularly large number of connections per base station. NB-IoT further offers an additional 20 decibel link budget,”

Given the right infrastructure, this makes it possible to increase network coverage even in areas with previously poor coverage. It also boosts interference immunity and transmission quality.

Young says that NB IoT allows more data to be transmitted in the licensed band and provides higher bandwidth. It can also address a much larger number of applications.

The base station infrastructure for NB-IoT is usually already in place, and all that’s typically required is a software update of the base stations. Only a few locations need an additional hardware upgrade and that’s simple to implement.

Areas of application can be found wherever limited data rates, such as Sigfox LPWAN, which can send 144 messages per day at 12 bytes in the direction of the cloud, are no longer sufficient.

However, NB-IoT has its limits and a valuable addition is Cat M1 - a 3GPP Release 13 standard that offers a higher peak data rate of up to 1Mb/s full duplex compared to NB-IoT and supports mobile solutions, something which NB-IoT cannot do because the network must establish a new connection after leaving a cell. Cat M1 also supports Voice over LTE (VoLTE).

“Measuring 10 to 15ms, latency is significantly lower here compared to NB-IoT, where values range from 1.6 to 10s. Combining these two technologies with 2G EGPRS fallback for regions where NB-IoT has not yet been rolled out, multi-mode connectivity cards can generate extremely high network coverage for the large number of mass use cases that benefit from many years of battery operation and do not require a constant connection at high data rates,” says Young.

Many mobile M2M applications are flawed by the fact that the management of the SIM cards can prove complex.

According to Young, “A lot of the effort can, however, be avoided by using eUICC compatible SIM technology. It makes SIM cards and components reprogrammable, allowing new Mobile Network Operator (MNO) profiles to be deployed ‘over the air’ at any time. A change of MNO and services is therefore always possible – regardless of whether this means a change in the manufacture of the device, commissioning, start-up or even a transfer of ownership or relocation.

Based on the Arduino Uno R3 specification, it is suitable for small and medium sized industrial batch applications and as a starting point for high volume custom designs.

Standardisation of the Arduino connector format means that designers can access a variety of standard components.

“There’s a rich ecosystem of microcontroller or application processor boards as well as Arduino expansion shields. In a few simple steps, NB-IoT/Cat M1 connected IoT gateways, devices and smart sensors can be assembled on the basis of the open source Arduino standard,” explains Young. He continues, “The advantages of this include the use of commercial-off-the-shelf (COTS) hardware to avoid NRE costs; it is also the vendor independence from a specific solution that OEMs appreciate. There is usually a second provider of a comparable solution, which intensifies competition and lowers procurement costs.”

According to Young, a large open source ecosystem increases design security and enables long-term availability, which secures the investment in an OEM solution long into the future.

The NB-IoT Sensor Shield with optional eUICC compatibility is based on the Quectel BG96 module and supports FTP/HTTP/MQTT and TLS as well as PPP/TCP/UDP protocols. It not only provides flexibility but extremely low power consumption – around 10µA in power-saving mode – that results in exceptionally long battery life.

In spite of its energy-efficient design, it also offers the option to integrate geolocation for all common standards such as GPS, GLONASS, BeiDou/Compass, Galileo and QZSS.

The flexibility of the shield is enhanced by the Pmod connector, which can be used as an alternative to the Arduino shield interface to the processor board.

The NB-IoT Sensor Shield supports operating systems such as Android, Linux and Windows. The modem is controlled with the AT command set via UART or USB interfaces. The board also has its own network stack, including SSL/TLS encryption. In addition, further free network stacks for COAP and MQTT clients are available based on the ARM mbed eco-system. This allows application libraries, component libraries, and toolchains to be used unchanged across multiple MCUs, allowing for the portability of own code and reducing NRE costs.

At the heart of the mbed solution is the established and widely used open-source CMSIS-RTOS RTX. 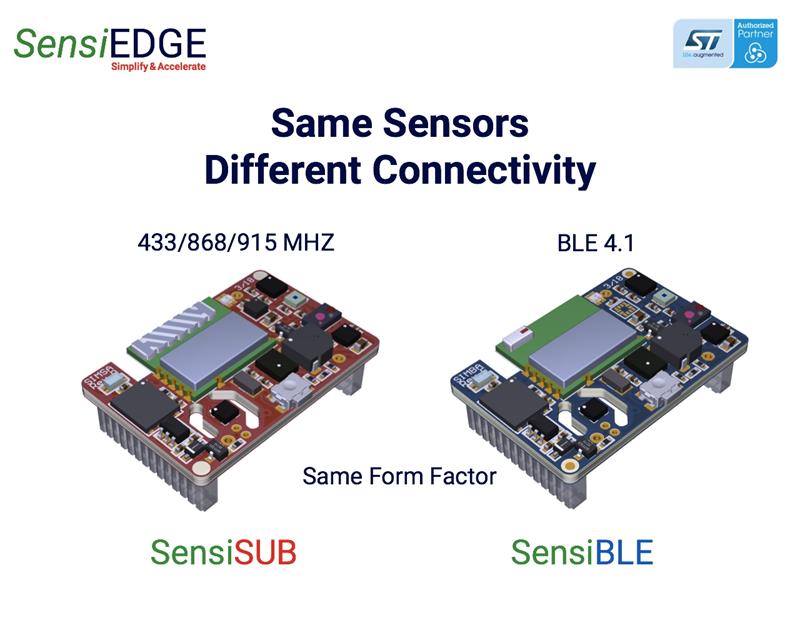 “Our new SensiSUB is a certified solution that helps developers with limited or no RF expertise accelerate the design phase of projects and reduce the time-to-market for IoT applications,” says Yudkovich.

“As seamless connectivity becomes a standard requirement, this IoT module – and others like it – will help product and system designers integrate complex RF functionality into their prototype embedded designs, enabling a new generation of engineers to more easily realise their concepts.”

What do smart home and IoT devices development decision makers need to know about ZigBee 3.0?

Murata and Truphone partner to roll out IoT connectivity