What will it take for flexible displays to reach their full potential?

The global printed and flexible electronics market is predicted to reach $330 billion by the year 2027, of which flexible displays will be a major market segment.

The term flexible display covers a range of new technologies that aim to address the limits of the conventional glass-based displays. Usually they are made on plastic, allowing for a thin, light and robust solution that can be curved and shaped.

“These attributes are enabling form-factor innovation in a range of display applications. We are starting to see the first products where the plastic is intended to dynamically bend or fold during the lifetime of the product too,” explained Mike Banach Technical Director at FlexEnable, a manufacturer of flexible electronics.

With the development of new materials such as organic light emitting diodes (OLEDS), active-matrix organic light-emitting diodes (AMOLEDs), and organic liquid crystal displays (OLCDs), industry has made considerable headway in flexible electronics in the last few years. But it hasn’t been without issues. Take Samsung’s decision to delay its Galaxy Fold, for example.

“Flexible display tech has been studied intensively and is close to its final form,” said Ze Yuan R&D Director, Flexible Electronics at Royole, a global manufacturer of flexible displays, flexible sensors, and smart devices. “The technology is mature enough for the market, what still needs exploring is how to transform the display into a consumer-ready product” – one that meets expectations, is robust and affordable.

In 2018, Royole developed the world’s first commercial foldable smartphone with a fully flexible display using AMOLED technology. This consists of millions of thin-film devices and dozens of layers of flexible thin film materials. Each layer is also flexible independently and designed to stay flexible and mechanically robust when combined. The mobile, known as the FlexPai, can support dual screens with separate, simultaneous operations when folded. The interface on the primary and secondary screens can mutually interact with each other, or independently use different interfaces without interfering with one another. Users can also get notifications on the edge screen side bar, which can be used to manage calls, messages, and other notices that may disturb the primary and secondary screen usage. 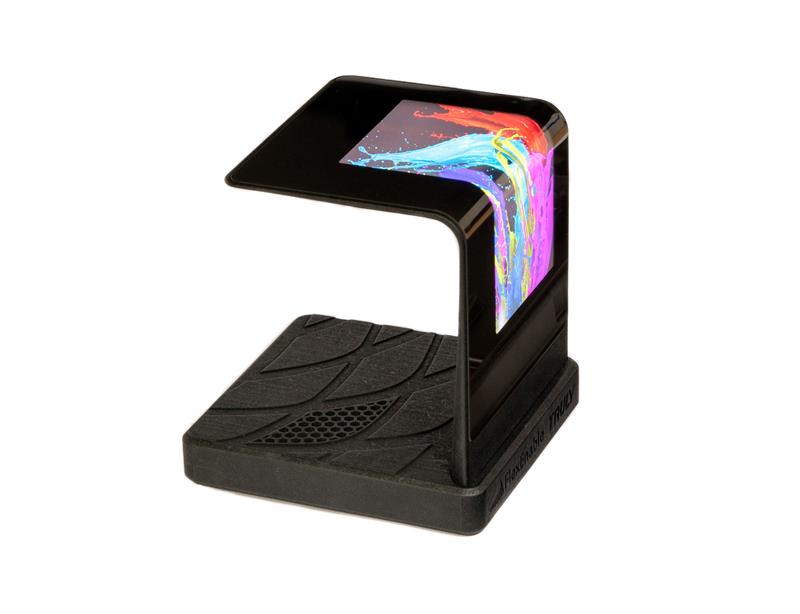 But foldable phones and tablets are just the tip of the iceberg, according to Yuan.


“When a new technology becomes mature for the general market, it either cultivates a brand-new market space or penetrates existing markets and takes shares,” he said. “For flexible displays, both are happening. The most immediate penetration is the smartphone market, but flexible displays will change the landscape of where displays can fit for everyday usage. People will see them in all different kinds of places very soon. For example, integrated into textiles – that’s something we’re already exploring. We need to leave the imagination open.”

In fact, Louis Vuitton has already introduced prototype handbags which feature OLED technology integrated into the textiles. In a demo, the bag displayed an Instagram feed - one indicator of how flexible screens may be utilised in future.

Banach also envisions a variety of interesting use-cases, but while Royole focuses its efforts on 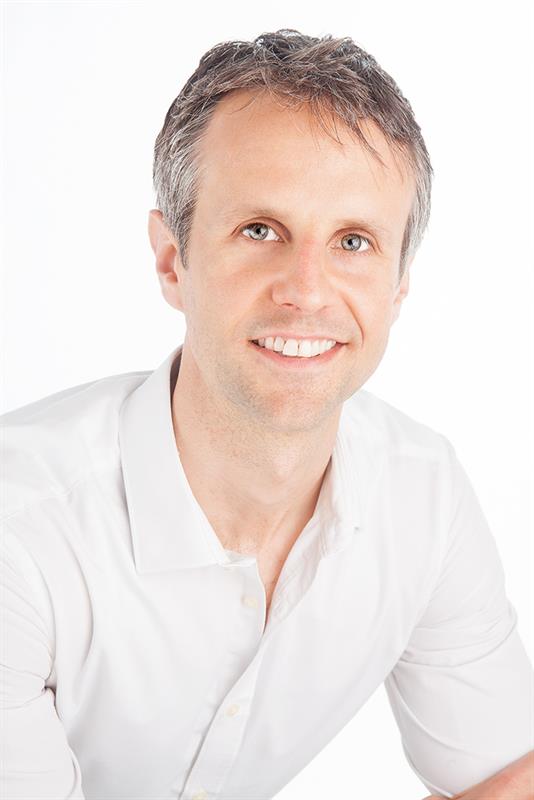 AMOLED, FlexEnable turns to OLCD. “Plastic OLED displays have already been adopted in some smaller screen consumer products such as the Apple Watch and the Samsung Edge,” he noted. “As cost reduces and reliability increases, industry can expect to see an accelerated adoption of plastic displays in other markets.”

He uses automotive as an example, where the area dedicated to displays is already increasing and rapidly presenting what he calls a “huge challenge” when it comes to seamless integration of the display with the curved surfaces in the car.

“This is a market which requires high reliability, high brightness and low cost – all key benefits of OLCD on plastic. These factors are also important for consumer and industrial applications where there are significant opportunities to revolutionise product concepts with non-square and non-flat displays.”

So, what’s the difference between OLED and OLCD? OLED displays and LCD are the most popular active matrix display technologies today, with LCD holding nearly 90% of the market, in particular because of its scalability to large sizes, according to FlexEnable.

OLED displays offer great front of screen performance in terms of contrast, colour gamut and refresh rate. They also can be made onto polyimide (plastic) substrates, making them even thinner, conformable and shapeable compared to their glass counterparts, leaving more room for other components. These properties open up new designs such as those seen in the Samsung Galaxy Edge and Apple X phones.

Today, flexible OLED displays variants are expensive to manufacture for several reasons. The cost of materials used and the process complexity means that yield is relatively low at present and gets even lower for larger displays. 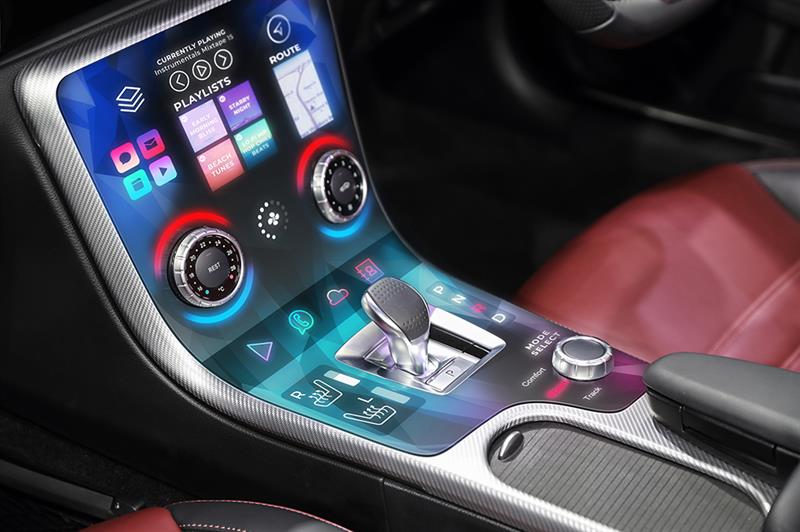 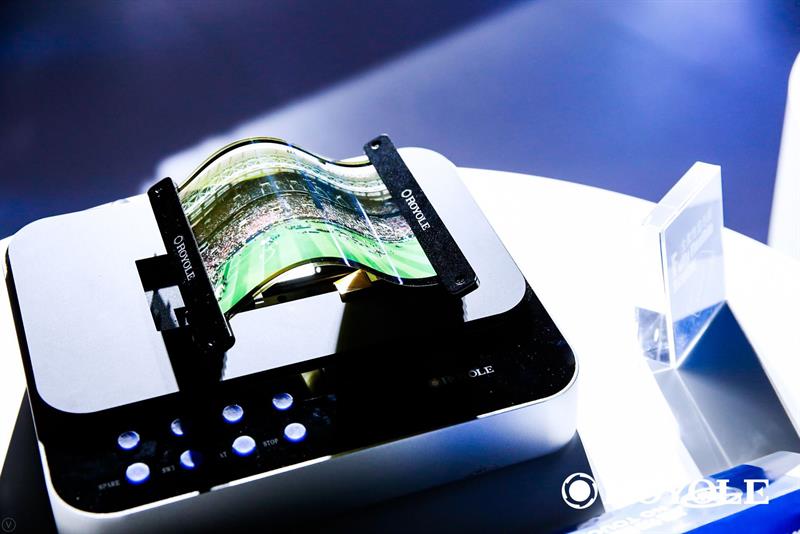 “Polyimides are difficult to debond from the glass carrier at the end of the display fabrication process as it requires a high temperature/high stress debond step,” clarified Banach.

Although the lifetime of OLED displays, particularly on flexible substrates, is suitable for consumer products that require smaller displays, it’s not yet at a point where it can be used for higher specification applications such as automotive, he added. This is because the lifetime of OLEDs is inversely proportional to the square of the pixel brightness – but applications such as automotive need both long lifetime and high brightness.

To address such challenges, FlexEnable uses OLCD, an active matrix LCD display built using an organic thin-film transistor (OTFT) backplane, allowing the whole display to be manufactured on a rugged plastic substrate with “excellent optical performance”. OLCD is thin, light and shatterproof, and can be conformed to different surfaces and even cut into shapes.

Both OTFT and LCD involve relatively simple manufacturing processes (in terms of number of steps) and can be easily scaled to very large sizes using existing production lines. The low temperature process deployed by the OTFT backplane means that it can be processed on low cost plastic like TAC film, according to FlexEnable. A simple handling method is used where the TAC is released from the glass with ~100% yield regardless of size.

OLCD is also independent of the display brightness so it can be used to make very bright displays without reducing its lifetime. This is achieved through the transmission of a separate light source (the backlight), rather than emission of its own light. It’s therefore a suitable alternative for applications that require large area and/or high brightness coupled with long lifetime.

“Introducing new technology comes with challenges,” admitted Banach, “and we have invested many years in developing the processes for OLCD. We are now bringing OLCD into mass production with our Chinese partners by converting glass display factories used to make tablets and monitors. The next challenge will be converting capacity for larger TV screens.”

Looking ahead, Banach says that FlexEnable is “excited to play a part” in the inevitable evolution of display technology, stating that the company has a specific interest in mini-LED. “We think this could complement our technology by enabling high quality flexible backlight tech.”

But Yaun believes that for true progression to be made in flexible screens, “market education is the necessary step forwards which is going to take some time”.

He believes that once more insight is gleaned into what consumers want from the likes of flexible smartphones and other flexy devices, and attuned with what they can actually achieve, a future where flexible displays become a hugely popular choice is extremely likely, if not guaranteed.

With processes and material advancements being made all the time, it could be argued that future techniques used to realise flexible displays could be something not yet imagined.

Images courtesy of FlexEnable and Royole

The market for flexible displays is maturing, says Tim Burne

Are flexible electronics the future?