The external power supply has become a staple part of system design for the electronics engineer. It provides a convenient means by which to add an AC front-end to a product which already meets international safety approvals. It also provides a faster time to market, with the option to use a connector which suits the application and reduces the risk of a generic power supply being plugged in and causing damage. By supplying a lower DC voltage to the equipment, it becomes easier to design a compact product that complies with all the necessary safety standards – a key consideration in applications in the consumer, industrial and medical markets

However, the external power supply itself needs to conform to standards. Because these supplies are often left plugged into wall sockets for long periods – potentially the entire operational lifetime of the end equipment – concerns over their long-term energy consumption have emerged.

The US Environmental Protection Agency started to draw up guidelines in the 1990s over fears that the widespread use of external adaptors could account for almost a third of total domestic electricity consumption averaged over a year. The first regulations with the power of law did not appear until the mid-2000s, but the trend to limit consumption and improve efficiency has accelerated since then.

Governments in the Americas, Europe and Asia have progressively tightened their respective specifications, with different regions sometimes leapfrogging each other in terms of stringency. The tightest regulations were put in place by US Department of Energy (DoE) in early 2014, becoming mandatory in February 2016. The regulations are the result of changes to the EISA 2007 efficiency standard for external power supplies.

The regulations are based on the International Efficiency Mark (IEM) scheme developed by the US Environmental Protection Agency as part of the Energy Star programme. The IEM scheme calls for manufacturers to test the efficiency of the power supply under different load conditions: not just no-load but also intermediate loads through to 100%. An average of the four active load conditions provides an overall efficiency rating for the supply. The no-load measurement is treated separately.

Having performed the series of measurements, the power-supply manufacturer identifies the appropriate IEM level for the power supply, denoted by a Roman numeral. The current US regime corresponds to Level VI, which calls for no-load consumption of 0.1W for an adaptor able to supply 49W. It also has to meet a minimum average efficiency level.A power supply designed to Level V – which is acceptable in Europe under Phase 2 of the Energy-related Products (ErP) Directive introduced in 2011 – is allowed to draw 0.3W under no-load conditions. 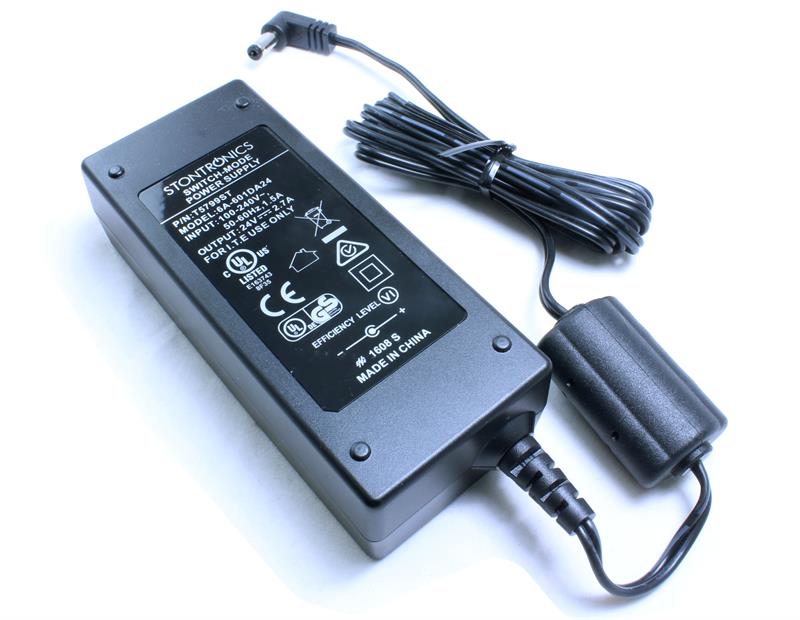 Although there are differences in the legislation which covers efficiency for external power supplies used for IT equipment, the global trade environment encourages manufacturers to adopt designs that can be sold in as many territories as possible. A Level VI-rated power supply delivers that ability. Suppliers can use the improved specifications in territories that have less stringent regulation as a means of competitive differentiation.

There are exceptions to the US regulations for external power supplies. One is for products intended for medical use and which require approval from an agency such as the US Federal Food and Drug Administration. The medical environment has, for reasons of safety, a number of stringent requirements. For Canada, Europe and the US, the power supply manufacturer needs to provide a full risk assessment and accompanying documentation that follows the procedures laid out in the third edition of the IEC 60601. Other countries follow an older procedure laid out in the second edition of IEC 60601, but changes in legislation in the near future will likely make the fourth edition of the standard the one to follow.

In addition to a risk-analysis procedure intended to ensure there is no risk of harm to patient or operator, the fourth edition reflects the higher complexity of the electronic environment around medical systems. Electromagnetic compatibility is now such an important issue that it forms part of the fourth edition standard.

The focus on safety in medical power supplies does not detract from the overall thrust of development in this area to be one of energy efficiency. Although there is no requirement for the same level of efficiency from medical supplies as that in supplies for generic IT equipment in the European or US regulations, the market demands designs that have a similar performance to Level V.

The availability of Level VI power adaptors with approvals to US and European standards provides manufacturers with the confidence that they can design them into their final systems and be assured of the ability to serve customers worldwide.

Power without responsibility: The challenges involved in energy harvesting

Know where you stand