The troubled Crossrail project, which was due to open in December 2018 could, by its own admission, be facing even longer delays. By Brian Wall

It’s a question that has surfaced again and again: when will Crossrail be ready? Due to the “complexity of the remaining work”, Crossrail has confirmed that the opening of the central section will not now occur in 2020. Instead, the line will open “as soon as practically possible in 2021”. So, why the delay? A major factor has been the failed efforts to match a new signalling system in the central 13mile stretch of tunnel with software on the new trains.

Officially called the Elizabeth line, the project was originally costed at £14.8 billion, but is now over budget by between £2-3 billion.

According to the project’s CEO Mark Wild: “The two critical paths for the project remain software development for the signalling and train systems, and the complex assurance and handover process for the railway; both involve safety certification for the Elizabeth line. These must be done to the highest quality standards to ensure reliability of the railway from day one of passenger service.

“Crossrail will need further time to complete software development for the signalling and train systems and the safety approvals process for the railway. The Trial Running phase will begin at the earliest opportunity in 2020. This will be followed by testing of the operational railway to ensure it is safe and reliable.”

These delays are not totally unexpected. Undoubtedly, it is a highly intricate undertaking that was never likely to reach fruition without testing the nerves – and pockets – of those responsible for delivering the finished article.

First, the Elizabeth line, running between Reading in Berkshire and Shenfield in Essex via central London, serving 41 stations, including 10 new ones, has to operate under three separate signalling systems across the 60-plus mile route, joining what were essentially two Victorian railways – the Great Eastern and Great Western – to the new construction.

As Crossrail technical director Colin Brown pointed out: “There’s a mishmash of technologies involved, some of which date back to the 1950s’ Automatic Warning System [AWS], alongside the upgrade, the Train Protection Warning System [TPWS]. So, Crossrail has the unenviable task of being future proof, in terms of having the latest technology, and at the same time trying to make the railway last for a hundred years.”

Below: Colin Brown, “There’s a mish-mash of technologies involved, some of which date back to the 1950s.” 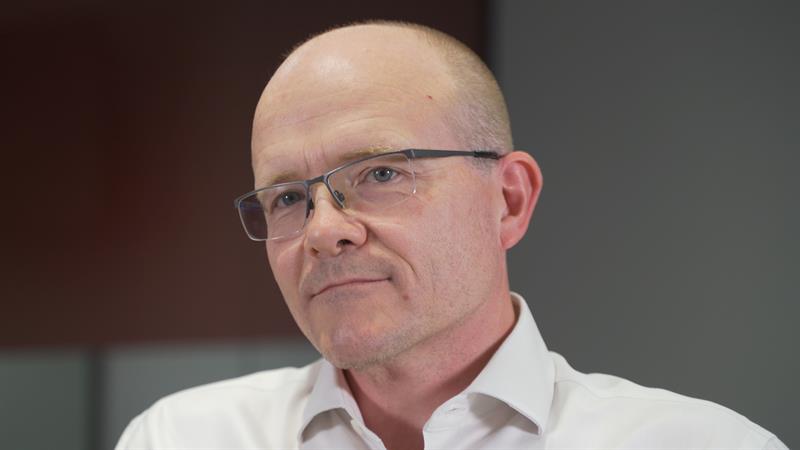 What Crossrail will deliver, he says, is the first interoperable railway we have in the UK. “And it’s interoperable because of the European Rail Train Management System [ERTMS] we’ve chosen to be the heart of the system, as a modern, future-proofed and safe system of separating trains.” However, the challenge when getting ERTMS to work in the UK is that it has to be made compatible with the two legacy systems, AWS and TPWS.

Yet there is an even bigger challenge, adds Brown – and that is making the whole signalling solution work as a metro system through the tunnel itself. “So, we’ve had to incorporate into the mix another signalling system called CBTC [Communication Based Train Control], developed by Siemens. This is as you would see on any mass-transit system: high precision, in that in can manage stopping distances very accurately to align doors, as well as provide additional levels of safety, tunnel ventilation and timetabling, plus deal with how the service can recover from problems that happen in a metro scenario.”

A key objective is to identify and fix any software bugs in the train control system and to make sure everything works as planned. So far, achieving that goal has not been without its problems. The latest Siemens software configuration PD+10 (Siemens Mobility is responsible for the signalling) was planned to be the first version capable of supporting entry into trial running. However, testing in the Crossrail Integration Facility identified some missing functionality and defects. As a consequence, the next software configuration, PD+11, will now be the candidate for the start of those trials.

“The use of software confi guration PD+11 is still consistent with starting trial running in the first quarter of 2020,” insists Crossrail, “and our declared delivery window between October 2020 and March 2021 for the start of services through central London.” However, there’s a caveat that will cause concern to all those with a vested interest in the project’s earliest completion. “If another revision of the software confi guration is required, the opening window would still be valid, although under increased risks. The nature of software development means uncertainty will remain until we begin to test each version.”

Looking beyond Crossrail, the UK railway network is an old one. Around half the network is more than 30 years’ old, with the electronic systems that control it of a similar age, while the rest is operated by electromechanical and mechanical systems that date back to Victorian times. Now, with a rapidly ageing signalling system and growing pressure to meet capacity needs, modernisation of the system has become an essential part of Network Rail’s strategy for delivering a vastly improved and efficiently operating infrastructure.

The scale of the challenge it faces isn’t difficult to see. Since the mid1990s, the number of passengers using Britain’s railway has doubled. Upgrades to signalling and train control systems feature strongly in Network Rail’s improvement works and are part of its ongoing plans to install modern technology to improve services for passengers and freight operators.

Signalling is, of course, a crucial part of the railway infrastructure, enabling trains to move safely around the network. The broader signalling system also includes systems for determining the position of trains, controlling the railway and operating the timetable, along with points that control the directions trains take.

Other systems determine what movements are safe, while train protection systems guard against mistakes by drivers. Signalling systems are designed to fail to a safe state, so faulty components often result in signals remaining at red, causing train delays.

Below: An operator checks the signalling on Crossrail 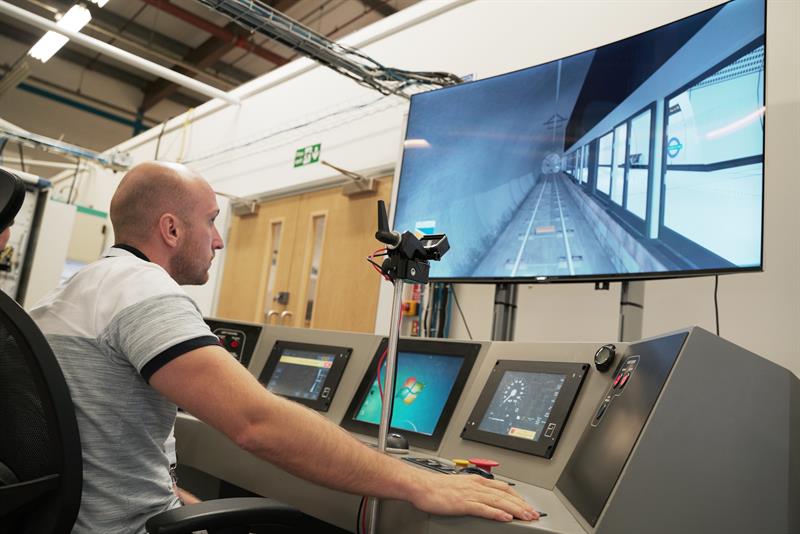 “This means the future of railway signalling belongs inside the train, bringing all information from one of our operating centres nationwide to the driver, instantly,” said Network Rail’s Michael Flynn, Digital Railway’s programme director. “Digital signalling unlocks the space needed to enable greater flexibility about where, when and how fast trains run. Currently, timetables are planned, mostly manually, between two and four years in advance and are then largely fixed. Digital Traffic Management transforms this, harnessing modern analytics to create more effective ‘conflict–free’ timetables and options for new train paths that can be adjusted as demand changes from day to day, week to week and season to season.”

Introducing the latest signalling and control technology is part of the European Train Control System (ETCS) and traffic management programme. Digital signalling is also a potential first step towards the use of fully automated trains, as Automatic Train Operation relies on data from the ETCS to set the speed of the train.

Although there are already driverless trains in the market, they are mostly used in metro systems and still have a driver or attendant on board. Fully autonomous trains will require similar sensor technology as driverless cars to know what is on the track in front of them and to make decisions for themselves. In the five years between 2019 and 2024, the aim is to install digital technology on the southern part of the East Coast main line and routes across the Pennines. These targeted schemes form the basis of digital train control as the norm across the rest of the network from 2024 and beyond.

Clearly, whether it be Crossrail or the broader UK railway network, there is still some way to travel before reaching the intended destination.