The trend to embed wireless charging capability into consumer devices has been led by the Wireless Power Consortium’s (WPC) Qi charging standard, which is the most widely adopted technology for the wireless charging of smartphones.

The momentum is accelerating as more and more charging locations offer convenient wireless charging for compatible devices. As a result, consumer acceptance and knowledge are growing, leading manufacturers of other types of devices beyond the mobile phone to explore the potential for wireless charging.

The great advantages of replacing a wired charger connection with wireless charging are: reliability – every wired connection is a potential point of failure; increased design freedom – the designer can optimise the shape of the device and the use of its surface when they do not have to accommodate a connector; easier to achieve a high Ingress Protection (IP) rating by eliminating mechanical connections.

For various reasons, the Qi technology is poorly suited to the charging of very small or wearable devices such as activity-tracking wristbands, wireless earphones or smart glasses. One alternative is NFC, the technology behind contactless payments and ticketing, since another of the inherent features of NFC, alongside data communication, is energy harvesting – the ability of a receiver (listener) to draw energy from a reader’s (poller’s) transmitted signal.

This means that any NFC-enabled device that has energy harvesting capability can be charged wirelessly without the need for an additional antenna and other components. In addition, NFC wireless charging does not require perfect alignment of the charger’s and receiver’s antennas. An NFC charger works at high efficiency on the charger side even when the two antennas are misaligned by as much as half of the antenna size.

Yet despite the almost universal provision of NFC functionality in smartphones, NFC charging has been implemented in only a handful of small devices: this is because the power transmitted by the poller – typically between 1W and 1.5W at the antenna – limits the scope to charge devices which have a larger battery capacity or smaller NFC antenna.

A breakthrough in NFC system design, however, promises to double the power that can be supplied via an NFC connection, while also providing a reduction in component count, bill-of-materials cost and system size.

NFC, a viable complement to Qi

Qi wireless charging has proven to be a successful technology for devices such as smartphones which have a large battery – typically 3,000mAh or more – and which therefore require the >15W power capability that Qi offers.

But the elements of Qi technology which make it suitable for use in these high-power applications – such as its requirement for a large antenna in the receiver – make it unsuitable for use in smaller products such as wearable devices. When a charged device needs a 1W supply rather than 15W, a Qi system is generally too bulky and too expensive. It also provides a limited data communication capability.

By contrast, NFC can charge devices wirelessly in which flexibility is a key factor:

NFC implementation is not complicated as charging capability is built into the standard NFC Forum protocols. In NFC’s Wireless Charging mode, the field strength of the RF field can be increased to maximise the power transfer capability between two compliant devices.

This square-wave architecture is an attractive choice for NFC component manufacturers because it is easy to implement in silicon. But the square wave output has to be shaped as a sine wave for transmission via the antenna to avoid electromagnetic emissions exceeding the limits: this calls for an electromagnetic compatibility (EMC) filter made up of multiple external components. 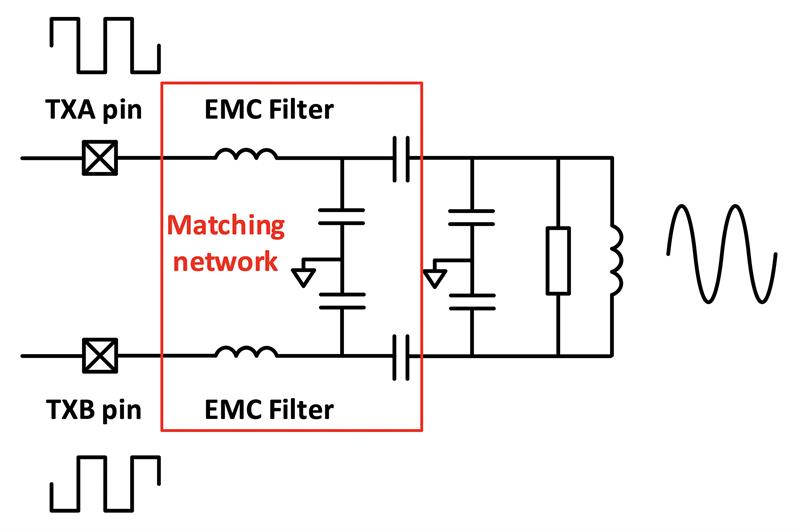 In NFC charging, this has two important drawbacks:

In practice, this means that the conventional NFC transmitters used in today’s wireless charging devices are limited to an output at the antenna of 1.5W at best, and to a maximum of 500mW at the listener: at this low power level, the time to charge a device becomes excessively long.

Fortunately, there is another way – and its appeal is the result of the adoption of a dramatically different architecture in the transmitter and receiver.

The new architecture – the result of a patented silicon implementation developed by Panthronics – produces a sine-wave output at the transmitter pin. As a consequence, the NFC circuit requires no lossy EMC filter, and thus enables a direct-to-antenna (‘DiRAC’) connection from the transmitter pin.

The key advantages of this architecture are the mirror image of the drawbacks of conventional NFC controllers:

Operating from a 5V supply, a Panthronics solution based on its PTX100W NFC charger can supply up to 2.5W power at the antenna. One of the main reasons why the architecture can sustain more power than a conventional NFC architecture is the lower antenna matching impedance which can be achieved in a circuit with no EMC filter. An application based on the PTX100W can be designed with an antenna matching impedance of less than 5Ω, while with an EMC filter the impedance would be at least twice as high. 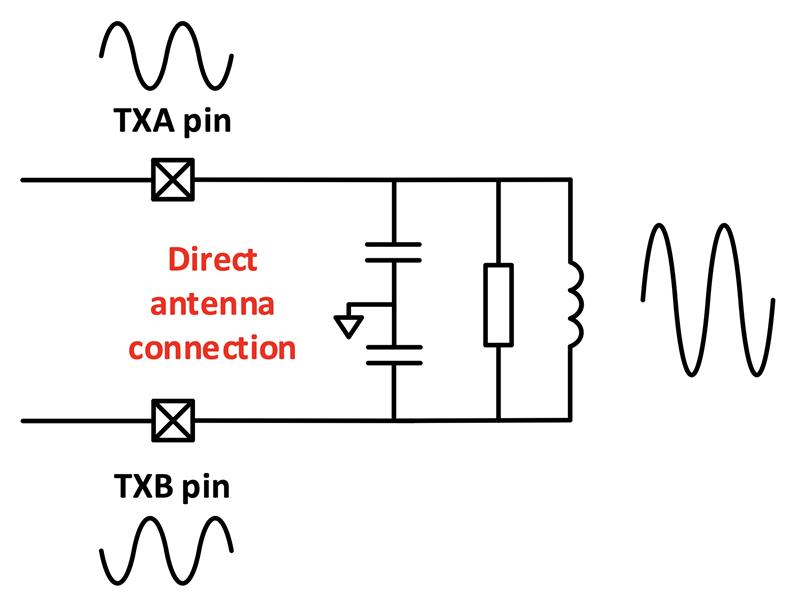 Importantly, the elimination of the EMC filter and other external components also produces a board area saving. This reduces the cost, size and complexity of the charged device’s board – a valuable benefit for makers of wearable devices such as smartwatches or fitness trackers, where the PTX100W is capable of delivering up to 1W to the listener’s battery, as measured bv the power sensor on the listener board.

In the case of NFC charging of earbuds, the antenna’s dimensions are much smaller, reducing the overall amount of power transferred. Using the PTX100W as a poller, even with a distance up to 5mm between the two antennas, the power received by the earbud battery is still above the maximum power used to charge a typical earbud battery.

Figure 3: A demonstration circuit of NFC charging of an earbud’s battery. The graph shows the reduction in power transfer when the poller’s and listener’s antennas are misaligned.

While manufacturers of consumer devices have been slow to adopt NFC wireless charging to date because of the long time required to fully charge even a small battery, the introduction of the PTX100W looks to overcome the problem, providing an output at the antenna up to 2.5W and bringing typical charging time for batteries of capacity up to 400mAh down to manufacturers’ target duration of shorter than three hours.