Many exciting and novel applications of MEMS technology lie in the medical industry, from improving macro-sized hospital equipment and portable medical instrumentation to enabling medical wearables and point of care devices.

The potential of MEMS technology to improve medicine is beginning to be realised and the medical MEMS field is booming with a growing number of development projects such as: glucose monitoring contact lenses from Google, transdermal skin patch sensors for detecting electrolyte balance, electronic drug delivery pills, implantable electronics and ingestible sensors.

Despite these challenges MEMS are having a massive impact on the development of biotechnology, providing researchers with the ability to search for, locate and influence biological and chemical compounds in the body and its many complex subsystems. This will lead to new ways to identifying and preventing illnesses and debilitating conditions. For example, the use of MEMS technology in nerve prosthesis is now being explored, research that could help the blind see or return some mobility to the disabled - clearly real life enhancing developments.

MEMS has been a disruptive innovation within the medical sector for diagnosis and health care, and been very successfully applied in pressure sensors. Today MEMS-based pressure sensors that communicate using RF can be implanted into the body, providing valuable insights into the condition of organs and arteries. Recent advancements in the packaging of MEMS has been instrumental here.

Outside of the body, the small and unobtrusive form factor of MEMS pressure sensors means that they can be used to reduce the size of equipment, making it more portable, while their relatively low cost means the prospect of disposable sensors becomes feasible. The scope of their use includes measuring the blood pressure and respiration of patients in hospitals and ambulances. Their application in dialysis machines and infusion pumps has also been ground breaking.

The incorporation of MEMS inertial sensors in consumer devices is also influencing the way health providers are addressing the care of vulnerable patients who may be susceptible to falls. Monitoring the movement of patients can provide an early warning system for carers, alerting them to the need for attention. The same technology is now being applied to the treatment of scoliosis, by measuring how often and how tightly braces are being worn by patients, in a bid to overcome the barriers that can impede progress.

As MEMS are manufactured via the same techniques used in conventional semiconductor production, some integrated device manufacturers have positioned themselves to develop and supply MEMS sensors.

A presentation at the upcoming Medical MEMS and Sensors Conference 2017, to be given by Analog Devices’ Engineering Manager of High Performance Sensors, Mark da Silva, entitled ‘Ultra Low Power Implantable Inertial MEMS Sensors’, shows the direction some semiconductor manufacturers are moving in.

Implantable inertial MEMS sensors could be used to monitor the movement of limbs in real-time, while similar sensors implanted in the back could be used for spinal cord stimulation for the treatment of pain.

Ultra low power MEMS accelerometers are already available and being used in a wide array of applications, including hearing aids and home healthcare.

The ADX362 series from Analog Devices, for example, are being used in a wide array of applications, including hearing aids and home healthcare.

A 3-axis accelerometer it can measure both dynamic and static acceleration (for detecting shock, for example) and consumes just 10nA in sleep mode and as little as 270nA when in a motion triggered mode. Because it doesn’t use under-sampling, as some MEMS sensors do, the sensor’s full bandwidth is sampled for both 8-bit and 12-bit output resolutions. This can be as low as 1mg/LSB at a ±2 g range and the family has a standard noise level of 500μg/√Hz, which can be further reduced to 175μg/√Hz through a lower noise mode.

As shown in Figure 1, the ADXL362 also integrates antialiasing filters and a temperature sensor, as well as an analogue-to-digital converter (ADC), SPI interface and digital logic. 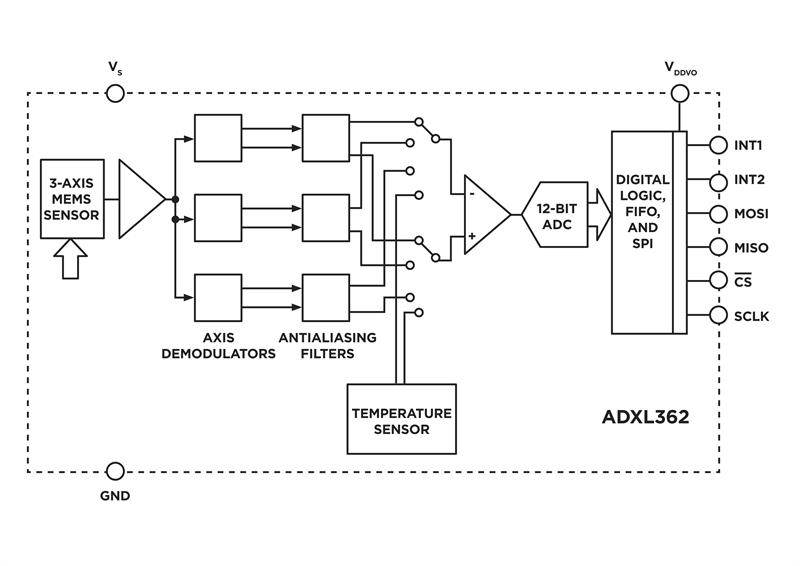 Figure 1: The ADXL362 from Analog Devices is an ultra-low power 3-axis accelerometer ideal for healthcare applications

Each sensor features a self-test mode, while the integrated motion processor handles calibration as well as the motion processing algorithms, reducing the workload on the host processor. 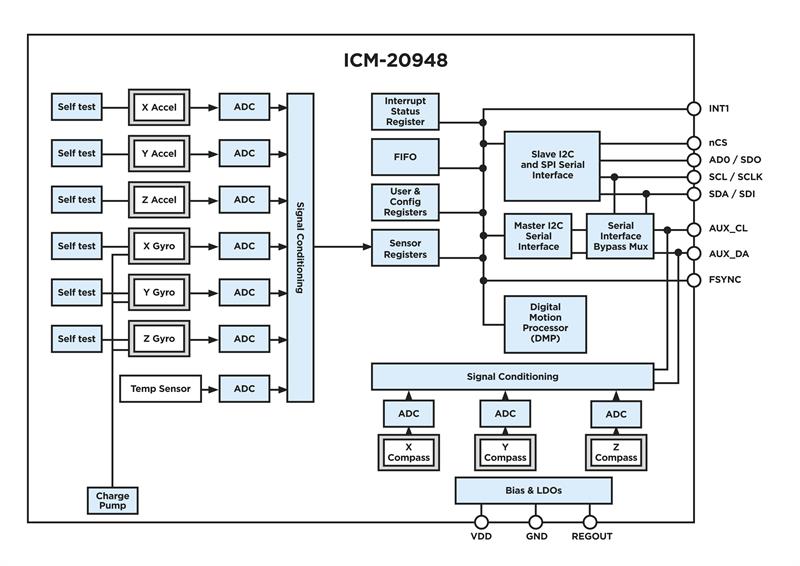 One of the biggest applications for MEMS in medical applications is pressure sensors. They can be used in ventilators to monitor respiration rates, in dialysis equipment to measure the inlet and outlet blood pressure for flow regulation, and even in eye surgery. MEMS pressure sensors can be used for the detection of oxygen, carbon dioxide, calcium, potassium and glucose in blood, as well as drug infusion pumps. They are also instrumental in continuous positive airway pressure devices for treating sleep apnea, and in negative pressure wound therapy.

Non-invasive blood pressure monitoring is used to measure a patient’s systolic and diastolic blood pressure via the largely familiar inflating arm cuff. Pressure is applied to the arm until the artery is occluded, at which point the blood stops flowing. Pressure is released until blood starts flowing (normally detected audibly), giving the systolic pressure. As the cuff’s pressure reduces the medical professional will no longer be able to detect audibly the flow of blood in the artery; the diastolic pressure. Using MEMS-based sensors, non-invasive blood pressure monitoring can be largely automated and it is one of the biggest applications by volume for MEMS pressure sensors.

MEMS has the potential to transform many aspects of medical care; the concept of a lab-on-a-chip will lead to fast and low cost diagnosis in remote locations and developing countries becoming a reality.

The technologies used to manufacture MEMS devices are also employed in the development of nanotechnology and the two are closely related. This will see the sciences of microfluidics further merging with microelectronics, while the introduction of new materials such as carbon nanotubes and graphene offers even greater potential.

The substantial miniaturisation combined with high fidelity sensing made possible by MEMS already has incredible medical uses today, but currently we are just at the beginning.

There is a veritable smorgasbord of MEMS technology now emerging that will be of value here. In the future, this will be utilised to improve the quality of patients’ lives and enhance the effectiveness of the diagnosis process.

Surge in demand for MEMS pressure sensors in medical electronics

MEMS to be $8bn industry