Cadence Design Systems’ Steven Lewis discusses why analogue design will persist, and why the analogue world often finds itself grappling with the same problems.

Steven Lewis has been at Cadence Design Systems for 30 years. Over that time, the Electronic Design Automation (EDA) industry has been transformed. The advantage of being on the EDA side of the fence is that, in order to build the right tools, you have to be ahead of the what design engineers will want to do in six months’ time, or in a year’s time.

Lewis is a Director for Custom IC and PCB Group Product Management, and works in the company’s analogue group. He has seen how analogue has changed, but also how some challenges have persisted. Whenever a new electronic component emerges, he explains, there is a role for analogue design.

Lewis discusses the different behaviours exhibited by different transistors when they are used in electronic circuits. The emergence of FinFET transistors, for example, meant the analogue world had to do a lot of learning and experimentation in order to adopt that new type of transistor. Using it within even a classic analogue circuit would throw up variables that had not emerged before. But the importance of analogue is far simpler than that.

He adds, “When I say that the world is analogue, the point is, anytime electronics interface with the real world – whether that’s a consumer, a human, an animal, the earth, space – when you do that, you’re talking about analogue circuitry.” 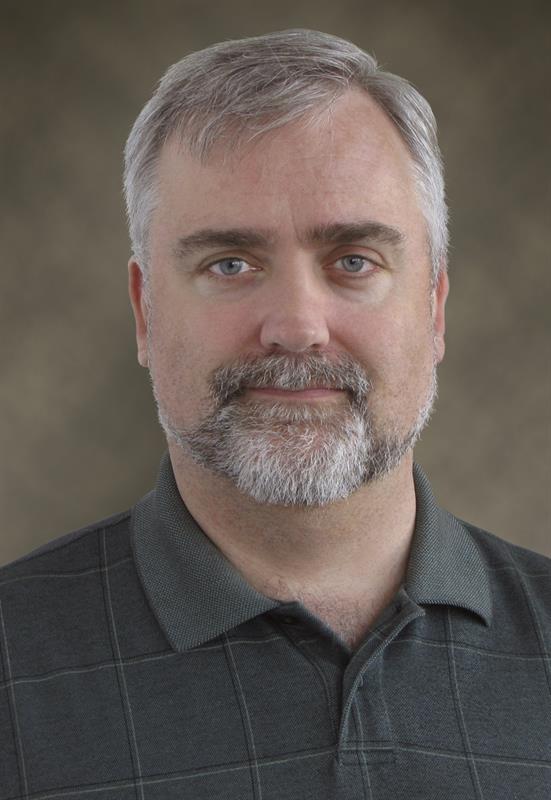 What is analogue? Lewis uses the example of a mobile phone. To have a conversation on a phone, a real-world voice has to be translated into a digital format, sent to the other person’s phone, and then put back together. Crucially, the sound that comes out the other end must still sound like the person’s voice. Lewis explains, “That’s the work of analogue. Fidelity, accuracy, a replication of the real world into the digital world. Once it is sent into the digital world, it may be processed, converted, and sent back out into the real world again. That process is also the work of analogue.”

Technological advances mean that humans are increasingly interacting with the electronics world, and this trend will continue. Lewis says, “If you think about buying a car today, that automobile is probably loaded with all kinds of safety features – anti-lock brakes, the ability to sense oncoming traffic, the ability for the car to stop itself.

In this example, analogue circuitry is being used to detect what is happening in the real world. In time, and with the growth of self-driving cars, those electronics will then make decisions about what should be done. That might mean the vehicle comes to a stop having sensed a person is in the road or that the road is icy, or that it adjusts its speed having sensed it’s being driven too fast or too slow.

The robots aren’t taking over

There’s a lot of chatter about automation taking jobs. Lewis recalls a recent visit to McDonalds. You order your meal and pay using computers. The only human interaction is when you collect your order.

You start to imagine machines replacing humans, but the robots aren’t taking over just yet. Those electronic devices still require human interaction. Lewis explains, “We still have to input data, we still have to get data out. That is the world of analogue – humans interacting with electronics.” He adds that there are still a lot of questions around “the future of automation and what kind of disruption it will bring for the human workforce”, but for the electronics industry “analogue plays a big role in that, because we’re still interacting with humans”.

A big question that will be answered over the next decade is how humans and electronics work together. The analogue world has a big role to play in this as “all of those interfaces take some sort of analogue circuitry”.

Will all analogue become digital?

“When I was in school a million years ago, in the prehistoric age, everyone was saying everything will be digital. Digital, digital, digital!”

“Lo and behold, what’s happened with smaller and smaller transistors on the digital side is that they start to exhibit analogue behaviours. The design might be regimented, but because we’re dealing with a billion soldiers or 10 billion or 100 billion, it’s possible that one of those soldiers goes rogue. Trying to find one rogue soldier, and what that might impact, can become a bit of an analogue-type of a problem that we need to look into.”

Of course, the regimented nature of digital, does have some advantages. Lewis explains, “It becomes a very easy to write a test pattern or to be able to flip a bit – when a signal should be on but it’s off or vice versa – and then test for that. I can send a foul signal into my digital world, and then I can see what comes out on the other side.

“In analogue, because there are so many different variables, it’s not so regimented. It’s regimented by physics. It’s regimented by engineering, but it’s not as regimented in terms of preciseness of design that is always repeatable. And because of that, when you test analogue and try to figure out what is going on, it is a lot harder.”

Testing is one area that is seeing a lot of progress. The analogue world has made great strides in developing new tools that analyse analogue circuitry, but it has been missing the automated testing that is widely used in the digital world. This is changing.

Lewis explains, “New test methods and techniques are emerging now. You’ll hear talk of fault simulation, or fault testing, and IEEE [the Institute of Electrical and Electronics Engineers] is working to bring up standards here.

“In analogue, one test isn’t enough, and neither is a million. There’s always something more that could happen. Fault simulation is trying to be more judicious in what we test. We can run to a million variables, but of the million variables, ten of them are likely to happen, and 990,990 are not likely.

“They could happen, because it’s the real world and anything can happen, but we have to determine these ten things that could cause us the most trouble and figure out how we test for them.”

IEEE, together with the electronics industry including Cadence and its competitors, is working on defining what standard analogue fault testing will be. The idea is that, if an analogue circuit is built with a certain set of things and it passes certain tests, the designer can know that that the circuit is likely to function correctly during its lifecycle.

“The variability of the human world, that’s the hardest thing to test for. We have to figure out how we can test so a design is safe, but it doesn’t take a million years to get it off the designer’s desk.”

The analogue world has a huge role to play in shaping the development of emerging technologies. Lewis says, “Technology changes, people change, how we want to interface with technology changes. It’s constantly changing and evolving. The world doesn’t go backwards. We push forwards. We will continue to do more with electronics.

“As long as we have that forward progression, there will always be analogue. And analogue will always have something new, something that we hadn’t thought of before that we now need to test for. That’s my philosophy as an old man with a grey beard.”

Analogue design, Lewis jokes, will be needed “as long as you and I haven’t turned into robots”.

Electronics Design Show: Will you be attending?

How will you turn increasing network traffic into your advantage?

Will disruptive technologies be better weathered by the hi-tech giants or small specialist firms?

Will you be at the 'must attend' Electronics and Embedded Design Shows?