As the maker-market thrives, a new breed of engineer has appeared, and one which needs some nurturing.

Fuelled by the rise of the Internet of Things (IoT), hobbyists are presented with a breadth of opportunity that previously never existed. This has given birth not just to likes of maker-aimed companies like Raspberry Pi and Adafruit, who focus their efforts on teaching the art of electronics, but also to solution providers whose clients mostly comprise start-ups and hobbyists.

In fact, Studio Graphene, a company that specialises in digital product design, app development and IoT solutions, claims at least 70% of its work comes from start-ups. “They tend to be ones who build things from scratch,” says founder Ritam Gandhi. “We’ll work with anyone, but it just so happens that in the world we live in, a lot of corporates are scared to innovate.”

This fear derives from the unknown. Businesses which are doing well enough without innovation have no need to take the additional risk that comes with it. It’s not that these companies lack the talent, resources or finances, but the larger the company, the more there is to lose. “They’re scared of failing,” Gandhi confirms. “Innovation is inherently risky and corporates are often too nervous to take a risk that may harm their reputation or harm them financially. But, if they want to innovate, they need to be open to taking these risks and feel that they are free to fail.”

He believes that up until now the UK has restricted innovation because there was no company delivering the services Studio Graphene does. “Start-ups couldn’t afford to develop, build and test their ideas.”

Gandhi's background is in consultancy, and it was this that inspired Studio Graphene’s offering. “I wanted to bring a more advisory delivery approach,” he says. “I couldn’t find any company that provided start-ups with product management, a strategist, someone who had experience of building products – a whole suite of everything needed to make an idea a reality at a sensible price point.”

Fen Technology sits within this service bracket, delivering what it’s Managing Director, Patrick Nicholson, calls a 360-degree development offering, from design and planning, to product execution and support. Recently, the Cambridge-based company was acquired by the development consultancy Inspiralia, headquartered in Spain, in a strategic move to exploit the university town’s location.

“We saw a huge opportunity for growth,” Nicholson says. “Accessing Cambridge has given us a cutting-edge resource capability in electronics. We are now in a position where we can compete with anyone worldwide.”

Nicholson explains that it utilises Cambridge’s location to pull in any expertise the company may not have. “We don’t shy away from accessing the rich eco-system. There are so many vertical markets, it’s impossible to have all of that knowledge under one roof.”

He points to one example of a client wanting to create the best amplifier in the world. “The client had a background in engineering and knew exactly the specification that the amp had to respond to in order to reach this target. But it just didn’t seem possible to do with current technology, so they came to us.”

Fen Technology leveraged an existing signal processing and hardware design developed for electromicroscopes that focuses its electric beam and keeps it coherent. However, in order to confirm their theory that a similar technology could be developed and used to create such a high performing amplifier, Fen Technology interacted with a retired acoustics professor.

Despite offering a similar set of services, Gandhi says that Studio Graphene rarely partners with others. “Occasionally we’ll pull in a bit of consultancy help from our network where we are limited on resources but generally speaking, it’s the same team.”

In fact, both do agree that having the same team involved throughout the whole process is a crucial factor of a technology provider.

“We’re transparent,” Nicholson says. “Who you see is who you work with. We’re all experienced engineers – our customers talk to them and work with them.” He explains that Fen Technology divides itself into two broad groups: software and hardware, describing itself as having a “flat structure with no bands”, with its team working shoulder-to-shoulder and sometimes interchanging between the ‘spilt’.

Transparency is also given in terms of honesty and intellectual property (IP), he adds.

A worry for many – particularly start-ups – is IP. To combat this fear, Fen Technology takes no ownership of the product. “The IP is the clients. The underlying know-how stays with us, but anything that can be patented or protected is the clients.” And Nicholson believes this not only builds trust and encourages customers to work with them, but it also brings back customers. “We’re more likely to be hired again because we know the IP back to front and we can further extend it easily.”

Apart from IP, he explains that customers also value an honest opinion. “It’s not in our interest to develop a product that won’t sell. If a customer succeeds, they’re happy. If they’re happy, they’ll use us again. I’m keen on challenges, but if, for example, the price point or market isn’t right, then it’s not going to be a good product.

“We always try offer ideas to make a product work, but it depends on our level of involvement,” he contends. “We do like to get involved though and ask our customer ‘why are you doing this?’. It’s all about listening to your clients and being able to adapt.”

He explains that Fen Technology works around its clients, either acting as an independent unit where it completes the work for the customer, or embedding itself into an existing team.

Fen Technology has become a “good listener” in its 16 years, Nicholson says, looking at the customer’s needs – such as market size, trends and time-scales, as well as ensuring a product is pitched at the right price in respect to customers and competitors. “When you’re in the sector for long enough you develop an intuition as to how the market is evolving.” 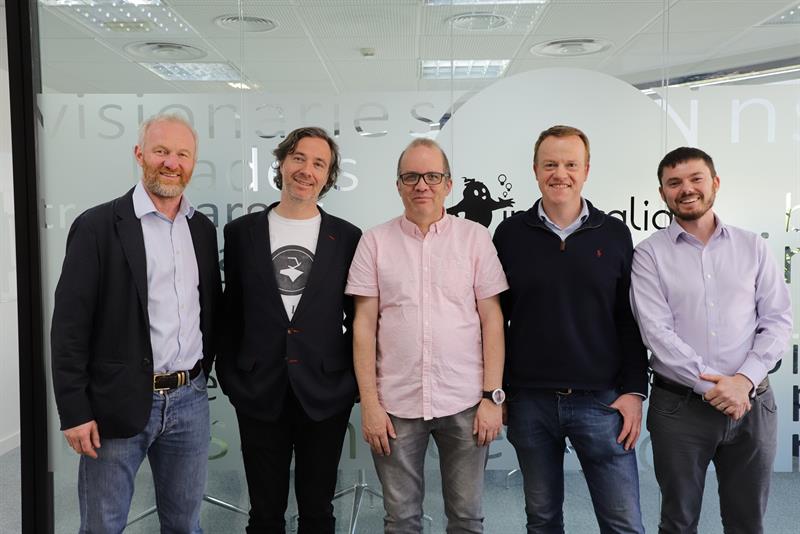 Nicholson also reveals that Fen Technology has, what he thinks, is a unique advantage in that it gets insights from suppliers, for example if a component is going to be replaced. “We can suggest to a customer to get an alternative because we know the one they want will be substituted.”

Both Nicholson and Gandhi stress the importance of time-to-market and suggest speed is an added benefit of a technology provider. “We’re lower risk,” says Nicholson, “we’re more likely to be able to assemble a dedicated team and pull in resources quickly, meaning we can deliver the work faster.

“We’re small and flexible and that means we can move very quickly. We recently beat our own record, designing and delivering new boards in just four days.”

However, despite the end-to-end support technology providers like Fen Technology aim to deliver, Nicholson emphasises the importance of a customer asking themselves some same questions Fen Technology will ask them, before approaching it with an idea. This includes not just the ‘why’ and whether the price-point is right, but also determining if a product can be differentiated from the competition, and whether it’s possible to deliver such a product in the time-scale required. “You have to be able to predict your position,” he explains. “You might be competitive today, but by the time you get your product commercialised the market will have evolved. Are your budget expectations and time-scale realistic? Ask yourself: ‘can it be done?’”