By 2020, for every human, there are expected to be 26 smart devices and if that forecast from Intel is accurate, that means around 200billion connected ‘things’.

By 2020, for every human, there are expected to be 26 smart devices and if that forecast from Intel is accurate, that means around 200billion connected ‘things’.

The collection of data, whether from smart home devices, connected cars or wearables, is the very foundation of the Internet of Things (IoT) and this rests upon the deployment of sensors. As the world becomes more connected, the function of the sensor will become ever more essential.

“Sensors will be one of the major growth markets of the future,” says Thomas Riener, Senior VP at ams. “Everything is getting connected and as things become connected, these smart devices need to be given a way to see, hear, feel and smell.”

“The sensor is vital,” agrees Ben Lee, CEO of mCube, a company that specialises in what it calls ‘the Internet of Moving Things’ (IoMT), a term Lee coined to distinguish mCube’s offering. “The original raw data has to be accurate, otherwise the processor is just processing data that is ‘garbage’.”

“The IoT comprises of three key elements, that’s the sensor, the connectivity (microprocessor) and the Cloud platform. Sensors are the start of the process, but I wouldn’t call them the heart of the IoT,” suggests Patrick Nicholson, Managing Director, Fen Technology. “For example, if you’ve selected the wrong communication channel, it can become overloaded and as a result, data can’t be accessed. You need all these components to work together of course, but what’s really important is what you do with the data.”

According to Lee, the IoT has helped to drive the sensor industry and the way in which mCube operates. “Our customers don’t often have the capability to develop custom algorithms for motion and sensor fusion software, some of them don’t even understand electronics. More of our customers are asking if we can provide the entire module.”

Lee explains that mCube’s recent acquisition of Xsens was driven by this trend. “We wanted to become the best in sensor fusion software and module system development, so leveraging Xsens’ expertise to support and grow the IoMT market was essential”.

For companies like ams the IoT is becoming a key focus, according to

Riener. “The first wave of semiconductor demand was the PC, the second was the mobile phone. We believe the IoT is the third.”

While Lee agrees with Riener, he argues that the term itself is flawed. “We are starting to see the end of the rise of the smart phone and people are beginning to worry what’s next.” He suggests that the IoT has derived from a panicked search for the ‘next wave’, with the industry “throwing everything that could possible happen” under the same phrase.

He explains this is what inspired him to coin the term, IoMT. “You need to have a focus and define what part of the IoT market you’re in. For mCube we’ve identified things that are moving.”

Lee points to an interesting mCube use case with gas pipes in Japan – something which one wouldn’t consider as ‘moving’.

After an earthquake, pipes can move, he explains, posing stress upon the joints which can lead to leaks and ultimately, explosions. mCube sensors were placed onto the pipes to detect and measure tilt to avoid accidents in the future.

Due to the environment, the sensor needed to be wireless and have a battery that lasted at least 10 years, Lee adds, and both of these are among the trends he identifies within the market.

“We’re seeing an increasing need for miniaturisation and a reduction in power consumption such that the technology can disappear while consumers enjoy the benefits of improving daily life.”

He imagines a sensor-led future where the IoT becomes something he calls ‘the Internet of Nothing (IoN)’, in which everything will be connected, but the physical smart devices, i.e. the mobile phone, will disappear. 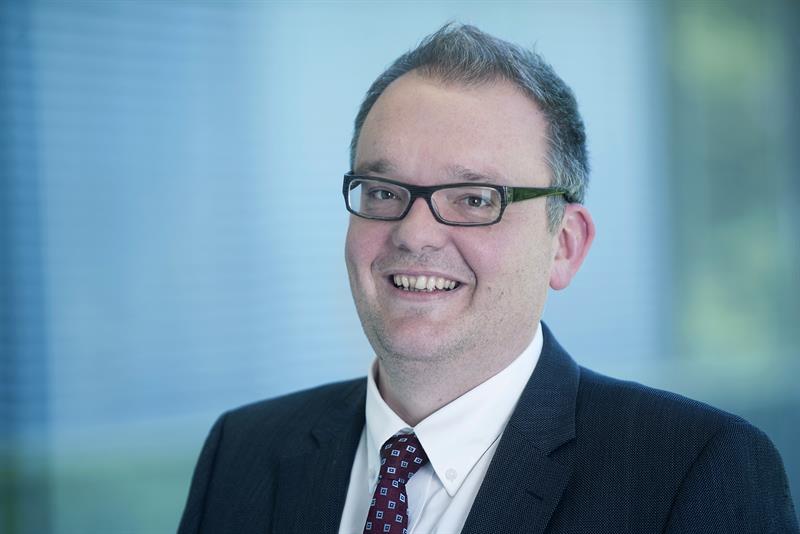 “Humans weren’t meant to do all this finger swiping and staring at small screens,” he contends. “In the future, you’ll still be able to communicate with anyone in the world, but in a more natural way. You’ll no longer be relying on a particular device, but ‘invisible’ technology which is everywhere.

“Today you’re wearing one sensor, like a FitBit. In the future, you’ll be wearing thousands. You’ll put your pyjamas on, for example, and they’ll be full of sensors that will help you sleep better – but you won’t be aware of their presence.”

“I’m deeply convinced the networking of devices is going to grow further and provide more demand for sensors,” adds Riener. 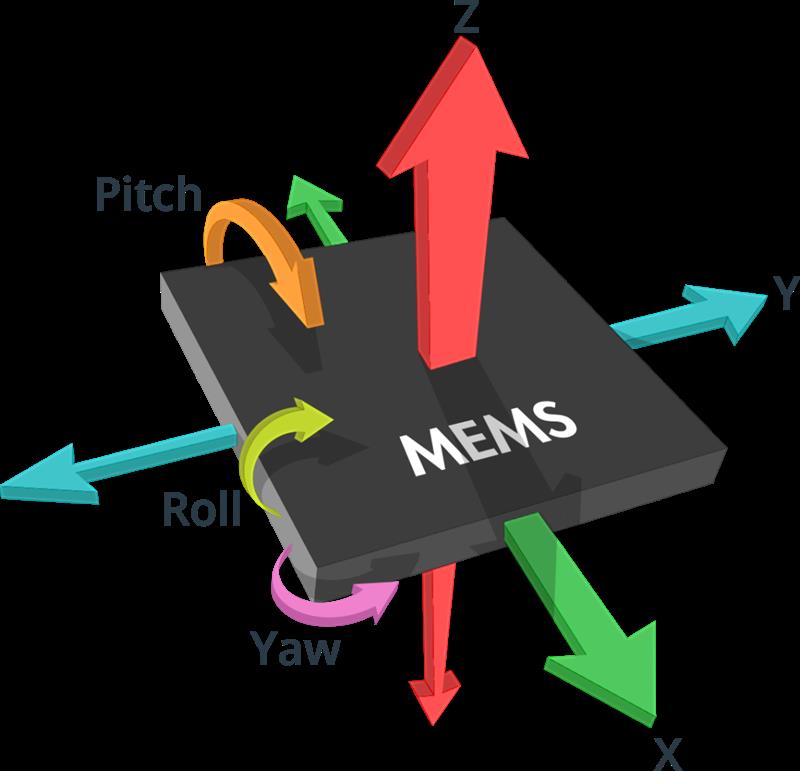 But for Nicholson, the future is in the software not the hardware. “It will be about how clever the device is and what value-added features can be included. These additional features will be based on the data companies collect from their customers.”

Software is the key

With an app, Fen Technology has enabled a smart lawnmower to remotely cut grass. “That’s a useful feature,” explains Nicholson, “but the really useful part is that we gave the company customer insight, revealing how they used the lawnmower.”

e points to predictive maintenance as a huge market when it comes to the IoT.

“If you have a sufficient data set you can carry out clever analysis and identify trends. You then begin to not only understand your customers, but you can also intelligently predict the future.

“We are going towards this idea of the IoN, driven by easier interoperability, but unfortunately they’ll be a natural limit. Not just because of the cost restrictions, but because of the actual usefulness of the information. There has to be an intelligent reason as to why something becomes connected. Otherwise it just becomes a premium product which won’t see any valuable return in sales or data.”

Despite Nicholson’s reservations, Intel envisions a similar scenario to Lee. A connected world where devices – such as weather drones and smart street lamps - work together to improve safety, efficiency and lifestyle, powered by the data detected by billions of sensors.

Occi is an example of this kind of ‘seamless’ technology already in practice, pushed by the challenge that online ‘pure players’ like Amazon, which utilises web cookies to gain customer insight, pose on retail stores.

“A store is covered in mesh sensors every 100sq metres which are configured with a unique algorithm. One ‘master’ sensor is connected to the Internet and each is designed to detect RF and Wi-Fi signals from a shopper’s smartphone to sense geolocation and movement,” explains Gabriel Mulko, Occi’s Marketing Manager. 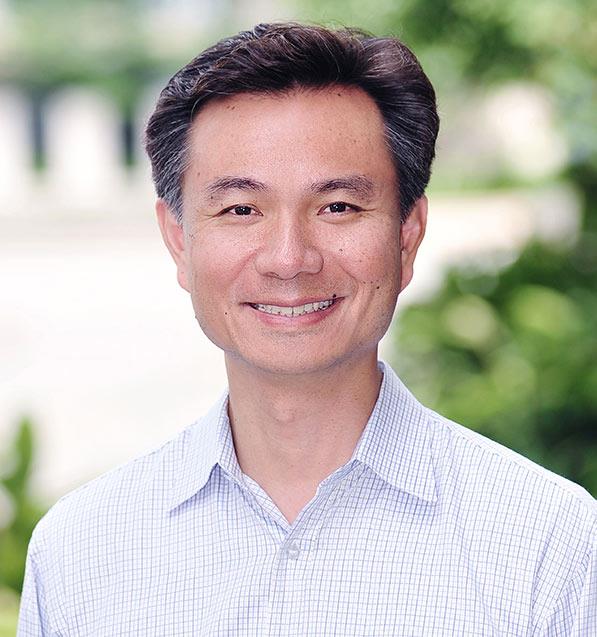 Data can be enhanced further, with shoppers signing up to loyalty schemes that enable the geo-data to be merged with receipt purchases. This means that the store can make intelligent changes to layout, or tailored discounts.

“For example, if a customer spent 10 minutes looking at TV sets, but didn’t purchase one, the store could offer that customer 10% off TVs for the next visit,” says Mulko.

In a move intended to help streamline large-scale IoT deployments, Purdue University and the University of Virginia have developed a fabrication technique called ‘transfer printing’ that produces ‘electronic stickers’. This by-passes several manufacturing steps and the associated costs by using a single wafer to build an almost infinite number of thin films holding electronic circuits, the researchers say. It also enables any object to sense its environment or be controlled.

A sticker could, for example, be placed onto a non-electronic, unconnected object like a flower pot. In theory, it would transform the flower pot into a connected object, sensing temperature changes that could affect the plant’s growth.

The sensor is an integral part in the IoT and as more things become connected, the world will start to rely more and more on the data they collect.

However, as Nicholson says, “the companies that are going to ‘win’ will be the the ones that understand how to use that data.”

Demand for automotive sensors is booming