The BBC’s Research & Development department has been at the forefront of innovations in broadcast technology since the 1930s and the Corporation’s role in R&D – which is to provide ‘a centre of excellence’ – is enshrined in its Royal Charter.

With research laboratories in Manchester and London, BBC R&D has more than 100 specialist research engineers, scientists, designers and producers and works across every aspect of broadcasting. Over the past five years, it has focused on the way in which the Internet has been changing the ways in which media content is consumed.

According to Jon Page, head of operations for BBC R&D: “The BBC has to be able to adapt to the way in which people access our content, whether they are readers, viewers or listeners. Today, they are far more demanding about how, where and when they consume content.”

Broadcasting is being impacted by three technology-driven changes: the internet; data; and how content is being consumed.

“Not only do they impact on the way people access media, but we, as broadcasters, need to better understand how we can best get that content to them and how to produce it,” Page explains.

A new broadcast system
Content is moving towards what Page describes as a ‘non linear’ form of delivery. Rather than produce one piece of content, the BBC is looking at creating objects. “At the heart of object-based broadcasting is the idea that we will be able to manipulate every piece of media as a single entity. Each piece of content that’s produced – whether that is video, audio, metadata or scripts – will be left as an object. Each will then be given a time stamp and unique identifier.”

Those objects can then be reassembled in any form and run at any length.

“That will be determined by how the content could be delivered and how the user will view it,” says Page.

“This object-based approach was spawned from work we did with responsive radio,” explains Matt Brooks, a senior BBC R&D engineer. “That involved taking a radio documentary, then recoding and reconstructing it into its different elements. We worked out when we needed to add music and special sound effects, then developed algorithms that allowed us to shorten or expand the story dynamically.

“We were looking to deliver various levels of detail that could be tailored to different listener needs,” Brooks explains. 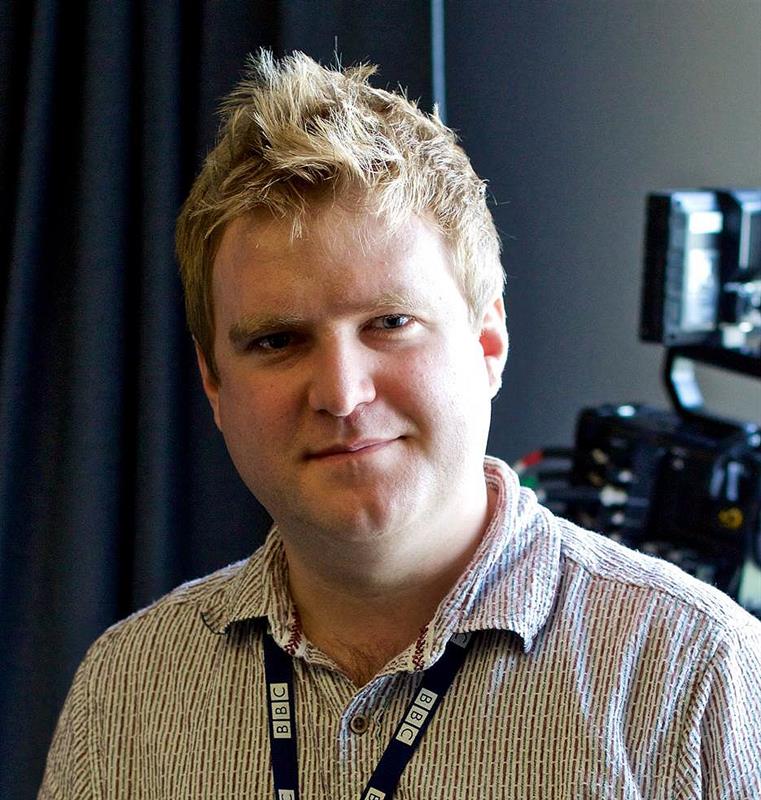 “They are fundamental as they will allow for a whole range of new content experiences to be produced based on the reuse of existing metadata,” he adds.

“By using them, we can deliver a much richer mix of content, much of which would previously have been left ‘on the cutting room floor’.”

In order to make and deliver this content, BBC R&D has developed a new studio concept – the IP Studio – that will be able to deliver content over IP networks.

“Without question, IP networks are capable of delivering the broadcast quality associated with video,” Rawcliffe says. “The key issue has to be how IP will change broadcasting in terms of content types and whether we can generate content more efficiently.”

While the commercial sector is certainly interested in object-based broadcasting, its focus is, unsurprisingly, on using it to deliver tailored advertising.

In contrast, the BBC, by dint of being a public broadcaster, can focus on programme production and developing creative applications.

Rawcliffe believes that the BBC is well placed to explore the concept. “Our work involves a lot of experimentation with IP networks. While there are other IP solutions being developed by the industry, they tend to focus on using IP networks simply as a direct replacement for traditional broadcasting links and involve proprietary or semi-open solutions. That approach fails to take full advantage of the flexibility and creativity IP can offer broadcasters.

“It means they tend to be constrained by what is already being used. If you simply use it as a replacement for the traditional network, it’s of little value and you will limit the scope of what you can do.

“Our approach – and the development of the IP Studio concept – was that we needed to understand what it would take to produce programmes entirely on an IP network. How would it enable us to create new forms of immersive and interactive content for the next generation of services, for example? And, how do we equip our production facilities for an ‘Internet First’ world?”

Page and Rawcliffe believe the industry is waking up to fact that IP networks can provide a cost-effective alternative to traditional forms of broadcasting.

This ‘objects-over-IP’ approach is central to BBC R&D’s vision of a new type of broadcasting system capable of delivering a richer, more customisable viewing experience.

“The unique programme identifier and its timestamp will enable producers and editors to find and synchronise the most appropriate content wherever it is needed,” says Rawcliffe.

“Metadata is crucial to the creation of the identity model at the heart of the IP Studio. It means we can use software based APIs to communicate as much information about the content as we need.

“With each object having its own time stamp and unique reader ID, editors will be able to point at something which will never change. It’s a strong data model supporting all broadcast content.” 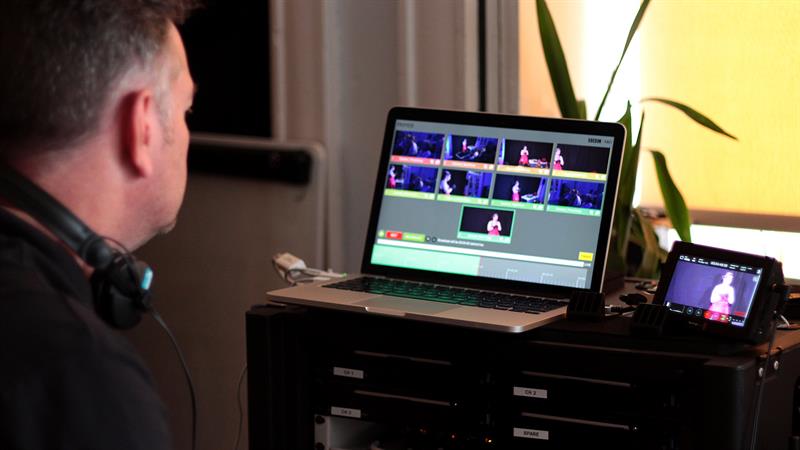 “We will not need traditional hardware,” suggests Rawcliffe. “All that’ll be required will be an internet connection to produce content. IP Studio will do away with the need for a large amount of bespoke cabling to support audio, data and video. Instead, the equipment we need to capture content will simply appear as discoverable devices on a workstation which can then be configured and re-configured by IP Studio over the internet.”

According to Rawcliffe, IP Studio will be a web service running in the Cloud.

Right: Object-based broadcasting will enable the manipulation of different types of media - video, audio and data

“It will be a massive step change for the broadcast industry,” he believes. “Interoperability will be crucial, however, especially if we are to fully exploit its upgradeability capabilities and its flexibility and we are working with a growing number of companies, such as Sony and Panasonic, to develop the standards to support it.”

According to Rawcliffe, the sheer amount of processing when it comes to video coding or managing high data rates will mean that dedicated hardware will still have a role to play. But, as computer power ramps up, the traditional delineated roles between hardware and software will blur.

“Currently, our prototyping is done on a Linux device and that can support up to 100Gbyte/s of video streaming in software and ultra-high definition video coding running at 50frame/s,” he says.

In the longer term, BBC R&D is looking to develop structured data models; once they are in place, it will be possible to capture more metadata, both explicitly from a production team and implicitly during the standard production process.

The BBC has conducted a number of trials using the technology.

“Both at the Commonwealth Games in Glasgow in 2014 and at this year’s Edinburgh Festival, we’ve proven that we can make it work. As we’ve started to gather these objects, we’ve been able to demonstrate what we can really do with the IP Studio concept,” says Page.

At this year’s Edinburgh Festival, the BBC set up and ran trials of various broadcast production tools and technologies, including its Nearly-Live Production tool, an audio processing tool ICoSOLE, and experiments with a new 360° video.

“Using our IP infrastructure, we could deploy a number of small, unmanned 4K cameras and use IP Studio technology to demonstrate new ways in which to broadcast live content,” Rawcliffe explains. “Using a platform called Primer, we captured and rendered video for a variety of broadcast environments – from traditional broadcast quality to web-based programming.”

Weather Forecaster and CAKE
IP Studio enables programme makers to create content that can then be adapted for the end user.

According to Page: “We can produce dramas that could be adapted for pre or post-watershed viewing. In a traditional linear world, you produce one file. However, if you can understand your audience, you’ll be able to use the IP Studio to change the types of content available and respond to how people are viewing it.”

To demonstrate this concept, the BBC has developed an object based weather forecast that can deliver a variety of different content to a varying array of client device types.

MediaCity in Manchester, home to BBC Research & Development in the north of England

“We recorded different presenters delivering the forecast in front of a greenscreen, time aligned that with the data stream containing the icons, the animation data to drive the WebGL globe and the subtitles.”

While BBC R&D developed a new front end, it also worked on a backend production flow making the content customisable and adaptable to different devices.

“We took the various assets for rendering in the playback client and built a rendering system for flattening the experience to linear video for delivery to clients unable to run the webapp,” Leonard explains. “Depending from where the user requested the information, we can customise its delivery, rendering the image correctly for whatever device was being used to access it.”

As a result, a TV incapable of executing code or a low-powered mobile device is recognised as such and is served a simple, traditional linear stream. At the same time, a device that is requesting the experience through a modern web browser can be served, the ‘full-fat’ reactive experience with all the enhanced client-side feature, according to Leonard.

Another IP Studio based production system is CAKE. Rather than a traditional cookery programme – a simple linear programme – it can customise recipes based on the viewers’ familiarity with ingredients and methods. It can also take into account tastes or dietary preferences, even how many people you’re serving.

CAKE reacts ‘in the moment’, according to project leader Jasmine Cox. “It moves at your progress, allowing you to create new dishes at your own pace and is based on information provided by the user at the start of the process helping to guide the system’s behaviour and configure a recipe schedule.

“Because it’s constructed as a series of objects based on metadata, says Cox, “we are able to define the relationship between different objects and, as the user progresses, we can redefine relationships between text, video and audio to provide an interactive piece of content.”

Concluding, Page said that, while none of this signals a move away from traditional television viewing, the BBC has begun the process of implementing a backbone that could transform the way in which content is delivered and programmes are made, developing a new relationship with audiences in the coming years.

UK R&D: is the focus too narrow?